The biggest problem with Puss in Boots is that it has come out five years too late. The feline adventurer voiced by Antonio Banderas was introduced to us in Shrek 2 back in 2004, and there’s no mystery about why he has broken out. Puss is a funny character, his swordsmanship and brooding machismo contrasting sharply with his adorably fluffy appearance and his habit of coughing up hairballs in mid-threat.


Banderas, ever the expert at overplaying his own suavity and manliness for laughs, has fit the role fantastically. It makes sense to give Puss in Boots his own movie, without the ogres and the donkey to cramp his style. And yet, because seven years and two other Shrek sequels have passed since we first met him, the current spinoff inevitably seems rather stale. 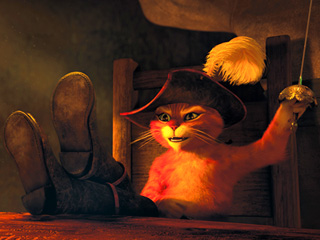 The movie begins far away from the kingdom of Far Far Away, as Puss hears of a golden-egg-laying goose that’s accessible only through some magic beans in the possession of Jack and Jill (voiced as a couple of bickering rednecks by Billy Bob Thornton and Amy Sedaris). However, another cat is on the job: the beguiling pickpocket Kitty Softpaws (voiced by Salma Hayek), who’s unfortunately in the employ of Puss’ former best friend, Humpty Dumpty (voiced by Zach Galifianakis). Puss can’t trust Kitty and Humpty, but working with them may be his best shot at getting to the bird.

The film does get off to a nice start, with a frenetic chase scene after Jack and Jill catch Puss trying to steal the beans, which leads somehow to a dance-off between Puss and Kitty. The animators have a great deal of fun animating the ungainly Humpty, who frequently moves from place to place by rolling and wears a funny disguise while trying to blend in with the golden eggs. 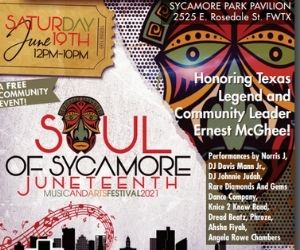 Yet the story loses a great deal of momentum during an extended flashback with Puss detailing his literal falling out with Humpty — you’ll sympathize with Kitty, who falls asleep while he’s telling the tale. The movie’s barren desert setting only reminds us that last spring’s Rango used the tropes of Westerns more inventively. It’s a shame that director Chris Miller botches the introduction of “The Great Terror,” the goose’s guardian, whose ultimate entrance is an amusing gag that should have been gut-busting.

For all the sight gags emanating from him, Humpty fails to pull his weight. He’s a starry-eyed dreamer turned embittered ex-convict, and while Galifianakis does well with the dreamy part of the role, he seems lost as to how to make this character funny. The story’s supposed to turn on Puss’ long and complicated relationship with him, and this movie can’t get us invested in these two the way Shrek made us care about the ogre. Puss in Boots will mildly divert the kids without offending the adults, but given the great comic character it’s built around, it still should amount to more.