Since the holidays are right around the corner, I know you’re dying to hear about the 2012 Fort Worth Weekly Music Awards and Music Awards Festival. For 2011, recall, we had nearly 50 bands –– all from the 817 –– performing in eight venues in the West 7th Street corridor on a single July afternoon. For free. For the ballot, we had nearly 200 nominees –– all from the great 817 –– and received thousands of votes. For 2012, I have to say that narrowing the nominees for best album and best song down to six per category is going to be mighty difficult. 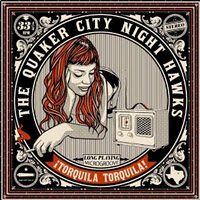 Even though only six months have passed since that last competition, what seems like a zillion new indie albums have come out, good albums, including but not limited to Burning Hotels’ eponymous album, Fungi Girls’ Some Easy Magic, Quaker City Night Hawks’ iTorquila Torquila!, Secret Ghost Champion’s Psychosomatic Immortality, Phantom Caste’s eponymous album, Jefferson Colby’s Dinosaurs & Fireworks, The Apache 5’s Big Black Smoke EP, JJ & The Rogues’ Stare Down EP, Wild//Tribe’s Endless Nights, and Automorrow’s No Rest. Plus, new albums are on the way soon by Tame … Tame & Quiet, EPIC RUINS, Blood of the Sun, The Cleanup, Rivercrest Yacht Club, Kevin Aldridge & The Appraisers, The Underground Railroad, Mon Julien, and The Theater Fire. And those are just the ones I can remember off the top of my head. The moral of the story is that, man, Fort Worth is flooded with passionate, hardworking indie musicians, the most I’ve seen in my 10 years here. When I first started at the Weekly, you could count on one hand the quality Fort Worth bands. Now, there’s no telling: 75? 100? Granted, Fort Worth’s population has increased over the past decade, but still. A buddy of mine recently came down from Pittsburgh, and I asked him what the local music scene was like up there. “There is none,” he said. Now, nothing against my hometown, but my adopted hometown seems to be pretty special. Wonder what it’s going to be like here in another 10 years.

And now a message to the pop-musically inclined youth of America (specifically “of Fort Worth”). OK, kids. Stay in school, say no to drugs (at least the hard ones), don’t give your parents any smart-alecky backtalk (why I oughta …), and be leery of online promoters. If you ever log on to that thing called Facebook, you’ve seen them. They send you a message telling you you’re great, offer you a show at a local club, and then give you a stack of tickets to sell. Who gets all of the money? Not you, Mr. or Ms.Young Musician. The clubs and promoters do. Now, there’s absolutely nothing illegal about paying to play (unlike in radio). But there’s something a little dispiriting, sad about it. The people doing all the hard work, the musicians, don’t seem to be getting anything other than a chance to perform. If you’re that desperate to be seen creating a racket, then throw a house party for all your friends. Otherwise, fight for your right to be paid for your art. An easy way to discern a real promoter from a pay-to-player is to type the name of the promotion company into Google followed by the word “scam.” A million message boards will appear. As your parents would say: Do your homework!