At first, I was worried that it might turn into The Where House, now a hangout for so-called hipsters. Then I realized that, without alcohol, they would not be showing up. I’m glad a place like this is in Fort Worth, and I hope their future is a good one.

First, it was inappropriate for Kristopher Franks to put a visual aid on the word board. The word board is a tool for learning vocabulary. If the students ask for visual aids for a word on the board, the teacher can direct the students to the appropriate resource. The school library would be a good place to start.

Second, I infer from the article that Mr. Franks needs to be trained in classroom management. In my opinion this situation would not have escalated to this point if proper classroom-management controls were in place.

Third, Franks needs to be a role model for the students. The disruptions would have been a good time to show the students how to deal appropriately with what may be viewed as bullying. In real life the students won’t always be able to run to an authority figure when they feel bullied.

It’s All a Cult

To the editor: Dave McNeely’s “Perrys on the Run” column (Oct. 19, 2011) was a good political analysis regarding Perry and his march toward the White House. He will prevail over all the political pandering and rhetoric that is designed to discredit him — particularly for not distancing himself from the religious leader Robert Jeffries and his assertion that the Mormon religion is a cult. So what? Perry doesn’t endorse the minister’s propaganda. Besides, all religions can be classified as cults since the definition of the word translates to a deep conviction, devotion, and belief in a person of faith.

To the editor: E.R. Bills’ commentaries are always well written and apropos. His latest sound-off, about the “Wrong War” (Oct. 5, 2011), was illuminating and should inspire those with the intellect to do something about this economic warfare instead of resorting to their cavalier “que sera sera” attitudes. Avarice is the calling of the day, and so many of us “sheep” can only go baaaa. Where’s an advocate for us, while the big dogs just occupy their supercilious seats with impunity?

Thank you Mr. Bills, for using your journalistic pen to expose misdeeds by corporate America. It’s sad that some who have the power to rectify the problem are so pusillanimous.

To the editor: In a recent story about our situation (“Paradise Drowned,” Oct. 12, 2011) reporter Peter Gorman erred on a key point: He quoted my wife, Annette, as saying that the issue of part of the land being in a flood plain came up prior to our buying the house. In fact, the issue came up between the mortgage company, the title company, sellers’ realtor, and our realtor, but we were never told of the possibility of our being in a flood zone prior to purchasing the land. Depositions, trial testimony, and discovery produced will confirm that we were unaware of flood zone issues, and in fact, we received a HUD Flood Certification for signing at closing that stated the property was not in any Special Flood Hazard Zone. The issue didn’t come up until five months after the close of escrow, when our property succumbed to flash flooding, at which time a neighbor called us and informed us of flood issues and directed us to the Parker County flood plain administrator, which led to an unpleasant call to our realtor and subsequent civil suit. During the discovery phase of our civil suit against our realtor and sellers’ realtors, numerous flood determinations surfaced.

Editor’s note: In the story, the Daniels’ position on this matter was incorrectly stated. Fort Worth Weekly regrets the error. 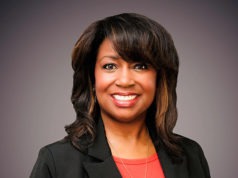 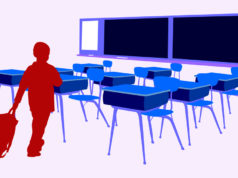