There are a lot of ways you could describe Searching for Sonny, the debut feature from writer-director and Fort Worth native Andrew Disney. The movie concerns a chronic underachiever who gets pulled into a series of bizarre events with friends at his 10th annual high school reunion. You could call it a comedy-mystery, a whodunit for the twentysomething crowd, or an old-fashioned caper film. Disney found his favorite description in a tweet someone sent out after Sonny had its world premiere last month at the Austin Film Festival.

“Somebody tweeted that it was the first ‘slacker noir,’ ” Disney said with a laugh. “I really like that term.” 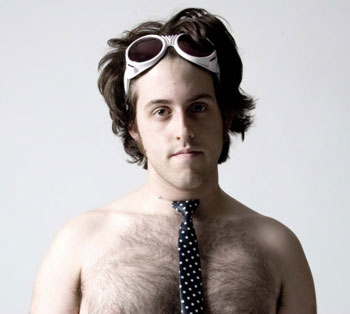 Whatever you call it, Searching for Sonny –– which had its Fort Worth premiere last weekend at the Lone Star International Film Festival –– represents a coup that any first-time indie director would love to score. Disney got to shoot the film in his hometown, using beloved locations like Ol’ South Pancake House and his alma mater, Trinity Valley School, and he also got to cast old friends in small roles and on production gigs. But thanks in part to a killer Los Angeles casting agent scored for him by his producers at Fort Worth/New York-based Red Productions, the filmmaker also wooed and won several of his favorite TV actors for the movie, including Jason Dohring (Veronica Mars) in the lead role, Minka Kelly (Friday Night Lights), Masi Oka (Heroes), and Michael Hogan (Battlestar Galactica). They came to the Fort for a six-week shoot in 2010, getting paid less than they normally do but bringing 100 percent professionalism and commitment to the project. Disney has high praise for all the actors, but he was especially impressed with Dohring.

“Jason usually stole all his scenes [in Veronica Mars],” Disney said. “He approaches his craft with such intensity. We’d be going through a scene, and Jason would think something, and you could see the thought fluttering across his face. He always wanted more takes.”

The Searching for Sonny ball started rolling after Disney shot a 2009 spec trailer for the movie and received a lot of internet buzz (“Disney’s World,” May 20, 2009), primarily because he used a hot new high-definition video technology known as DSLR (Digital Single Lens Reflex). Although Disney originally intended to shoot the entire film using DSLR, the project became bigger after Red Productions and private investors got on board. In some ways, the shoot turned out easier than he thought it would be. His producers made sure the smaller production details were taken care of so Disney could concentrate on working with the actors and cinematographer Jeffrey Waldron. Still, making a feature film is a process that can be learned only by jumping in and doing it. Disney graduated from New York University in 2007 with a bachelor’s degree in film, and as much as his professors taught him about artistic discipline and focus, they didn’t quite prepare him for the business side of getting a film made.

“They never answered the big questions that all filmmakers have, which are: How will my feature get funded, distributed, and marketed? and How can I set things up so I can do this again and again?” Disney said with a chuckle. “Maybe I was in the wrong classes.”

The young director, who earlier this year earned an inaugural Visionary Award from the Fort Worth Weekly for his film work, has been influenced by all kinds of filmmakers, including Spielberg, indie king Wes Anderson, Zemeckis –– “I love ‘ride’ films,” Disney said, “movies that take you for a ride” –– and screenwriter Shane Black, famous for banter-filled action flicks like the Lethal Weapon movies, The Long Kiss Goodnight (1996), and Kiss Kiss Bang Bang (2005), the Black-directed buddy cop thriller starring Robert Downey Jr. and Val Kilmer that Disney considers something of a model for clever, quality multiplex fare.

As for Searching for Sonny, Disney won’t comment on whether the film has a national distribution deal. He said Red Productions may have an announcement about that soon. In the meantime, he’s already writing the script for his second feature, an homage to late-’80s/early-’90s time-travel movies like the Back to the Future series and Terminator 2: Judgment Day. Disney said he probably has a deep, dark, highly personal indie drama somewhere in him, but he’s not burning right now to get it made.

“I’ve tried to write serious stuff, but the scripts usually turn into comedies after a while,” he said. “I want to make movies that my friends and I would go see at an Alamo Drafthouse. When you make a feature, you’re pretty much married to it for three years, so I’d like to do something that’s fun. I like jokes that have a lot of re-watch value.”