The Durban climate summit that ended earlier this month was proclaimed a great success. The chairwoman told delegates: “We have concluded this meeting with [a plan] to save one planet for the future of our children and our grandchildren to come. We have made history.”

Don’t be fooled. It was an almost total failure. 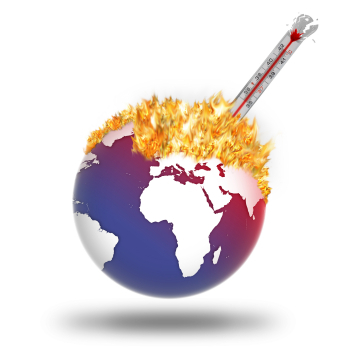 This time, the rapidly developing country that put up the greatest resistance to a binding global deal was India. (In 2009 and 2010, it was China.) The chief Indian delegate held out against any legally enforceable treaty through three long days of nonstop negotiations. In the end, she agreed that an eventual deal would have “legal force” — but it would not be “legally binding.”

Lawyers get rich arguing over phrases like these, but that is for the future. The question now is, given what the Indian government already knows, how could it possibly have taken that position?

Three years ago, while I was interviewing the director of a New Delhi think tank, she dropped a bomb into the conversation. Her institute had been asked by the World Bank to figure out how much food production India would lose when the average global temperature had increased by two degrees Centigrade, she said — and the answer was 25 percent.

This study, like similar ones that the bank commissioned in other major countries, has never been published, presumably because the governments of those countries pressured the bank to keep the numbers secret. But the Indian government undoubtedly knows the truth.

A 25 percent loss of food production would be an almost measureless calamity for India, which now produces just enough food to feed its 1.1 billion people. If the population rises by the forecast quarter-billion in the next 20 years, while its food production falls by 25 percent due to global warming, half a billion Indians will starve. The country will not be able to buy its way out of the crisis by importing food, because many other nations will be experiencing similar falls in production, and grain prices will go through the roof. So India should be moving heaven and earth to stop the average global temperature from rising by two degrees. But it isn’t.

Like almost every other country, India has signed a declaration that the warming must never exceed two degrees, but in practice the government acts as though it has all the time in the world. Maybe it just can’t visualize that grim future. Or maybe it is just too attached to the principle that the “old rich” countries must pay for the damage they have done.

That would be just, since the old rich countries emitted around 80 percent of the human-made greenhouse gases now in the atmosphere. But if only those countries act, then the average global temperature still soars and Indians still starve.

Most developed countries do not face similar losses in food production at that temperature threshold, for they are farther from the equator. Their position is merely selfish and short-sighted; India’s is suicidal.

Over the past 15 years of climate negotiations, there has been a steady decline in the seriousness of the response. The Kyoto Protocol in 1997 committed the developed countries to stabilize their emissions and then cut them by an average of six percent by 2012. Developing countries were exempt from any controls, because they were not then emitting very much. Deeper emission cuts were to come in a second phase of Kyoto, beginning in 2012.

Based on what we knew then, it was a cautious but rational response. In the meantime, however, developing countries’ emissions have grown so fast that China now produces much more greenhouse gas than the United States. Global emissions are not in decline — last year, they grew by six percent.

So what was the response at Durban? The 1997 Kyoto targets for developed countries will be maintained for another five years (with no further cuts), and developing countries will still not accept any legal restraints on their emissions. Then everyone will sign some more ambitious deal by 2015 — and the new targets will acquire “legal force” by 2020.

By that time, annual global emissions will probably be at least twice what they were in 1997 — and the two-degree barrier will be visible only in the rearview mirror. The outcome at Durban could have been even worse — a complete abandonment of the concept of legal obligations to restrict emissions — but it was very, very bad.

Gwynne Dyer is a London-based journalist whose articles are published in 45 countries.