For some unknown reason –– increased access to recording technology, YouTube music lessons, whatever –– 2011 was full of pretty-damn-good-to-great albums. As I’ve said before, I can’t remember a year as plentiful. Whittling down choices to a top 10 (plus honorable mentions and top EPs) was a little tough. A lot of good, strong albums came out, but to register on my lofty list, an album had to meet or almost meet a triumvirate of certain quasi-ineffable criteria: dynamism (does the album flow well?), technical appropriateness (does the music sound the way it’s supposed to?), and originality (how would this album stack up against major labels’ best?). 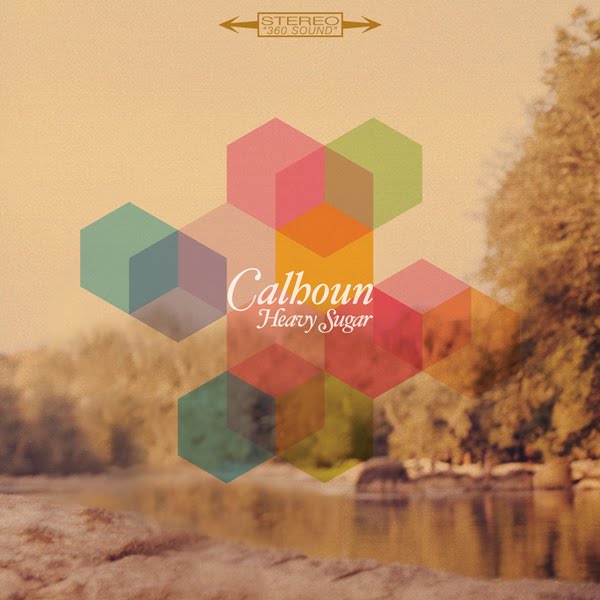 Albums that didn’t score on all three criteria were relegated to the discard pile or, at best, made honorable mention. Last week I brought you three-wise-men-style my (Very Loosely Ordered) Top 10 Local Songs of 2011. Now here’s HearSay’s (Very Loosely Ordered) Top 10 Local Albums of 2011. No. 10. Computer Lovers by Sym. The latest from prolific producer Phil Ford is a dynamite blend of trip-hop, turntablism, and funk, capable of inspiring booties to shake and minds to open. 9. Demos, Doom Ghost. If this album wasn’t all demos, it’d rank higher. Much higher. Full of raw, high-octane, proto-punk garage-rawk fury, the six tracks here sound as if they were recorded around ’68. MC5/Stooges jams abound. Bassist Brian Bailey is working his way out of the band to pursue a comedic film project, but I hope Vern Jackson and drummer Jeremy Brown soldier on. 8. Quilt Chamberlain, Two Knights. The duo of guitarist/vocalist Parker Lawson and drummer/vocalist Miles DeBruin cranks out an odd brand of underground indie that in its complexity verges on jazz –– lots of tangents and moving parts — and the musicianship is peerless. Lawson mostly pulls and taps his strings rather than strums them, creating an intoxicating bubbly color, and the quicksilver DeBruin sounds like he has four freakin’ arms. 7. The Universal Answer Is Both, Alan. Easily the most symphonic rock album ever to come out of North Texas, frontman Chris Hardee’s five-years-in-the-making debut flows like a classical composition: thundering walls of guitar and violin often prefiguring or ending delicately filigreed passages. Serious rock for the serious music aficionado. 6. Endless Nights, Wild//Tribe. Sheer brutality but not without moments of crotch-rocking riffage and deadly accurate musicianship. Be prepared to have your hair blown back if not completely off. 5. Laptops and Voicemails, Killa MC. Props go to K.MC for his articulate flow and delirious rhymes, but his debut album clearly wouldn’t be so major-label-worthy without the help of producer and beat-maker DJ Synaptic. Whatever prefab, $80,000-per-song Kanye/Jay-Z nonsense you’re listening to needs to be shelved to make room for Killa MC. You owe it to your F-Dub homeboy. 4. ¡Torquila Torquila!, Quaker City Night Hawks. Gut-busting blooze that’s neither influenced by SRV to sink to hokey lows nor emblematic of the Black Keys’ retro fetishism, Quaker City’s sound here is the kind of swampy soul known only to the likes of Mitch Ryder, Chuck Berry, and Creedence. 3. Syzygy, The Hanna Barbarians. Nothing but a 10-ton slab of fiery Southern-fried licks and sexy-ass grooves. That the fuzzy stomper “Porcelain Rooster” didn’t appear in my top 10 list of local songs was merely an oversight. The song rocks balls. 2. Burning Hotels, Burning Hotels. Really, No. 1 and 2 are pretty interchangeable here, and probably the only reason I’m placing the Hotels second is that, well, I’m kinda sad that co-founders Matt Mooty and Chance Morgan are never going to play any of their old material live anymore. (No more “Where’s My Girl?”? No more “Austin’s Birthday”? No more “Stuck in the Middle”?! Doooood.) Anyway, Burning Hotels is a priceless piece of musicianship, creativity, and uniqueness, with an electro-punk sound and a stripped-down sense of ’80s romanticism. 1. Heavy Sugar, Calhoun. Frontman Tim Locke has joked that the painfully hip tastemaking machine Pitchfork would hate his band’s new album for its accessibility, dynamic simplicity, and erudition. But those qualities are precisely what make Heavy Sugar exceptional. The album also contains another scandalous omission from my top 10 local songs, the epic “Indian Melody,” a glorious jaunt pivoting on a wordless refrain –– “Whoah oh oh! Whoooah oh oh-oh” –– that’s simply transcendent. Though Heavy Sugar is only a few months old, Locke and co-songwriter Jordan Roberts are already working on new material.

Here are the honorable mentions: Secret Ghost Champion’s wonderful Psychosomatic Immortality, Constant Seas’ Cycles, Earthquake Country’s Diaspora, War Party’s Year of the D-g, Beauxregard’s Gryphoemia, Holy Moly’s Grasshopper Cowpunk, Triple SP’s Transmission, and Jefferson Colby’s Dinosaurs and Fireworks. And, well, I’ve got to say that I love our 2011 Fort Worth Weekly Music Awards charity compilation CD, featuring new or previously unreleased tracks from some of Fort Worth’s finest, including Telegraph Canyon, Quaker City Night Hawks, Josh Weathers & The True+Endeavors, The Hanna Barbarians, Fate Lions, and many more –– Stella Rose’s contribution, “I’m a Ghost,” finished first in my top 10 local songs. Proceeds from the $5 sale of the disc go toward our charity sponsor, American Red Cross: Chisholm Trail Chapter. To have a copy mailed to you, send $5 and your address to the Weekly offices at 3311 Hamilton Av, 76107.

I’ve always argued that if an artist has the time (and the money and the wherewithal) to bang out a recording that’s about 30 minutes or longer, he or she should probably just go for the gusto and do an album. But there’s absolutely no shame in going the EP route. In addition to the stellar albums released this year, a small but fine crop of shorter recordings also came out, starting with No. 5. Stone Machine Electric’s Awash in Feedback, a pounding, lurching monster of hella-ominous sludgy riffs and beats, with only minimal feedback, actually. If only the vocals were better. 4. (tie) Spacebeach’s The Dead Sea with Lou Charle$’ Fish Out of Water. Two wildly divergent but equally progressive and worthy EPs here. In Spacebeach’s case, super-punk powered by metallic riffage, blasts of machine-gun beats, and screaming vocals form a vivid, emotionally wrought, and serious listen, full of peaks and valleys, stops and starts, and meditative –– but loud –– passages. On the other side is Lou Charle$, whose small batch of bright, upbeat hip-hop –– lots of childhood nostalgia, life musings, and good-timin’ –– is ready for radio, with production by EyeJay the Boy, the go-to guy of local top-billers Dru B Shinin’ and A-Roy. 3. The Apache 5’s Big Black Smoke, a hip-shaking debut that calls to mind everything we loved about The Kinks and Zakary Thaks, including the wide-eyed, optimistic sensibility of ’60s kids with the world at their fingertips, which is more than refreshing in a postmodern age lousy with irony and detachment. 2. JJ & The Rogues’ Stare Down. There seems to be an unnecessary bias against piano rock. Granted, Ben Folds and Tori Amos haven’t helped. But you can’t count out Laura Nyro and Elton John. You also can’t count out JJ & The Rogues, whose nearly perfect Stare Down rocks with the 88s but very subtly, very tastefully. 1. The Will Callers’ Make It Alright, a hint of the Texas Music act’s new direction? Let’s hope so. The EP is gritty and slimy in all the best ways, with a cranky twin guitar attack and shuffling blues-inspired grooves –– and nary an inkling of annoying twang.

Y’know, there are still several days left ’til Christmas. Put down that Starbucks CD and shop local. Consider yourself fully debriefed.