Other actors were onscreen a lot in 2011 — Jessica Chastain, Ryan Gosling, Emma Stone, Rutger Hauer (five movies, look it up!) — but none of them had as fruitful a year as Michael Fassbender. Just three years ago, the handsome 34-year-old Irish-German actor was largely unknown on our side of the pond. His dashing role as a British spy in Quentin Tarantino’s Inglourious Basterds in 2009 brought him to attention here, but 2011 is when he really kicked ass and took names. Last spring he was a smolderingly Byronic Rochester in Jane Eyre, then a few months later he slipped easily into the role of Magneto in X-Men: First Class. 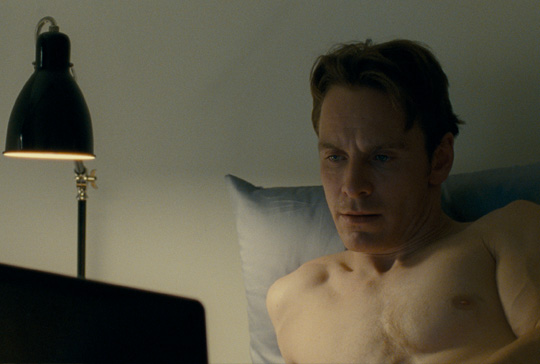 Shame is only the second film by Steve McQueen, a British filmmaker who is not related to the same-named American movie star of the 1960s and ’70s. McQueen originally wanted to make this film in his native land, but found British sex addicts unwilling to discuss their condition, so instead he moved the location to America. He takes to the setting pretty well. McQueen and cinematographer Sean Bobbitt render Brandon’s upscale Manhattan surroundings (especially the fine restaurants and trendy bars where Brandon typically goes to meet women) in realistically plush terms; Brandon’s apartment is small but well-appointed. Queen and Bobbitt are equally credible in rendering Manhattan’s seedier hangouts, which aren’t hard to get to from the upscale neighborhoods, if you know where to go.

All this is the backdrop for the drama, and the key to understanding it is this: This is the story of a man who’s in love with his sister, even though — or, more likely, because — she’s the one woman he can’t have sex with. McQueen and co-writer Abi Morgan are stingy with backstory, but Sissy hints at a horrible shared childhood while leaving a distraught voice mail message. (“We’re not bad people, Brandon. We just come from a bad place.”) Without Brandon and Sissy’s interactions, the movie would be what its detractors accuse it of being: a depressing, relentless grind into the muck. Seeing these heavily damaged people trying to support and love each other as siblings despite their myriad psychological issues is what compels you to keep watching. McQueen rewards you for it, too, with a hushed scene in a crowded nightclub when Brandon is moved to tears by Sissy singing a slowed-down ballad-like rendition of “New York, New York.”

Still, the thing you’re most likely to take away from this movie is the bubbling anger with which Fassbender plays many of his scenes. Brandon’s inability to have Sissy in the way he wants is the root of his frightening and violent reaction after Sissy walks in on him while he’s masturbating. The same thwarted love explains him soliciting and getting a beating by telling a stranger in a bar exactly what he plans to do to the guy’s girlfriend. Brandon knows his actions are hurting both himself and Sissy, yet he can’t stop. The last third of the film takes on an infernal momentum as Brandon’s increasingly extreme sexual activities and Sissy’s downward spiral come to a not unexpected culmination that leaves Brandon on his knees in despair facing the cost of what he’s done. The movie is deliberately ambiguous on whether that event moves him to change his ways, but Fassbender’s anguished, ripped-from-the-soul performance here is unambiguous in its power.