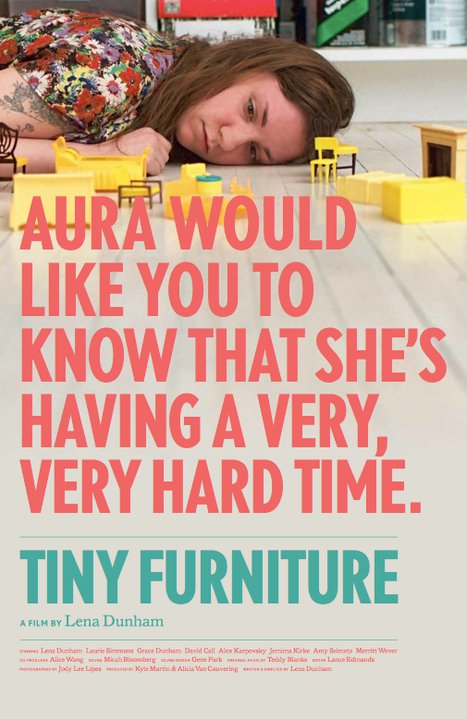 When Lena Dunham’s comedy Tiny Furniture came out in 2010, I recognized it for breakout talent and best movie dialogue that year. The film came out on DVD yesterday after spending all of 2011 unavailable on disc.

That’s unusual enough. What’s even more unusual is that a significant number of people are truly upset that Criterion Collection has put out that DVD, with all its customary trimmings. Criterion is a label that specializes in historical re-issues of both canonically accepted classic films and genre films that weren’t considered great art at the time but have risen in reputation. Tiny Furniture is a debut film made by a 24-year-old filmmaker and shot on digital video two years ago. It’s not supposed to be in that class, even though it made a huge splash at SXSW in 2010 and was generally acclaimed. My verdict: While the film might not be a deathless masterpiece, it’s still well worth checking out. (And if you want a movie that Criterion released that really doesn’t fit with the others, try Michael Bay’s Armageddon.)

Dunham stars in this heavily autobiographical film as Aura, a recent film school graduate who can’t find a job and has returned home to Manhattan to live with her successful artist mother (played by Dunham’s real-life successful artist mother Laurie Simmons) her prettier younger sister (played by Dunham’s real-life prettier younger sister Grace Dunham). Not much happens over the course of the film; Aura finds a job taking reservations at a restaurant, re-connects with some old friends, and goes on bad dates with guys (one of which leads to a depressing outdoor sexual encounter).

The main reason to see this movie is that it’s really funny. Dunham’s sparse visual style provides a suitable background for the gags; Aura’s mom’s apartment is decked out in an ultra-clean contemporary style, which leads to a very funny gag when her mom tells her to retrieve something from “the white cabinet,” of which there are at least 20 in the residence. There are terrific supporting performances from Jemima Kirke and Amy Seimetz as Aura’s friends, and some nice skewering of the New York arts scene. One of Aura’s boyfriends (Alex Karpovsky) is introduced as a comedian who has posted a series of YouTube shorts where he portrays “The Nietzschean Cowboy,” dressing up as a cowboy and riding a child’s rocking horse while spouting philosophical koans. (You can see one in the film, though I couldn’t find it on real-life YouTube.) Dunham seems to have trouble with taking this plot anywhere, but her writing is sharp and flavorful throughout. No wonder heavyweight comedians like Will Ferrell and Judd Apatow became fans of this movie. In fact, Apatow is producing Dunham’s HBO series Girls, which (oh, look!) has its premiere in April. Anyway, this DVD is a chance to check out this intriguing up-and-coming comedy talent.