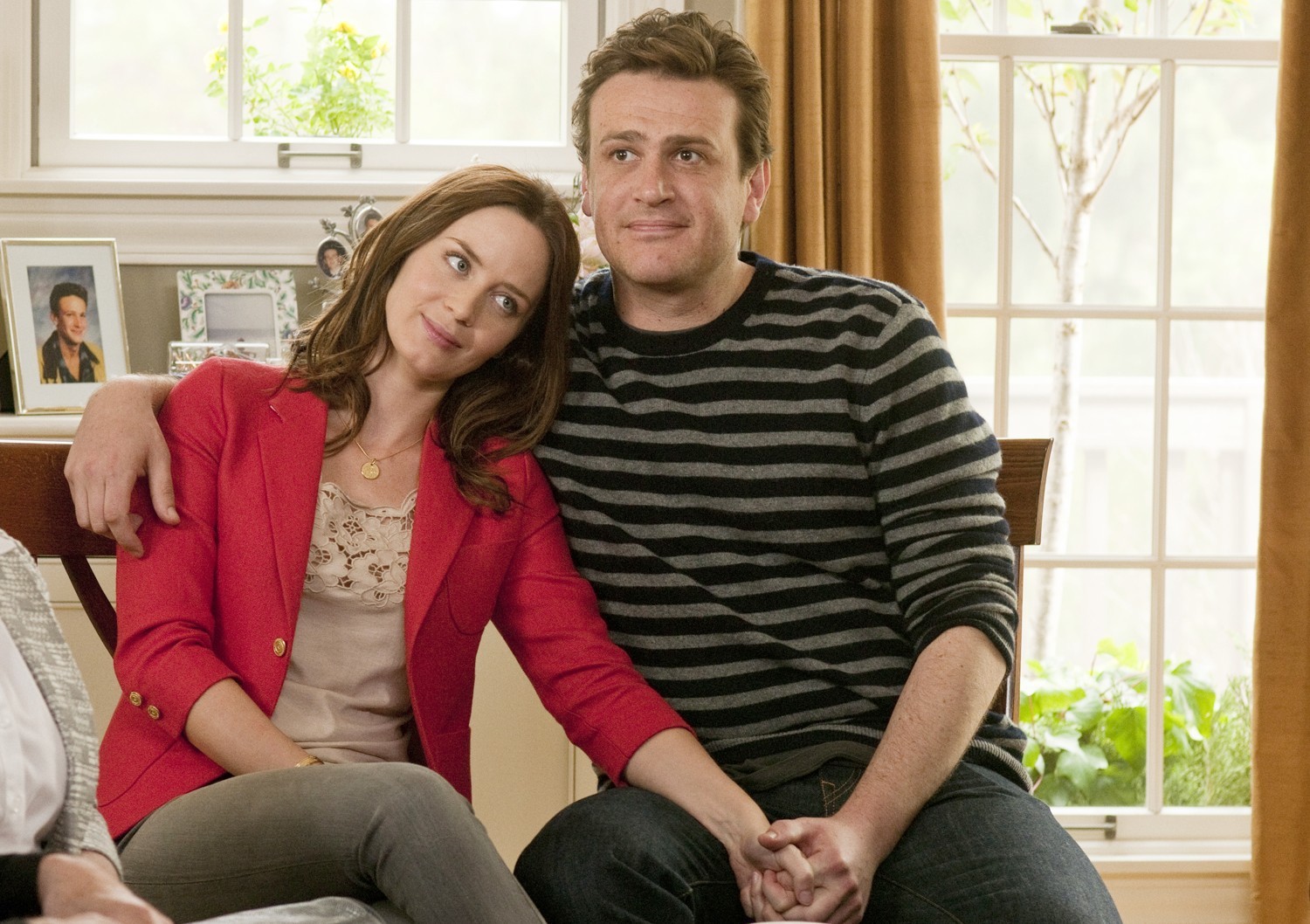 A few years ago, the films associated with Judd Apatow –– a handful he wrote and directed himself and several others he produced –– began to catch on like wildfire, and media types seemed eager to explain the Apatow revolution, suggesting that he and his gang had saved and reinvented comedy as we know it. That’s not the case. His films adhere to a slightly higher degree of realism than the average Lorne Michaels-produced flick of the ’90s. But if Apatow & Co. eschewed the “wacky” premises and cheap laughs for more down-to-earth, relatable set-ups and sometimes literal, sometimes almost meta dialogue, much else is the same old Hollywood stuffing, from the casting pool to the rote plots. The attempts at emotional depth or profundity are a little more earnest but never quite succeed. Ultimately, these films are vehicles for jokes, riffs, and insult comedy –– but what’s remarkable is that they’re consistently funny.

The Five-Year Engagement, the latest romantic comedy in the Apatow universe, centers on the relationship of Tom Solomon (Jason Segel) and Violet Barnes (Emma Blunt) and their perpetually delayed wedding. Contrary to the Van Morrison-themed soundtrack, theirs is not a crazy love –– in fact, the couple and their problems are fairly normal. Aspiring chef Tom and psychologist Violet see their happiness (and impending marriage) tried by their divergent career paths, which take Violet to a fellowship in Michigan. Engaged a year into their relationship, the two postpone the wedding and relocate from San Francisco to Ann Arbor, where Violet’s career takes off thanks to a supportive/predatory mentor (Rhys Ifans), and Tom’s culinary dreams meet a dead end. So predictably that even they see it coming, Tom suppresses his happiness and puts his career on hold to be a supportive fiancé, and over time he transforms into a resentful depressive. And as he becomes part mountain man, part stifled homemaker, he and Violet become less attracted to each other.

Hijinks ensue, tensions come to a head, and for a while Tom and Violet part ways. And of course, the two come to their senses and eventually get back together –– just in time (those titular five years are almost up) –– which is not giving anything away. You don’t go to see an Apatow-associated film to be surprised by the form but for the jokes and the mild variations on classic formulas. And for a fairly by-the-numbers Apatow-produced comedy, The Five-Year Engagement is good for laughs, thanks to a new line-up of respected comics such as Mindy Kaling, Brian Posehn, and Chris Parnell and relative newcomers like Chris Pratt, instead of the usual gang. As star and co-screenwriter, Segel turns in another worthy effort, following the success of last year’s The Muppets (which he co-wrote with partner Nicholas Stoller). Gimmicky in some places and predictable in others, Segel’s portrayal of the strains on long-term relationships here rings true, providing some refreshing realism to counterbalance the standard-issue meet-cute and expectedly quirky climax. Hell, even those are pretty satisfying.