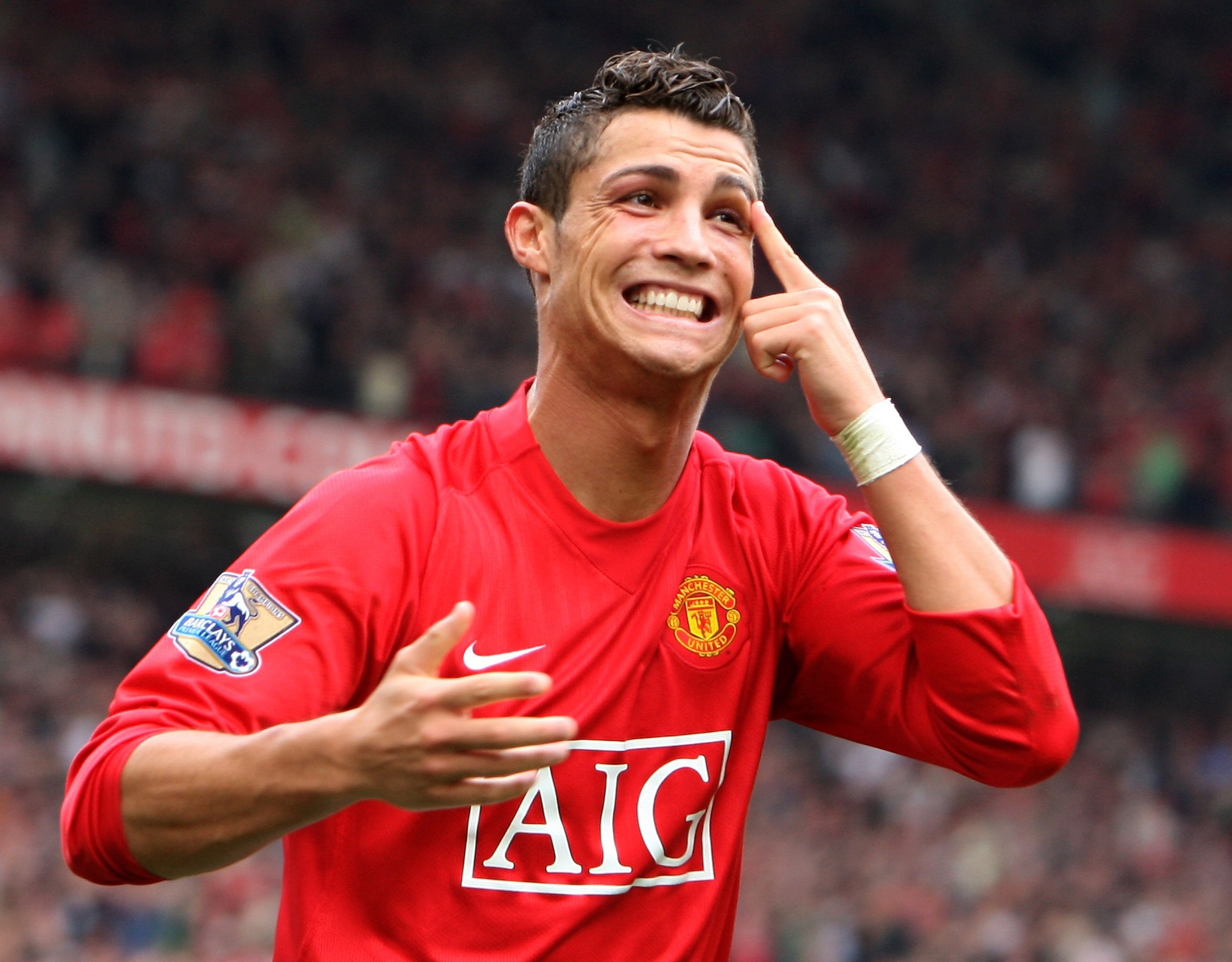 If you’re craving an international soccer fix this summer after the Women’s World Cup last year and the men’s World Cup the year before, you should settle in front of your TV for the next month for the European Championships, also known as Euro 2012. Just because USA isn’t involved in this tournament (which is strictly for European countries) is no reason not to watch. The Euro is often regarded as a harder tournament to win than the World Cup, because Europe is so stacked and there are only 16 teams involved, as opposed to the World Cup’s 32. The World Cup tends to be ruled by traditional soccer superpowers, but the Euro is less predictable, with previous Euros having been won by countries like Greece, Denmark, Czechoslovakia, and the Soviet Union. The last tournament, Euro 2008, gave us some fantastic games.

The tournament is being co-hosted by Poland and the Ukraine, and concerns about racism among those countries’ soccer fans have been raised. Some of the reports coming out of Ukraine will curl your hair. We’ll see whether there’s any trouble, or if the fans are on their best behavior, knowing that all Europe’s watching. Italian striker Mario Balotelli has already threatened any racist fan with death. As you’ll read further down, this isn’t atypical behavior for him. On a lighter note, the classical music guy in me notices that the tournament will open with a performance of Chopin’s “Winter Wind” Étude. Fitting that the Poles would turn to music by one of their own. Click here for a kick-ass performance of this piece.

You can always root for the country of your ancestry. If, like me, you have no European ancestors, or if the country of your ancestry isn’t in here (Scotland, Norway, Serbia, Turkey, others), you’re free to adopt someone because of the way they play or the people on their team. Here’s my viewer’s guide. As always, click on player’s names to see their highlight reels:

Group A
Not the most inspiring group. Poland had some magnificent teams in the mid-1970s to the early 1980s, but their team now is a far cry from those. Still, they have a goalkeeper in Wojciech Szczesny who has come into his own in the last couple of seasons, and striker Robert Lewandowski has just come off a season when he led the German league in scoring. If you have players who can score at one end and keep goals out at the other, you have a fighting chance against anyone. The oldest team in the tournament, Russia should take this group, even if they’re no longer the frightening high-octane offensive outfit that we saw at Euro 2008. A group of streaky forwards (Roman Pavlyuchenko, Pavel Pogrebnyak, Andrei Arshavin) does the goal-scoring for them, while Roman Shirokov mans the middle. He’s one of the characters of this tourney, a guy who fires from the hip on his Twitter feed and has a history of shooting off his mouth. A similarly aging Greece squad still relies on lockdown defense to scrape out wins, not to mention many of the same players who helped them win Euro 2004. That vaunted defense of theirs may not be all it’s cracked up to be; Vasilis Torosidis is a rock, but the other fullbacks are shaky and it’s still not clear who’ll start in goal. Czech Republic has the opposite problem; their forwards are about as intimidating as flat Pilsner. They still have mercurial playmaker Tomáš Rosický and world-beating goalkeeper Petr Čech, who just won the Champions League, wears a helmet because of this horrible injury six years ago, and has a last name that’s pronounced like his nationality.

Group B
This is the Group of Death. Germany reached the finals of Euro 2008 (under Jürgen Klinsmann, who’s now USA’s coach) and the semis of World Cup 2010, only to be denied by Spain each time. Many people think they’re due for a breakthrough, with Qu’ran-reciting superstar Mesut Özil and the ageless Miroslav Klose ripping through opposing defenses. Netherlands would like nothing better than to inflict a painful loss on the Germans. They’re trailing an array of great offensive talent (Robin van Persie, Arjen Robben, and Klaas-Jan Huntelaar, who finally found his form in the German league), but they infamously played like thugs in the World Cup 2010 final. Will they revert back to more familiar attacking Dutch soccer, or will coach Bert van Marwijk keep them negative? Portugal was a pretty badass team in the early 2000s, but now they’re pretty much reliant on Cristiano Ronaldo. Can tricky winger Nani benefit from opposing defenses’ focus on Ronaldo? And can defenders Pepe and Bruno Alves keep themselves from getting red-carded? Denmark is the least-regarded of these, but they’re still tough and skilled enough to beat any of the teams here. (Lest we forget, they qualified for this tournament ahead of the Portuguese.) They’ll need great play from youth prospect Christian Eriksen and striker Nicklas Bendtner, an erratic player with a wildly inflated view of his self-worth who once dated a billionaire Danish royal cougar.

Group C
There’s not much left to say about all-conquering Spain, but they just might be vulnerable this year — they’re missing goal-scoring machine David Villa and inspirational defensive leader Carles Puyol due to injury. Both Fernando Torres and Gerard Piqué (the latter Shakira’s ex-boyfriend, and possibly Zlatan Ibrahimović’s as well) have been struggling; they’ll need to pick up the slack. If Spain wins this tournament, they have a legitimate case for being the greatest national team in history. Italy is having their own injury troubles, especially in the forward position. They’ll rely on Mario Balotelli and Antonio Cassano for offense, two players with extensive track records of nutty behavior, though Cassano hasn’t strayed since suffering a minor stroke and subsequently discovering a potentially career-threatening heart condition. The fact that he’s back at all is pretty amazing. One of Italy’s projected defensive starters was arrested in a match-fixing probe that has ensnared more than a dozen other players, as if you needed further proof that Italian soccer is a filthy place. The Azzurri went through something similar before winning World Cup 2006, but it may be too much to expect lightning to strike again. Offensively dynamic, defensively shaky Croatia has enough to rattle the two traditional superpowers, with tiny playmaker Luka Modrić orchestrating from midfield and Mario Mandžukić, Nikica Jelavić, or Eduardo da Silva finishing off chances. (Da Silva suffered one of the worst soccer injuries ever a few years ago. Don’t click on the preceding link unless you have a strong stomach.) How will coach Slaven Bilić sort out his back line? Don’t forget about Ireland, which got robbed of a spot in the last World Cup by some French cheating, but is now here playing stalwart, disciplined, defensive soccer thanks to Italian coach Giovanni Trapattoni (who’d like nothing better than to beat his homeland). With rock-like Richard Dunne in the middle of defense and cat-quick goalkeeper Shay Given making saves, Ireland is an outfit that no one will enjoy playing against.

Group D
Going into World Cup 2010, France looked like the team due for an implosion, and they came through with flying colors. This year, it seems like England’s turn. They are banged up, their coach suddenly left in a huff (leaving the team without a coach for several months), star striker Wayne Rooney is suspended for the first two games, and there’s just an air of bad juju around them. On the other hand, France has straightened themselves out after the debacle of two years ago. They got rid of their idiot coach and a lot of the players involved, and now the all-Arab attacking triumvirate of Samir Nasri, Hatem Ben Arfa, and Karim Benzema (who all missed out on the 2010 disaster) will scare opposing defenses. Sweden has a perfectly ordinary team plus one brilliant headcase in Zlatan Ibrahimović. Click here for an account of his all-around douchebaggery, or just read his autobiography, which reads like it was written by Derek Zoolander. (“I am north, south, east, and west. I am Zlatan!”) Or just savor the incredible goals that he scores. Co-host Ukraine will say farewell to captain and all-time great striker Andriy Shevchenko, who retires after this tournament. His team is even more injury-hit than the English, but who’s to say what home-field advantage in a country that loves its soccer will do?