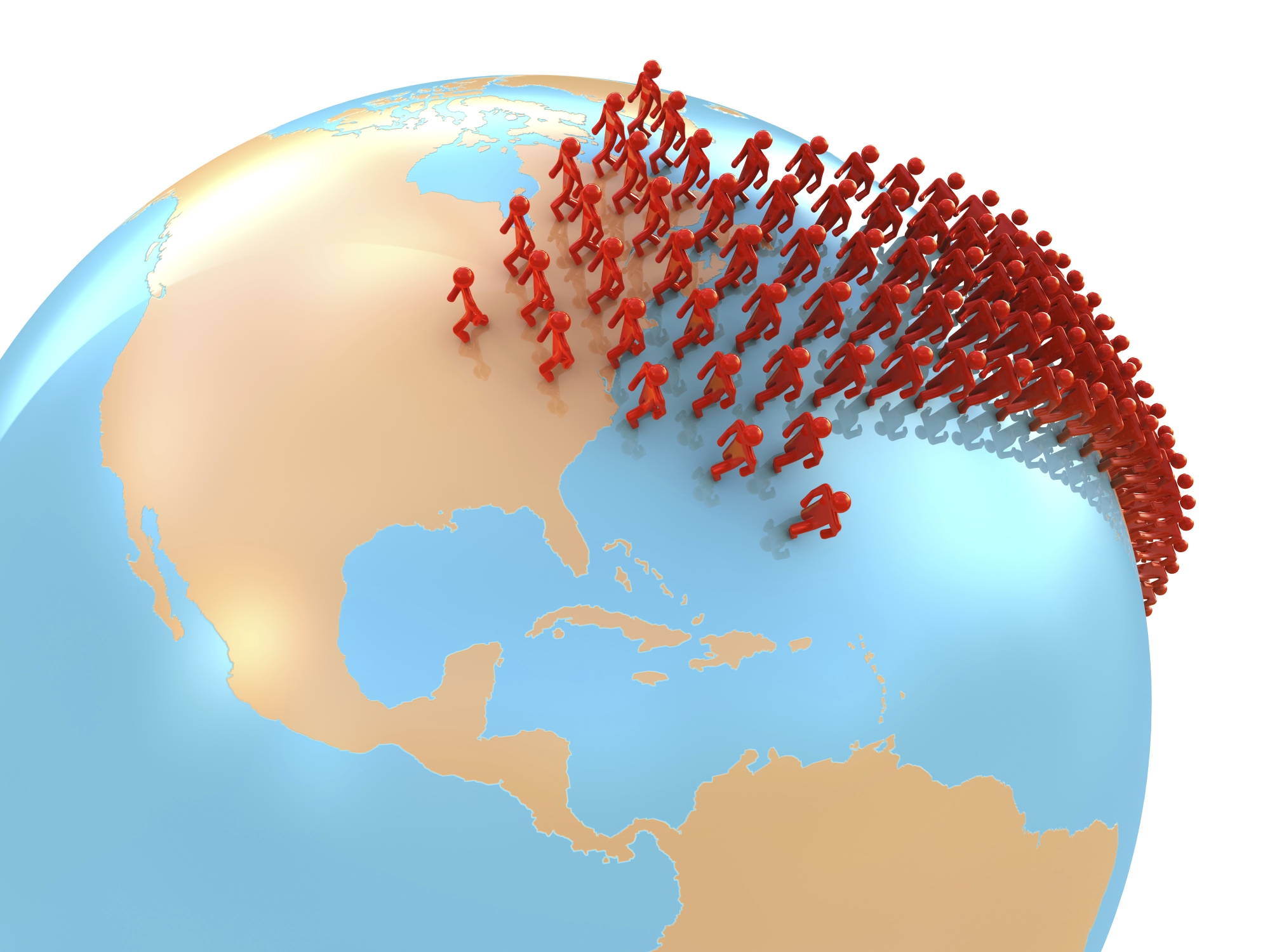 What if China, flush with its new wealth, opened its doors to mass immigration? It would make sense from an economic and social point of view, because its one-child-per-family policy has produced a young generation far smaller than the one that now does most of the work. The average age of China’s population is rising faster than any country in history, and it could certainly do with some more young people.

If China had an immigration policy like that of the United States, it could fill the gaping holes that will open up in the workforce when the present adult generation retires, and there would be enough people working and paying taxes to support that older generation. Otherwise, there will be barely one worker for each retiree, and their retirement years will be far from golden.

So let’s suppose China opens the gates. (Stay with me on this.) The immigrants would come from all over the world. Probably most would be from south and southeast Asia (India, Pakistan, Burma, Indonesia, the Philippines), but plenty of Russians would come too. So would Arabs from the slums of Cairo, Congolese from the slums of Kinshasa, Mexicans fleeing the bloody war on drugs.

There would be young Europeans, too, fleeing the 25 to 50 percent youth unemployment rates of Spain, Italy, and Greece.  Some Americans would also come, like former automobile workers from Rust Belt states hoping to put their skills to work for what is now the world’s biggest car-maker. China’s politics wouldn’t deter them: They have already tried being free and poor, and some would be willing to trade.

And so China would be transformed. In 50 or 60 years it would be one of the world’s most diverse societies. Almost all the new immigrants would learn to speak some Chinese, but their children would be fluent in the language. Indeed, they would think of themselves as Chinese, regardless of race, religion, or where their parents came from.

Some tens of millions of them would already have intermarried with ethnic Chinese, if only because there are tens of millions of young Chinese men who will otherwise remain unmarried. (The Chinese have been killing too many of their baby girls.) And everybody would live more or less happily ever after.

Don’t get me wrong: I think this is a good thing. But it’s also an extraordinary thing. The United States of 60 years ago was a country whose people were overwhelmingly of white European descent. The only really big minority was the black and mixed-race descendants of African slaves, who made up about an eighth of the population. And then the United States opened the gates wide.

Last month the U.S. Census Bureau revealed that non-white births in the country narrowly exceeded the number of births to white Americans for the first time. There are some curious kinks in the statistics, such as the fact that Spanish-speaking whites are not counted as white, but the message is clear: The next adult generation in the United States will not be majority white.

So why did the last two generations of Americans, who were still mostly of European descent, let it happen? Did they welcome and encourage it, as a good thing for the country’s future? Or were they just asleep at the wheel?

Some Americans certainly did encourage it, arguing that turning the United States into a microcosm of the whole world was fulfillment of its destiny and that the sheer diversity of its population would give it a huge competitive advantage in the world. But there were not many who made that argument, and there is actually little evidence to show that ethnic diversity makes a country more competitive.

Nor did this immense change happen while the old white population was just not paying attention. Immigration policy debates went on all the time, and plenty of information was available about where the current immigration policy was leading.

One plausible explanation is that it was about fairness. As descendants of immigrants themselves, they felt that they could not deny others the same opportunities. Many older white Americans were clearly uneasy about the new social reality springing up around them, but most remained true to their ideals and never mobilized to stop it.

Maybe the last two generations of Americans were a lot less racist than many people — including many Americans — thought. Or perhaps they were all silently aware that only 500 years ago, none of the births in North America was white.
Gwynne Dyer is a London-based journalist whose work is published in many countries.