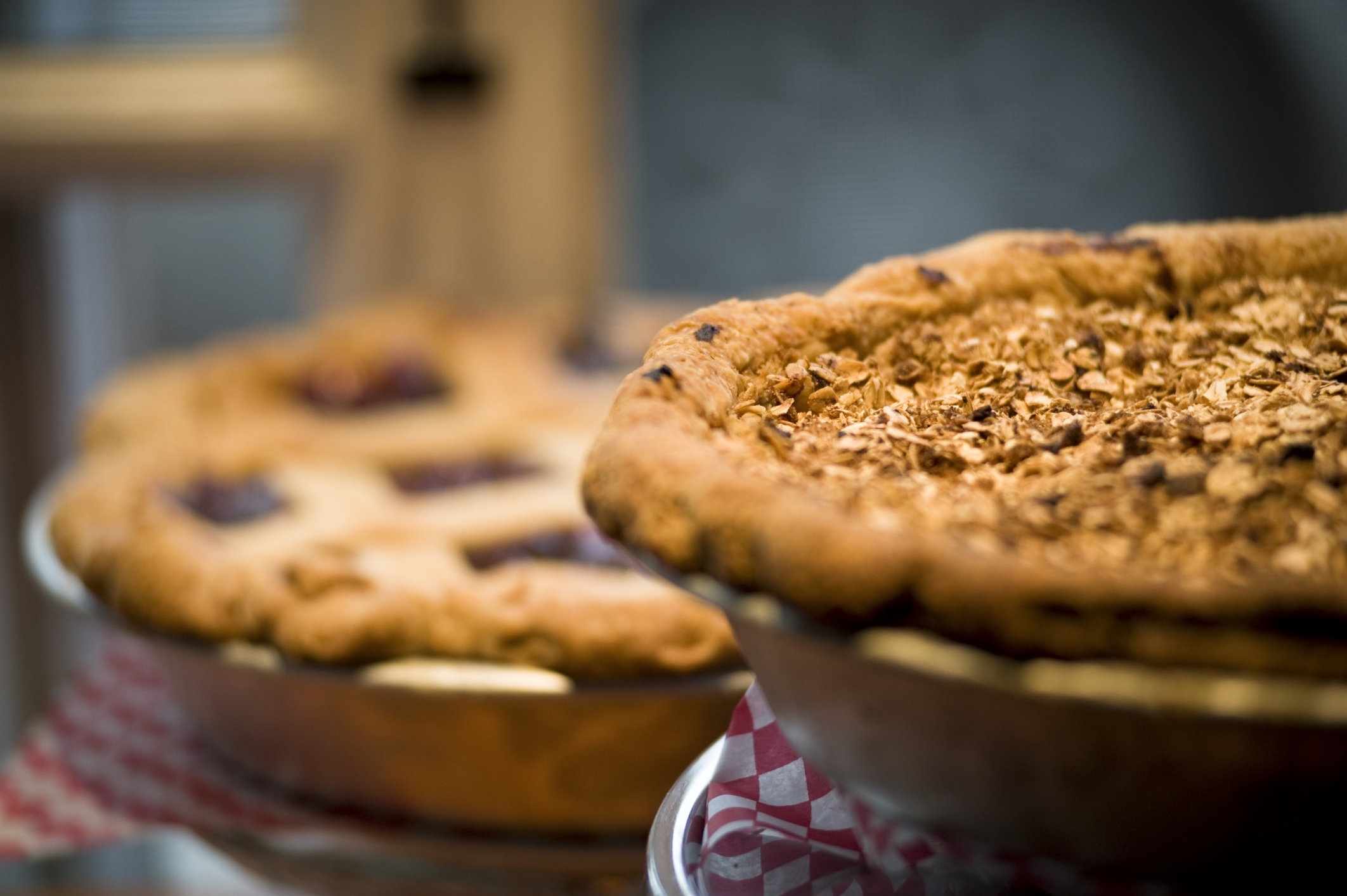 Not that long ago, Chow, Baby was a road warrior, constantly jumping in its topless Jeep to see where the road would take me. Age and neurosis have taken their toll, and I’m less inclined to throw caution to the wind these days. I traded in my party Jeep for a Hyundai, and now I get car-sick and restless legs on long trips. But recently, I jumped at the chance to hit the road with some friends to explore in and around Glen Rose. Known for its dinosaur tracks, quaint town square, and stone structures, Dino City held another fascination for me: the Creation Evidence Museum. Too, there was the evidence of good-food creation to check out.

I knew the museum would be a tough sell for my fellow road-trippers, who didn’t necessarily share my penchant for wacky misadventures. I thought maybe a nice lunch would ease their resistance, so we headed first to the Riverhouse Grill (210 SW Barnard St.).

The Riverhouse occupies a building practically as old as the dinosaur footprints and looking a little like the Governor’s Mansion (which, of course, has housed many dinosaurs through the years). Inside, it’s a charming, homey bistro that looks as though it was transported from a bygone era (the whole town kind of feels that way), with its wood floors, multiple dining rooms, and bric-a-brac.

Chef Aaron Cessac isn’t content to offer run-of-the-mill small-town chicken-fried-everything fare. His menu is an elegant, nuanced balance of dressed-up comfort food; fresh, simple creations that showcase the ingredients; and some big-time culinary acumen. A great example, right off the bat, was our appetizer of flatbread ($10), with sliced pears, gorgonzola cheese, roasted pecans, and chives. The sweetness of the pear beautifully contrasted with the rich strength of the gorgonzola, creating a light, satisfying dish.

The menu does give a knowing nod to its small-town locale, but the chicken-fried steak ($12), topped with a decadent cream gravy, isn’t the sort you’d find almost anywhere else. The meat was cooked with care, and the breading was delicate and intriguingly spiced. Similarly, the cherry-glazed pork loin ($12) was so tender I didn’t need a knife to cut it. The accompanying mashed potatoes with rosemary were creamy and delicious.

It’s not all cow and pigs, either. The Asian chicken salad ($12) achieved an equilibrium of sesame oil and citrus and was a nice, light whole-meal option. The RHG cheeseburger ($8.95) on a buttered sourdough bun was lavish and juicy. The beer bratwurst ($9.95) was a straightforward gut rocket, but had a nice fatty flavor. The only miss was the truffle parmesan fries ($5), which tasted rubbery and oily, with almost no truffle flavor.

We skipped dessert there in order to justify a stop at the Pie Peddler (102 Walnut St.). The rustic, wide-open space offers a countrified setting that feels like Grandma’s house. With apologies to my own grandmother, she never produced the likes of the every-berry pie, a mass of dark, tart-sweet magic in a golden brown, buttery crust. The strawberry rhubarb pie was pucker-inducing greatness that begged to be topped with ice cream. The coconut cream was airy and silky, and the thin, flaky crust was just sturdy enough to prop up the wobbling gob of meringue. The key lime was a little underwhelming and too tart for my taste, but the overall experience was second to none. (All slices of pie are $4.50.)

Turns out, I was fooled by my own ruse. After stuffing myself with pork and pie, I didn’t want to go anywhere near a museum, a dino footprint, or anything other than a bed. I’ll definitely go back to Glen Rose, and not just for the museum or dino tracks. I’m bringing a T-Rex appetite — besides the Riverhouse and the Peddler, there are still more places to sample, in and around that courthouse square.