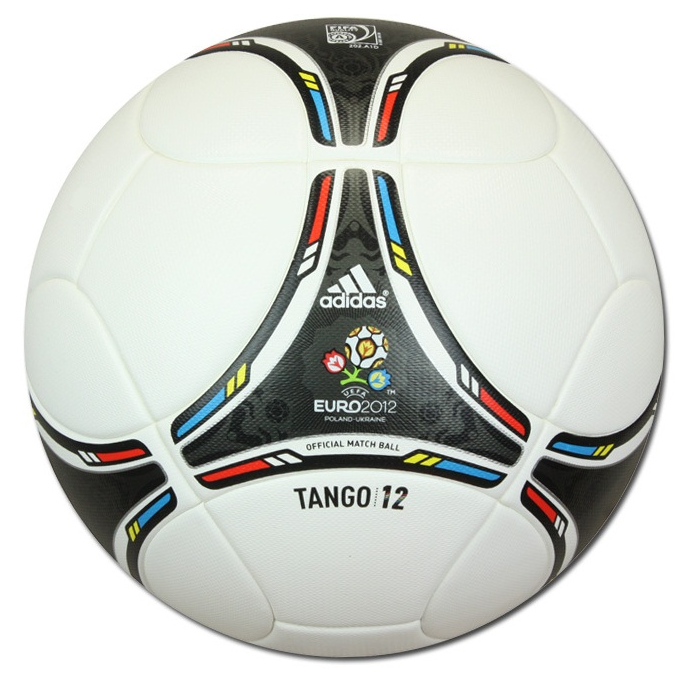 The group stages of Europe’s soccer championships are done, the brackets are set, and I’ve had the chance to see all 16 teams play at least once. Here’s what I’ve learned, and what we can look forward to in the coming days, when the quarterfinal matches are played:

Germany is still a favorite They looked a tad vulnerable giving up a late goal to the Dutch, but Mats Hummels has morphed into a first-class central defender, and Mario Gomez is going through one of his streaks where he’s putting everything in the back of the net. The German offense is clicking, and, as they have been since 2006, they’re fun to watch.

I was all prepared to say, “Look out for the French” after they looked strong drawing England and beating Ukraine, but then they went and lost their last game to the Swedes. Now they have to deal with Spain instead of a far more desirable matchup with Italy. There’s still a mystery over what Samir Nasri is — is he a winger, a midfield playmaker, or a secondary striker? Even the player himself seems confused, which is why he’s been mostly subdued here. Karim Benzema set up two goals in the win over Ukraine, but the French need him to start scoring.

What’s going on with Spain? Coach Vicente Del Bosque is experimenting with a striker-less 4-6-0 formation where he puts all his playmakers on the field without any finishers. It’s like Total Football. No wait, it’s like Barcelona, only with Cesc Fàbregas as a false nine. Whatever it is, it’s downright avant-garde. It’s not working very well, either. The only time Spain looked truly dangerous was playing with Fernando Torres in the last 15 minutes against Italy and then in the 4-0 destruction of Ireland. Fellow strikers Álvaro Negredo (five minutes of playing time in three games) and Fernando Llorente (zero minutes) must be wondering why the coach bothered to bring them to eastern Europe. Was Del Bosque just rope-a-doping his way through the group stages? Will he unleash Torres or even two strikers against the French? Or will that game play out like the Mexico-Portugal game on The Simpsons? Let’s see. (Sorry for the Spanish audio on that clip, by the way. You’ll still get the joke, and it’s a pretty good one about how soccer can be.)

The hosts fizzled Too bad; these tournaments are always more fun when the host country (or in this case, countries) goes far. Ukraine can say they were cursed with bad luck; they’re already steaming over the goal that wasn’t given in the game against England, but they had tons of chances early in that game that they couldn’t put away. If they’d had Andriy Shevchenko healthy, he might have made the difference. As for Poland, they started strong and then faded late in all three games, which speaks to a failure of conditioning. Ukraine at least has a come-from-behind victory against Sweden to savor, and Poland can console themselves with their come-from-behind draw against Russia.

The other eliminated countries are steaming The Russians were leading their group going into the last game, but after a punchless loss to the Greeks, they’re out. Why did Coach Dick Advocaat persist with misfiring Alexander Kerzhakov, especially when he had other options on his bench? Now Advocaat is fleeing back to Holland and the Russians are sniping at each other. Speaking of the Netherlands, they crashed out with a vengeance. The postmortems have been flying: They were too negative. Wait, no, they were too positive. They did what they always do and failed to come together as a team. I have a simpler explanation: They finally paid for their shaky defense. It’s pretty much the same D they had two years ago at the World Cup, only they got away with it because their midfield and offense played so well. They didn’t this year, and so the Dutch are gone. And didn’t some idiot on this site say that Ireland was going to be no fun to play against? Well, Spain and Croatia sure looked like they were enjoying themselves. (The Italians at least had to work for their victory over Ireland.) The Irish won’t be surprised at losing all three games in such a tough group, but in their first two games, they failed to play the disciplined defensive soccer that got them to the tournament. This is probably the last we’ll see of Shay Given, Richard Dunne, Damien Duff, and Robbie Keane in the green. Too bad.

There has only been one penalty Boo! Croatia, Denmark, and Ireland all had plausible claims for penalties, and some of them could have meant the difference between survival and elimination. You hate to see a big game decided with a spot kick, but referees need to man up when they see a foul in the box.

Hooray for England’s lowered expectations After bringing so much baggage to the tournament and not enough of their best players, England came out on top of Group D, and even the English are wondering how that happened. The team hasn’t looked like world-beaters at any point, but they finagled a draw with a superior French team, beat Sweden in a totally bonkers game, and finally weathered a furious storm by the Ukrainians. (Check out Danny Welbeck’s spinning-around-and-falling-down backheel goal against Sweden. Did he mean to do that? I think he did.) Coach Roy Hodgson seems to have instilled this team with the same humility and overachievement that he brought to Fulham and West Brom. Who would have thought? I wouldn’t be surprised if the English got past Italy somehow in the quarters, too.

Speaking of Italy, they rise or fall on Mario Balotelli That thought should terrify both Italy and their opponents. The Manchester City striker has been as good as advertised for the tournament, scoring a beauty against Ireland and mouthing off to the press and his coach. His teammate actually put his hands over Balotelli’s mouth to keep him from cursing out his coach during the Ireland game. As a neutral fan, I find this guy endless amounts of fun: the guy who once tried to break into a women’s prison because he was “curious,” the guy who torched his own house last year because he and his buddies were shooting fireworks out the bathroom window. Still, it must be maddening relying on him when you can’t even rely on him not to get red-carded. If Italy gets the ineffective Balotelli we saw against Spain and Croatia, they’re in trouble. If they get the good Balotelli, they can beat anyone.

The Swedes went down swinging Not only did they win their last game against the French when they had only pride to play for, but Zlatan Ibrahimović scored a sweet goal for them. God love Ibrahimović — the guy’s a monumental assclown who can’t lead Sweden anywhere, but he always seems to be good for at least one spectacular goal per tournament. Check out the overhead 15-yards-out goal he scored at Euro 2004 against Italy.

Theodor Gebre Selassie! I had no idea who this guy was before the tournament began, but the first black player ever for the Czech Republic’s national soccer team has been a revelation. He’s been storming down the sideline from his position at right back and causing all sorts of problems for opposing defenses. If I’m a club team looking for a right back, I take a good look at this guy. His presence reminds me of a 2005 Czech film called Up and Down that’s in part about a bunch of racist Czech soccer hooligans. Wonder what those guys would think about a black man playing for their country.

There are no dark horses to root for Besides the traditional soccer superpowers, the only underdogs left are an anonymous Czech team, a plucky Greek team that’s probably going to serve as cannon fodder for the Germans in the quarters, and Portugal. How you feel about Portugal probably depends on how you feel about Cristiano Ronaldo, who recently said that everyone hates him because he’s rich and handsome. (Oh, there are much better reasons, Cristiano.) Still, watching him singlehandedly destroy the Dutch was mightily impressive. Portugal’s a good bet to take care of the Czechs.

There will be 24 teams at Euro 2016 as opposed to the 16 we have now Everyone seems to think this is a terrible idea. I’m not so sure. I think there are 24 credible national teams in Europe. Besides the 16 who made it here, we have Turkey, Bosnia-Herzegovina, Serbia, Norway, Switzerland, Romania, Scotland, Slovakia, and Slovenia, plus Belgium if they ever get their act together. Plus, who’s to say whether a new talent might emerge that would make Northern Ireland, Finland, Israel, or some other nation competitive at this level? A lot of people just might be pleasantly surprised four years from now. 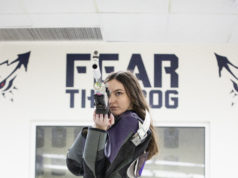 Buck U: Madness and Misfires