The Intouchables (R) This French dramedy was a huge box-office hit that swept every award in sight in its native country, but you’ll likely find it underwhelming. Omar Sy portrays a Senegalese immigrant who lands a job as a live-in nurse to a wealthy white Parisian (François Cluzet). The two men find themselves becoming best friends, despite their differences. The lead actors have a nice rapport, but Olivier Nakadache and Éric Toledano do a sloppy job writing and directing this, giving us hijinks instead of character. The movie’s sanitized, feel-good version of race relations has struck a chord with French audiences and critics, but it also shows what a long way France has to go. Also with Anne Le Ny, Audrey Fleurot, Clotilde Mollet, Cyril Mendy, Christian Ameri, and Alba Gaïa Bellugi. (Opens Friday at AMC Grapevine Mills)

Queen of Versailles (PG) Lauren Greenfield’s documentary follows Florida real estate mogul David Siegel and his wife Jackie as they prepare to build the largest mansion in America, only to see David’s fortune greatly reduced during the 2008 financial meltdown. (Opens Friday in Dallas)

2016: Obama’s America (NR) Dinesh D’Souza’s right-wing documentary anticipates where America will be in four years if the president is re-elected. (Opens Friday)

The Amazing Spider-Man (PG-13) The series goes back to its origins with this well-made blockbuster that’s neither transcendent nor in any way terrible. Andrew Garfield takes over the role of Peter Parker, whose search for the fate of his murdered parents intensifies when he’s bitten by that radioactive spider. The various plot strains are brought together gracefully by new director Marc Webb and his writers. The biggest difference between this movie and its predecessors is Garfield, who turns in a refreshingly uncomplicated performance as a scruffy kid bursting with emotions. This is a supremely competent and effective movie rather than a great one, and it makes an intriguing starting point for a new series. Also with Emma Stone, Rhys Ifans, Denis Leary, Sally Field, Martin Sheen, Irrfan Khan, C. Thomas Howell, Embeth Davidtz, and Campbell Scott.

Diary of a Wimpy Kid: Dog Days (PG) Not as good as Moonrise Kingdom but more likely to appeal to the little ones. The third film in the series is an episodic account of summer vacation as experienced by Greg Heffley (Zachary Gordon), whose chief goals are to stay on his father’s good side, play video games, and win the heart of classmate Holly Hills (Peyton List). Needless to say, hijinks ensue, but things eventually work out, if not quite as Greg had imagined (and minus the video games). Steve Zahn turns in a decent but understated performance as the dad, while Rachael Harris goes under-utilized as the mother. The film won’t be especially enjoyable for adults, but it’s not terribly grating either, except for its random stereotype of a South Asian student, whose accent serves as an awkward punchline. Also with Robert Capron, Devon Bostick, Grayson Russell, Laine McNeil, and Karan Brar. — Zack Shlachter

Ice Age: Continental Drift (PG) The well is long dry for this fourth installment, as Manny the mammoth (voiced by Ray Romano) gets separated from his family and once again relies on the help of his buddies (voiced by John Leguizamo and Denis Leary) to reunite with them. The domestic drama fails to generate any emotional heat or make us invest in the main characters, and the addition of a villainous orangutan pirate (voiced by Peter Dinklage) and some hefty vocal talent in the cast accomplishes nothing. The wordless four-minute Simpsons short that accompanies the feature is a better piece of filmmaking than this. Additional voices by Jennifer Lopez, Queen Latifah, Keke Palmer, Wanda Sykes, Seann William Scott, Josh Peck, Josh Gad, Aziz Ansari, Nick Frost, Rebel Wilson, Alan Tudyk, Joy Behar, Patrick Stewart, Heather Morris, Nicki Minaj, and Drake. 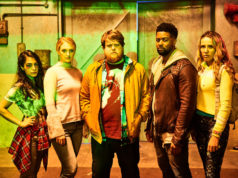 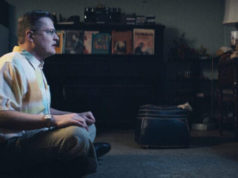 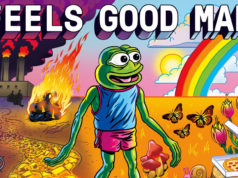