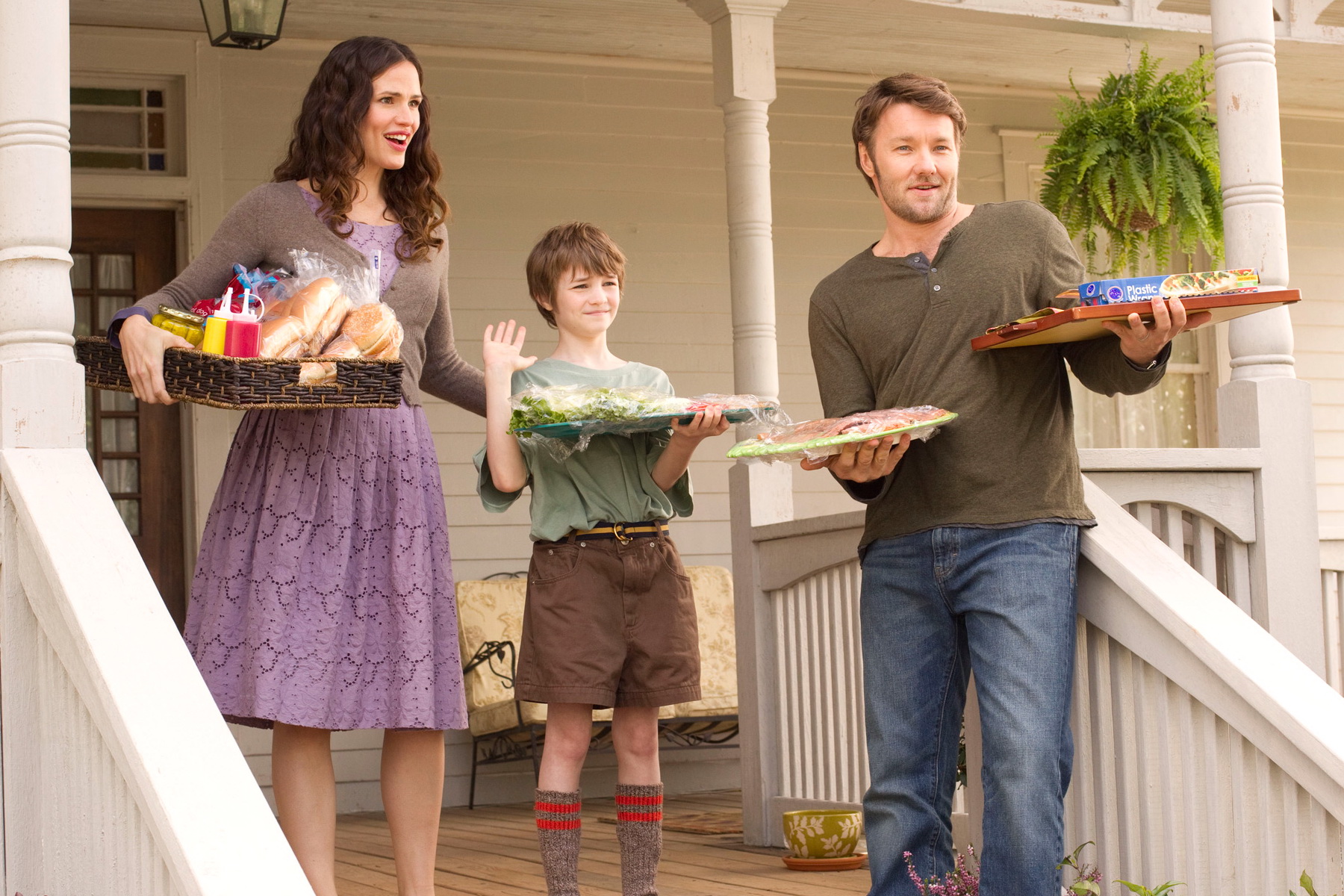 The word “odd” is entirely appropriate in the title of The Odd Life of Timothy Green. This family-oriented movie has the bad luck to come to us just one week after Ruby Sparks, another magic-realist fable about a person who’s conjured to life out of someone else’s love and imagination. Timothy Green is not good enough to withstand the comparison, but it does have some lovely moments.

The story begins with Jim and Cindy Green  (Joel Edgerton and Jennifer Garner) being informed by their doctor that, despite all their efforts, they can’t conceive any children. Stomach-punched by the news, the Greens go home and invent their own ceremony to deal with their heartache, using slips of paper to write down all the qualities they would want a child of theirs to possess and then burying those slips in a box in the backyard. That same night, a fully formed boy (CJ Adams) walks into their house from their backyard, covered in soil. He calls himself Timothy and addresses the Greens as “Mom” and “Dad.” Aside from the green leaves sprouting from his lower legs, Timothy seems much like any other kid.

This is the third film written and directed by Peter Hedges, and it’s more of an outright fairy tale than his debut, Pieces of April, or his follow-up, Dan in Real Life, especially in depicting the nonspecific dying factory town where the Greens live. Timothy is supposed to be a catalyst for all sorts of good things, but the movie gets little out of Jim being inspired to stand up to his demanding dad (David Morse) or Cindy being inspired to stand up to her overbearing sister (Rosemarie DeWitt) or from Jim’s idea to save the pencil factory that provides most of the jobs in town. The interlude with the unathletic Timothy struggling on his soccer team doesn’t bring many laughs, either. What saves Timothy from being a plaster saint is the wry sense of humor that Adams brings to the role, a quality that you don’t often find in kid actors.

Even with a beautiful shot when Cindy comes across an outdoor art installation that Timothy and a girl in his class (Odeya Rush) have been working on, the movie hits its stride only near the very end. Throughout the film, the leaves around Timothy’s ankles turn brown and fall off, a sign that he is, like the rest of us, only here for a brief time. For a few scenes near the end, the movie succeeds in conveying its message about how every life is a miracle, even the shortest one. Its excellence is fleeting, but this seems to be in keeping with the theme of the fleeting nature of life itself. On balance, The Odd Life of Timothy Green is an average movie at best, but in a few patches it reaches exalted territory.

The Odd Life of Timothy Green