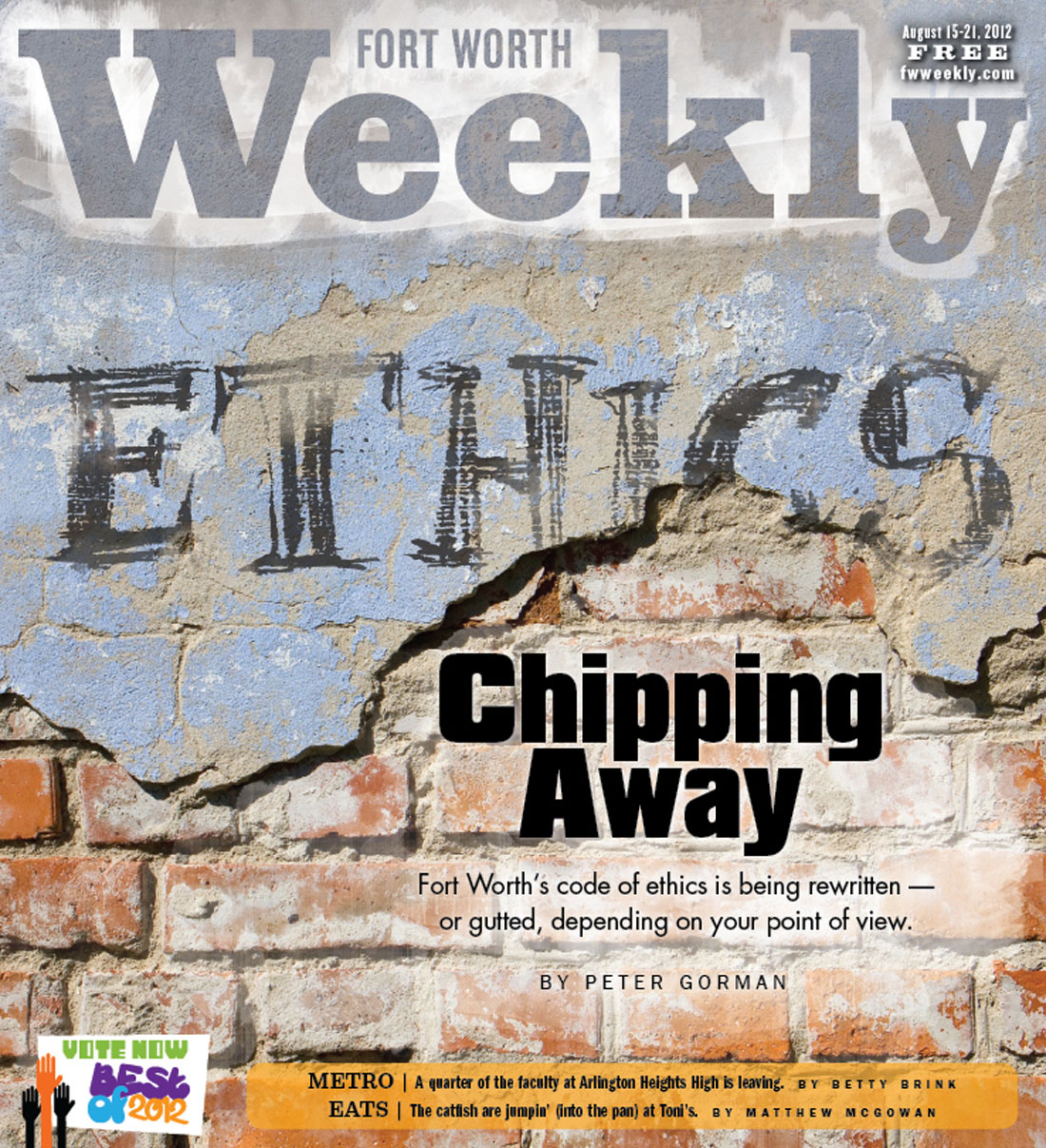 Two years ago, members of the city’s little known and little used Ethics Review Committee found out what happened when you pissed off Mike Moncrief. The mayor tossed their board and major parts of the city’s ethical rulebook out the window.

It was a rather stunning example of the kind of personal power play that the ethics code was intended to prevent. Moncrief fired the committee members without prior approval of the council and appointed new members without regard for the code’s requirement that citizen input be sought.

What had the ethics panel done to draw such reaction? It had ruled that it was a violation of the city’s ethics code for three highly placed gas company employees to sit as members of a committee making recommendations on the details of an air quality test that had far-reaching implications for the companies that paid their salaries.

Perhaps as remarkable as what Moncrief did was the fact that he got away with it. A majority of the city council backed him. And now the things that he did are being written into — or out of — city ordinances and codes on a long-term basis.

One of the proposed changes that has activists worried most is what amounts to a free pass for city officials, allowing the city attorney to rule on a large percentage of conflict-of-interest questions and cutting the ethics board out of the process. Since the city council hires and fires the city attorney, there is no safeguard in place to keep the council from getting whatever opinions it wants.

A  second  possible  change  involves the way the ethics commission is appointed. Currently, the city council must reach out to the community for recommendations on ethics panel members. If the changes now being worked on are approved, the council will no longer have to do that.

A third key change being considered would allow advisory boards and committees to be exempt from the Texas Open Meetings Act — something that is legal but is not the current practice in Fort Worth.

A lot is at stake when a city’s ethics code and ethics commission are potentially weakened. Far-reaching ethical questions come up daily in a city the size of Fort Worth, said Robert Wechsler, a leading researcher on ethics issues for legislative bodies nationally.

“Millions of dollars in contracts and awards go out on a regular basis. Inside information on key areas for future city development is available to certain officials and businesspersons, but not to the average person. Friendships can color deals; so can animosity,” said Wechsler, research director for the nonprofit Cityethics.org. “And that’s why you have a code of ethics and an ethics review board, to make it clear what is an ethical conflict and what is not. With the rule of thumb being that if you need to ask the question, it’s probably a conflict.”

No one on the city council or on the ethics review commission is taking credit for pushing the changes, but no one seems to be working at stopping them either. The amendments are being written by the city attorney’s office — which provides legal advice to the council and other city officials.

Despite the potential impact on the city and its taxpayers, the process of changing the ethics code is being done so far under the radar that even some community organizations that are generally quick to howl about ethical lapses and lack of transparency say they didn’t know what was in the works.

“We need a  strong  ethics code because if we don’t keep a separation between the city and the business of business, we’re going to end up with the kind of stuff we had with Moncrief,” said Jerry Lobdill, a retired physicist and longtime activist on gas drilling and other issues. “The business of the city is paid for by the taxpayers of the city, and a strong code of ethics and a strong ethics review board are there to remind city officials that they are public servants.”

He doesn’t expect the situation to get better any time soon. The city council, he said, “simply defies anyone to bring them to task.”