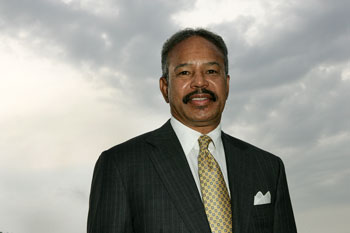 Like President Barack Obama, Fort Worth schools superintendent Walter Dansby could be forgiven if he said he inherited a failed system when he took over the helm of the district last year from former superintendent Melody Johnson who resigned abruptly in her fifth year. It was second from the bottom in state and federal student acheivement results amongTexas’ six largest urban districts; it was facing a budget shortfall of more than $40 million, it was bleeding money to outside legal firms fighting three whistleblower lawsuits as well as numerous other employee-filed grievances charging everything from falsification of attendance documents to bullying from supervisors to discrimination in hiring and disparate treatment of students of color. Plus, its school board may have been the most controversial in the district’s history.

But at yesterday’s “state of education” address, that Dansby gave to a packed crowd at Ridglea Country Club,sponsored by the Fort Worth Chamber of Commerce, the district’s first African-American super’s talk was upbeat filled with great expectations for the future, mostly ignoring the failures of the past. He touted what he called the opening of the “first single-sex school” for young males this year when the Young Mens’ Leadership Academy opened its doors at Dunbar’s former sixth-grade center.. Last year, the district opened a young women’s leadership acadamy on Fort Worth’s Near South Side, both offering a “rigorous college prepartory curriculum” for 6th  and 7th graders.  (The girls’ school did well on its first year tests.)

Trustee Ann Sutherland, who was in the audience, said afterward that during Dansby’s first year, the district’s ranking among the state’s six large urban districts in the Department of Education’s  Annual Yearly Progress report shows that Fort Worth school’s have risen from second from the bottom to third from the bottom, bypassing Dallas for the first time, with 33 percent of Fort Worth’s 125 schools meeting the federal standards compared to Dallas at 27 percent. That’s still not good enough, she said, but it does show progress under Dansby’s leadership. “I think he’s doing a good job so far,” she said, compared to Johnson, whose five year tenure saw the district’s scores drop from second from the top in the urban districts to second from the bottom.

Yet, there is still a $40 million budget shortfall out of a budget nearing $589 million due primarily to the state legislature’s cuts to education funding. With 85 percent of the budget going to personnel costs.  The district is trying to make up up the shortfall by laying off low-echelon employees such as library clerks, offering teachers money incentives to retire early, combining some high school classes, which will increase the student-teacher ratio in some schools,  and not filling slots that come vacant in the central office, which reduced  the staff  there by 200 in the current year, according to Sutherland, who vigorously opposed the lay-offs of the low-paid staffers such as library clerks and kindergarten aides. Those employees make in the teens and low twenties while the central office personnel are often paid in six-figures.

Dansby is making more than $328,000 with a $10,000 bonus promised for his first year. Yet, he announced  this summer that this year there will be no employee raises because the district “can’t afford it.”

In a short press conference after the talk, Dansby was asked about those layoffs that hit the lowest paid employees hardest. He said that most of those who lost jobs have been rehired for other positions that came open. “We put out the word to those employees that they would get preference in hiring.,” he said, “if they would apply. “Almost all who were laid off t have been rehired,”  he said.

“People know we have to have layoffs–we have a $40 million budget shortfall this year and only $100 million in reserves, with no real hope for relief next year or the one after, but, I was upset that all the layoffs came from the school sites and not the higher paid central office,” Sutherland  said.  She was the only board member who raised objections.

Dansby touted the district’s diversity. With around 80,000 students, close to 60 perdent are Hispanic, 25 percent African American and the rest Anglo and “other.”  He pointed to partnerships that he’s developing with businesses and the city in his efforts to improve the education of all the city’s children, citing more than 400 “partners” who have signed up to collaborate with the district since he took over — a 20 percent increase from the year before. The district now meets regularly with FW mayor Betsy Price to help “place community resources where they are needed,” he said. However, one of the district’s biggest failures in this effort was the decision by the two entities  to cancel the partnership between the Fort Worth ISD and the city to build a joint-use facility, Rosemont Park school, that would be open year-round and on nights and weekends for use by the surrounding  community. But when Chesapeake Energy announced plans to drill 14 wells just across the street  from the school, the plans fell through.

A nutrition partnership may have greater success. This year, according to promo materials passed out by the district, Carlo Capua, chef  and owner of Z’s Cafe  is working with the mayor and the district to introduce nutritious foods into the district’s cafeterias as well  as providing guides on healthy eating for students and their families. a long-overdue program, especially in an inner-city urban district where the district’s demographics show that 75 percent (67,271) are “economically disadvantaged.”  It doesnt’ take a rocket scientist to understand that kids who are hungry do not do well in school. yet nutrition has been one of the most neglected areas of our public schools until First Lady Michelle Obama made it one of her priorities. Now Dansby has made it a priorty of this district.

Other partners include JP Morgan Chase that recently donated $50,000 to the Young Mens’ Leadership Academy; XTO Energy with a $25,000 grant to Paschal High School’s engineering program; and a partnership between TCU and Paschal for the university to provide help in English, science and math programs at the school. It is also providing help to Paschal’s newly formed dance company from its school of classical and contemporary dance.  And in a switch from past superintendents who cut such programs from the budget, a full fine arts progam, is being offered at every high  school in the district.

However,Improving those test scores, will be his biggest challenge  He said the key is better teachers, improved relations with parents, a focus on keeping kids in school, and a community dedicated to making education its top priority. He emphasized the need to teach kids critical thinking while not mentioning the barrier to that ideal that’s been put out by the State Board of Education’s Republican conservative majority, which recently proposed guidelines that would eliminate such teaching in the states’ schools, based on the theory that teaching  kids to think critically could interfere with their parents’ “authority.”

And in a video that says more about the times we live in than words can say, he showed pictures of students down on their knees in a hallway, their heads against the wall, their hands over their heads, as they practice in an emergency drill simulating a possible hazardous materials accident near their school. It was an eerily familiar “duck and cover” picture of another time when kids of another generation feared a nuclear attack from Russia. Ironically, this is not so different, after all. The most hazardous materials that will be traveling through this district on their way to a West Texas dump will be nuclear waste from the nation’s nuke programs and nuclear power plants.

As one observer said rehtorically after the speech was over, Why on earth would he want this job?” When asked that once by this reporter, he answered that his  whole life has been dedicated to improving the lives of kids in his community. (He has been in education for close to 40 years, all of his career in the Fort Worth district.)

“As superintendent, he said, “This is where I  hope I can do the most good.

As yesterday’s state of education address shows, he has his work cut out for him.