Here Comes the Boom (PG-13) Ow! I saw it coming, but I still couldn’t get out of the way. Kevin James stars in and co-writes this comedy about a burned-out high-school teacher and former collegiate wrestler who rediscovers his passion when he turns himself into an MMA fighter to raise money to prevent a music teacher who inspires him (Henry Winkler) from losing his job. James remains charming, but the script is so lacking in comic inspiration that at one point the characters get into a food fight to get laughs. The movie’s better than Won’t Back Down, but nowhere near as good as The Warrior. Also with Salma Hayek, Bas Rutten, Gary Valentine, Charice, Jackie Flynn, Mookie Barker, Nikki Tyler-Flynn, and Greg Germann. (Opens Friday)

The Perks of Being a Wallflower (PG-13) Stephen Chbosky turns his beloved 1999 teen novel into a movie, and it’s well worth the 13-year wait. Logan Lerman portrays a kid navigating his freshman year of high school after a stint in a mental institution. The film is exceptionally well-cast, with Lerman doing magnificent work as a mentally fragile kid and Ezra Miller and Emma Watson forming a killer duo as a pair of senior stepsiblings who respond to the kid’s shyness and take him in. The sharpness of Chbosky’s comic dialogue keeps the movie’s pathos from overwhelming everything else, and as a director he captures the exhilarating feeling of teenage years to create some great lyrical moments, like Watson standing up in her pickup truck while it’s driven through a tunnel. This is one of the great teen movies of the last decade. Also with Mae Whitman, Dylan McDermott, Kate Walsh, Johnny Simmons, Nina Dobrev, Melanie Lynskey, Paul Rudd, and Joan Cusack.

Pitch Perfect (PG-13) A total blast. Anna Kendrick stars in this musical comedy as a college freshman who joins an all-female a cappella singing group at her school and sets about dethroning the national champions, an obnoxious all-male group that’s also at her school. Kay Cannon’s script is full of quotable lines, and the punchlines come from all corners, including Hana Mae Lee as a chorister who can’t speak above a whisper and Elizabeth Banks and John Michael Higgins as a pair of cranky TV commentators. Kendrick’s singing makes up for her sluggish performance, as she leads the group in a rousing cover of “No Diggity” and does a YouTube-inspired solo on “Cups (You’re Gonna Miss Me),” while Rebel Wilson steals all manner of laughs and takes lead on “Turn the Beat Around.” It’s all enough to send you out of the theater singing. Also with Anna Camp, Brittany Snow, Skylar Astin, Adam DeVine, Alexis Knapp, Ester Dean, Joe Lo Truglio, Donald Faison, Har Mar Superstar, John Benjamin Hickey, and Christopher Mintz-Plasse.

Red Dawn (PG-13) Actually worse than most crappy remakes of 1980s movies, this more-than-casually racist thriller stars Chris Hemsworth as a Marine on leave when America’s coasts are invaded by a bunch of evil Asians. The villains were reportedly changed from Chinese to North Korean to avoid offending Chinese consumers. Geopolitically, this makes no sense, but that’s just one small cop-out as the Marine turns his kid brother (Josh Peck) and his brother’s high-school pals into a counterinsurgency. He must be good, as it takes all of 30 seconds of screen time to train those kids into killing machines. The movie panders to jingoism and nostalgia for the original at every turn, and even its action sequences are dull. Also with Josh Hutcherson, Adrianne Palicki, Isabel Lucas, Will Yun Lee, Connor Cruise, Brett Cullen, and Jeffrey Dean Morgan.

Rise of the Guardians (PG) Above-average animated film is about Jack Frost (voiced by Chris Pine) as he is recruited into a superhero league with Santa Claus, the Tooth Fairy, and the Easter Bunny (voiced by Alec Baldwin, Isla Fisher, and Hugh Jackman) to protect the world’s children against the Boogeyman (voiced by Jude Law). Adapted from William Joyce’s novel, this bogs down in sentimentality near the end, but it has some nice jokes and a nifty voice cast, especially Jackman (using his native Australian accent) as a hypermacho rabbit who’s overly sensitive about his cuddly species. Additional voice by Dakota Goyo.

The Sessions (R) John Hawkes’ distinguished lead performance outstrips this wan dramedy based on the life of a poet and journalist crippled by polio who sought to lose his virginity at age 36. Writer-director Ben Lewin doesn’t bring much wit, imagination, or visual flair to this story. The scenes between the hero and his sexual surrogate (Helen Hunt) are skillfully played, yet the filmmaker seems unsure exactly what to make of their relationship. Hawkes does best in depicting his character’s psychological hang-ups, which go beyond his body image issues. Whatever staying power this movie has, it owes to him. Also with William H. Macy, Moon Bloodgood, Annika Marks, Adam Arkin, W. Earl Brown, Robin Weigert, and Rhea Perlman.

Skyfall (PG-13) The most interesting Bond girl turns out to be M (Judi Dench) in this bracing return to form for the James Bond series. 007 (Daniel Craig) comes out of a self-imposed sabbatical after a shadowy villain starts to target his boss. Director Sam Mendes can stage a gunfight as well as anyone, but he’s just as interested in seeing Bond interact with an officious political flack (Ralph Fiennes), the new Q (Ben Whishaw), and a sexy fellow agent (Naomie Harris, who sets the screen alight). It all sets up an Oedipal confrontation with one of M’s former agents (Javier Bardem), and the emphasis on M allows Dench to finally stretch her acting muscles in this series. For an agent who has been in the field for 50 years, Bond is looking pretty spry right now. Also with Bérénice Lim Marlohe, Ola Rapace, Rory Kinnear, and Albert Finney.

The Twilight Saga: Breaking Dawn — Part II (PG-13) The good news is that The Twilight Saga is finally over. The bad news is that even though this final installment is probably the best of the series, it’s still a sloppy, choppy, woodenly acted slog. After saving Bella (Kristen Stewart) from death by turning her into a vampire, Edward (Robert Pattinson) and about 20 other sparkly vampires band together with Jacob (Taylor Lautner) and his werewolf kin to protect her half-human/half-vampire daughter from the murderous intentions of the Volturi, the vampire coven at odds with Edward’s. Occasionally, moments like Bella’s testing out her new vampire powers and a lengthy, climactic fight scene rife with bloodless bloodsucker decapitations are entertaining, but the combination of Stewart’s two-speed acting technique (mopey and mopier), horrible pacing (whooshing, high-speed vampire action interspersed with looong, talky pieces), and the preponderance of brownish red contact lenses makes watching this a real drag. The cast’s timing is terrible, and Bill Condon’s amateurish direction wouldn’t even cut it in a tampon commercial. For fans of the series only. Also with Peter Facinelli, Elizabeth Reaser, Ashley Greene, Kellan Lutz, Jackson Rathbone, Nikki Reed, Chaske Spencer, Maggie Grace, Jamie Campbell Bower, Lee Pace, Dakota Fanning, and Michael Sheen. –– Steve Steward

Wreck-It Ralph (PG) Derivative and yet likable. This Disney animated comedy is about a 1980s video game villain (voiced by John C. Reilly) who gets sick of his job and jumps into other games to become a hero. The movie will be required viewing for gamers of a certain age, thanks to cameo appearances by iconic video game characters and a universe where characters from the different games freely intermingle after the arcade closes. Yet the movie is more than just nostalgia, as evidenced by a fraught plotline when Ralph befriends a little girl created by a programming glitch (voiced by Sarah Silverman) in a girly kart racing game and tries to help her compete in the race. With its funny voice cast and animation inspired by the looks of various video games, this is well worth your quarters. Additional voices by Jane Lynch, Jack McBrayer, Alan Tudyk, Mindy Kaling, Adam Carrolla, Horatio Sanz, Ed O’Neill, and Dennis Haysbert. 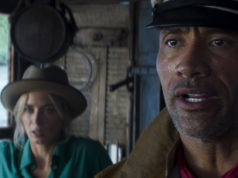 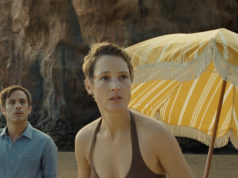 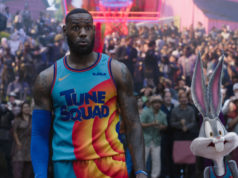