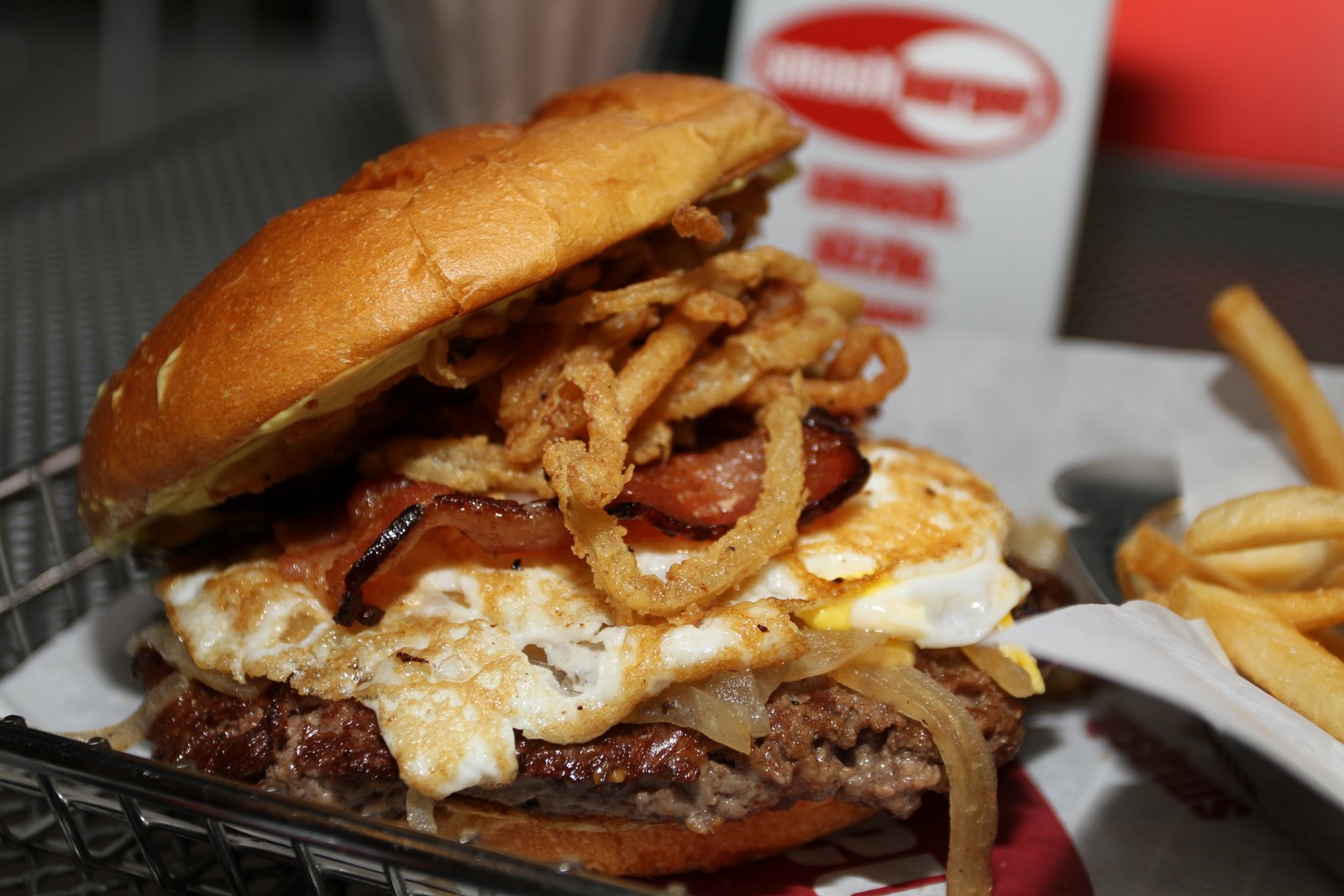 As I stood at the local fast-food counter, my mind wandered back to Dublin, Ireland, and … a Burger King. Yes, after traveling thousands of miles overseas to one of the most beautiful and historic cities in the world, my friend and traveling companion had insisted that we eat at Burger King, “to compare that to how they taste back home.” It was enough to make St. Patrick cry.

Smash! I was back in the present, trying to pick up the thread of the woman’s words. At Smashburger, she was saying, they smash their patties instead of squishing them, and that makes all the difference.

It was enough to make a food critic cry, and yet there I was, actually preparing to do a column on a national burger chain.

See, another friend of mine had convinced me that Smashburger was a tier below Fred’s or Kincaid’s but way better than In N Out or Whataburger. So I took my burger pal to dine with me. I made him order. After all, it was his fault I was there.

The menu is small, but there are a ton of DIY options. My friend didn’t even look at it. He just started calling out ingredients to the woman behind the counter, like he was playing burger jazz: improvising until it sounded good.

What we got was a Frankenburger stuffed with grilled onions, bacon, jalapeños, and a fried egg on a spicy chipotle bun ($5.29). As we split the goliath, my friend looked at me like he had just driven my car over a cliff, with my puppy in the passenger seat. It was the look of a man who has been let down by the restaurant he had convinced me to try.

The meat was way overcooked, the fried egg tasted rubbery, and the grease-soaked bun tore open like a shredded tissue. To make matters worse, the “smash” fries ($1.99) — tossed with rosemary, olive oil, and garlic  — were inexcusably bland and undercooked. They had all the crunch of a cotton ball. The fried pickles ($2.29), served with buttermilk ranch dressing, weren’t bad, but they weren’t good enough to make up for the other missteps.

We also got a classic burger ($5.99), topped with the most lifeless tomatoes I’ve had since … last week. Once I extracted them, the burger was tasty. The meat was well-smashed, and the whole thing dripped with the vaguely spicy “smash sauce.”

For the record, I agree that Smashburger is better than In N Out and Whataburger, but the food’s nowhere near as good as that served by most of the mom-and-pop burger joints around town.

Also for the record, the most disappointing thing about our visit to the Irish Burger King was that, despite my protestations, I secretly enjoyed the meal. If I can survive that shame, I guess I might visit Smashburger again someday too.