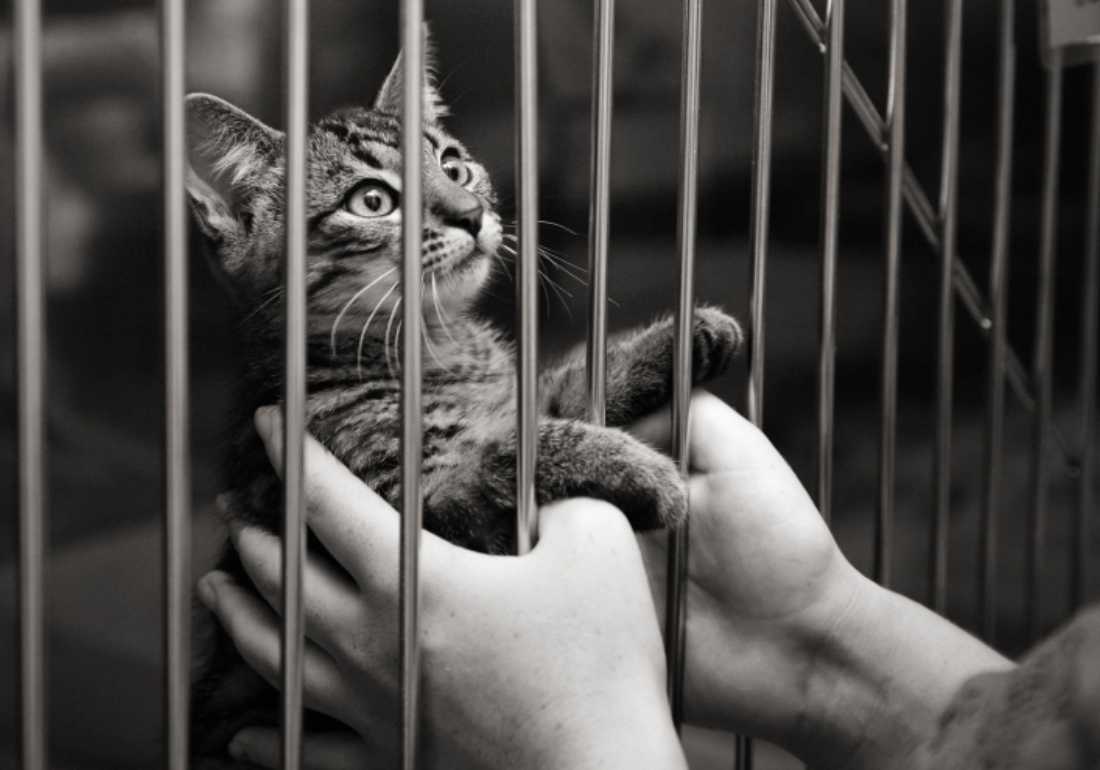 There were so many cats in the Parker County trailer home –– 91, to be exact –– that Humane Society investigator Shelly Meeks said later she probably should have worn a respirator to filter out the ammonia fumes coming off the urine covering the floor. Most of the animals had severe respiratory infections.

That was Dec. 6 and the second time in the last six months that dozens of animals were found in deplorable conditions by a rescue group that was still receiving dogs and cats from the Fort Worth Animal Shelter, even after the city had been warned of a potential problem, Meeks said.

Meeks declined to name the rescue group that owned the trailer but said the group had received 800 animals from the shelter, mostly cats, over a 10-month period. She said the numbers alone should have raised a red flag –– few groups can provide adequate care for that many animals.

“They took them out of one bad situation and put them right into another,” she said of the city’s animal control division. “They didn’t learn.”

The Humane Society of North Texas’ complaints about the trailer operation and a second rescue group were not well received. Two weeks after the group contacted local media about the issue, the Fort Worth Animal Care and Control division issued a statement denying that its lack of oversight was contributing to the problem and accused the nonprofit of jumping the gun by talking to the media “instead of engaging in a more productive conversation.”

“The vast majority of our rescue partners do a great job, but we have had a couple that have come up short,” the statement said. “The sad reality is that the choice for sick animals at our shelter is often either an opportunity with a rescue group or humane euthanasia.”

For the city, there’s a difficult balance to strike between euthanasia and handing over more and more animals to rescue groups that may or may not be prepared to deal with them. A national “no-kill” movement has increased the pressure on shelters to hand over the animals, and animal lovers feel greater obligation to take them in.

That can mean shelters are criticized both for euthanizing animals and for giving them to unregulated rescue groups, some of which keep the animals in appalling conditions.

“It’s a tough line for municipal shelters; they don’t have unlimited resources,” said James Bias, president of the Society for the Prevention of Cruelty to Animals of Texas. “It’s easy to be critical, but at the same time, these municipal shelters are being questioned as to their euthanasia rates.”

Meeks agrees with that assessment. She realizes it’s impossible for the shelter to please everybody all the time.

But she also found paperwork at that Parker County trailer showing that the Fort Worth shelter had given the foster group five more cats in December, even though city officials said they stopped releasing animals to the group after an August inspection.

Meeks said the same thing happened with Teresa Weldon, another Parker County animal rescuer whose 58 dogs were seized by the sheriff’s office in May.

Despite warnings from the Humane Society and a cruelty investigation of Weldon by Arlington’s animal shelter, Fort Worth continued to hand over dogs to Weldon’s rescue operation, Meeks said.

Fort Worth officials declined to answer questions about Weldon or the Parker County trailer. As a response, city spokeswoman Diane Covey sent another statement from the city’s animal care and control division.

“The city disputes the facts and conclusions presented by the Humane Society of North Texas specific to our animal shelter,” she wrote. “Under no circumstances would we ever knowingly release an animal into an unsafe, unhealthy, or inhumane environment.”

The Humane Society understands that resources are scarce and it’s difficult to regularly inspect every rescue group that accepts animals from the shelter. But once the city has been informed of the problem, releases of animals should end, said Peggy Brown, community outreach coordinator for the Humane Society of North Texas.

“What we hear most often is ‘We didn’t have the staff to do it,’ ” Brown said. “Once you’ve been alerted that there’s a problem, pay attention. Don’t ignore it and then just keep giving them more animals.”

Managers of Fort Worth’s shelter can claim some success in reducing the numbers of animals euthanized. Over the last few years the city has increased live release rates from 35 to 65 percent, Covey said.

The city verifies that every rescue partner is a valid nonprofit organization, conducts periodic inspections of local rescue groups, and follows up on information that may warrant further investigation, according to the statement from animal control.

“We have worked diligently over the course of the past few years to expand our adoption and rescue partnerships in an effort to save as many animals abandoned at our shelter as possible,” the release said.

They certainly have succeeded in that, Meeks said. But even though many activists believe no animal should ever be euthanized, there are “fates worse than death,” and dogs living covered in their own feces is one of them, she added.

“They are living in a hell that is far worse than death in a lot of cases,” Meeks said. “We don’t want to see animals going into situations like that.”

Avoiding that means diligently investigating rescue groups that may be in way over their heads, she said.

Because there is so little oversight of the fragmented network of rescue groups and animal foster homes, it’s very hard for a municipal shelter –– or nonprofit groups like the Humane Society –– to stay on top of conditions, Bias said.

“You can have a rescue organization that has a network of dozens of individuals,” he said. “Trying to manage an inspection of each of those homes would be really tough.”

Everyone interviewed for this story stressed the importance of not generalizing about rescue groups. Most of them work very hard and adhere to high standards of care for their animals, Bias said.

Peggy Marshall, interim executive director of Operation Kindness, a rescue group and animal shelter in Carrollton, said the larger fault lies with irresponsible pet owners who have a “throwaway mentality” about animals that results in too many abandoned animals for city shelters and rescue groups to care for.

“Everyone involved is trying to do the right thing for pets. But again, this is a community issue that is bigger than the animal shelter and the Humane Society,” Marshall said. “We need to get the communities involved in helping to solve it.”

In the meantime, euthanasia is a sad but necessary reality to avoid situations like that of 91 cats slowly dying in a trailer, Meeks said.

“This is one of the only professions I know where we’re trying to put ourselves out of the job,” she said. “But I don’t see that happening in our lifetime.”