Growing up in Burleson, Rose didn’t know many African-Americans. As an immature, stoned young man, he had no idea how to interact with them, including the middle-aged woman who approached him one day at the airport, where he had been squatting for four days. He was sitting on the curb, smoking the remainders of cigarettes that had been stamped out on the street, when she sat down next to him.

“I was dirty, and I looked horrible,” Rose recalled. “She started telling me about her life, about how good she has it, about her kids, and everything, and I’m being really rude to her. I’m, like, ‘Will you leave me the fuck alone? I didn’t ask you to sit down next to me.’ ”

Joe blew smoke in her face. She didn’t budge. She also managed to extract one important piece of information from him. “She was, like, ‘Where are you from?’ I said, ‘Texas. Now get the hell out of here.’ She said, ‘Oh, I see a friend. I’m going to go talk to her.’ I said, ‘Whatever.’ ”

The woman left. About 30 minutes later, she returned. Joe stood up. She handed him a plane ticket.

“Nobody had ever really done anything completely selfless for me before,” Rose recalled. “I never asked for anything. … I was always a loner. She gave me that plane ticket, and I started bawling. She reached over, and she hugged me. And I knew I stank. I smelled awful, but she hugged me like I was one of her kids. She said, ‘I don’t know what’s wrong. I don’t know why you’re angry, because I can tell you’re angry. But somewhere there is somebody who loves you, and that’s where you need to be.’ ”

Rose said that moment was like a trigger for him, a real wakeup call. Walking through the airport, he began noticing happy people, though he didn’t understand why they were happy –– what did anyone have to be happy about? Joe got on the plane. His destination: Dallas-Fort Worth International Airport.

He’s not sure exactly how he got on, considering his body odor, but he got on. Perhaps because of his B.O. or some sort of special dispensation afforded by his ticket angel, he was given an entire row of seats to lie across, blankets, pillows, as many sodas and bags of peanuts as he wanted, and paper and pen for him to write and draw.

As soon as he landed, he called his best friend, whom he hadn’t seen in years, and told him he was at the airport. Chris Armour picked Rose up and took him in immediately. “If it also wasn’t for [Armour],” Rose said, “I’d probably be dead.”

After Rose sobered up, he started working for his cousin, who owned an Arlington design company specializing in custom paint jobs for motorcycles and helmets. “It was a lot of fun,” Rose said. “I was, like, ‘Oh, wow. This is what I’ve been missing my whole life: working with my damn hands.’ ”

Rose worked for his cousin for a couple of years before tiring of the competitiveness and the emphasis placed on greenbacks. “It became about money,” Rose said, “and I realized that once money got involved, [art] lost its importance to me.”

Rose quit, started “couch surfing,” and went to work with a childhood friend of his brother’s, Danny Weaver, who had recently purchased a club at 2905 W. Berry St. near Texas Christian University.

Work at The Aardvark was good, Rose said, and the environment was inspirational –– at first. The Fort Worth music scene at the time (the early ’00s) was pretty crazy. Some concerts went on way past closing time, and recreational drugs were everywhere. A popular, rocking nightclub like The Aardvark was probably not the best place for a recovering addict, and a recurring nightmare that haunted Rose since his early teen years almost came true.

“I was in a room that was hollow,” he said, recalling the nightmare. “It was like a gymnasium, but I couldn’t see how big the room was. It was just black. In front of me was a foldout table that had a birthday cake on it, and it had the wax candles ‘24’ on it, and they were lit. At first I kind of felt calmed and relaxed by the whole thing. ‘It’s my birthday.’ But the longer I sat there and didn’t blow out the candles, the more anxiety I felt, the more scared I was until I leaned over and blew the candles out, and I’d wake up screaming every time, sweaty, freaking out. I didn’t know what it meant.”

Rose was 24 years old when he tried to kill himself. The young former addict had always prided himself on his ability to out-party everyone around him. “If you were gonna do 12 pills, I was gonna do 24 pills,” he said. “If you were gonna smoke an ounce of weed, I would smoke two ounces of weed. … I got to a point where I felt invincible. … I don’t think I was trying to kill myself. I felt like I’d been trying to die for 24 years, and nothing was working.”

One summer night, he drank a fifth of vodka and emptied the entire contents of his medicine cabinet into his mouth. Weaver and a friend found him in a drug-induced delirium and rushed him to the emergency room at John Peter Smith hospital.

Rose was enraged. He had to be forcefully restrained. No one could calm him except his brother. “The only thing I really remember of that night was the nurse leaning over me going, ‘You need to drink this,’ ” Rose said. “And it looked like a tube of toothpaste. It’s charcoal. That’s what they give you when you overdose. And I said, ‘Fuck you.’ And she said, ‘Well, either you can take this, or I can shove it up your nose.’ I ripped it out of her hand and sucked it completely down.”

The last time he saw the inside of The Aardvark for a long time was the day of his release from the psych ward –– though he could barely stand, as weak as he was, he played a show with The Action that night. “It was really somber,” he said.

Following in both his mother’s and brother’s footsteps, Rose enrolled in hair-cutting school. More than necessarily wanting to work in a salon, he was desperate to learn how to interact with people — his neighbors, his co-workers, his fellow Americans. Styling or cutting someone’s hair, he said, “is about as intimate as you can be with a stranger. You’re touching them. They’re telling you everything about their life. … It allowed me to learn how to speak about myself too.”

He initially considered doing hair a fallback plan, but the more he got into it, the more he liked it. Not long after The Action folded in the mid-oughts, he landed a full-time job at a hair salon in Hurst. Music once again fell by the wayside –– but not for long.

Weaver had continued writing music after The Action disbanded. One day, he called Rose over to show him a new song, “21 Shots.” “I helped [Weaver] finish up the last verse and chorus,” Rose recalled. “I started that country melody, and he started playing, and that’s it. We just connected.”

Unlike The Action, a pure power-pop rock outfit, Rose and Weaver’s new project had a decidedly country tinge. Rose discovered that his punk-rock attitude correlated with “the darkness of classic country,” he said. Classic country, he added, “wasn’t about flip-flops and mainstream harmonies.” Instead, think “everything from relationship issues to drugs and alcohol to trouble with the law and all that stuff,” Rose said. “It just made sense to me.”

Rose began writing in earnest, and after he and Weaver amassed a modest collection of songs, the two recruited two big-time, sought-after sidemen for the then-nameless band’s rhythm section. Bassist Byron Gordon was a graduate of the University of North Texas’ vaunted music program and had played for years with indie darlings Calhoun and jazz master Johnny Case; Billy Walters was stickman for critically acclaimed singer-songwriter Collin Herring. “I don’t know why they joined the band,” Rose reflected back, “probably out of pity.”

The name “Holy Moly” comes from Rose’s knuckles –– “H-O-L-Y” is tattooed on his right fingers and “M-O-L-Y” on his left. “I remember a few times in my life when my mom would stub her toe and say, ‘Oh, holy moly!’ ” Rose recalled. “And I remembered how silly that was and how goofy, and it always made me smile. … I decided I was taking life too seriously, and I needed a reminder.”

The band began playing shows, mostly at The Aardvark, and within months made plans to record an album. The logical choice for producer was Fort Worth’s Will Hunt (Burning Hotels, The Hanna Barbarians, Calhoun), the in-demand founder/owner of Spaceway Productions in Dallas (now in Fort Worth). 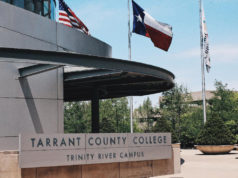