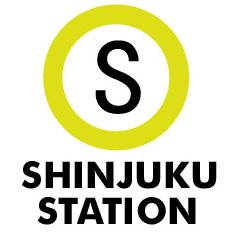 My wife Dana is a strict vegetarian, and no matter where we are on the globe –– Fort Worth, Houston, Austin, Arlington –– eating out is always a bit of a hassle. As a vegetarian, she has every right to know whether or not there’s beef or chicken stock in the beans she may be thinking about ordering (even though you’d think that by now every restaurant would be using cheaper, healthier vegetable stock). She also has ever right to demand that her veggie sandwich not be sliced with the same knife used to slice my Italian sub –– cross-contamination also makes her sick. What should be a breezy conversation between my wife and our server always ends up turning into a soap opera, but not because my wife is demanding. No, no, no.

When Dana was in college, she worked at Wings N More, a small Texas chain specializing in Buffalo wings. Cakewalk, right? Hardly. Prospective waitstaffers first had to serve as host/hostess for at least two weeks “to get the feel of the restaurant and how the team works,” Dana says. To graduate to waitstaffer, you had to pass a written test, having to know such small but significant details as the number of ounces of chicken in the chicken sandwich, the number of tomato slices on each of the various salads, whether or not a specific wing sauce was vinegar based, the number of ribs on the rib-dinner plate, whether or not the tuna salad had onions, what was in the potato salad, and much, much more. “The study manual and the test were both similar to a college course’s, but everyone on the waitstaff could answer any question thrown at them,” Dana says.

Dana hasn’t worked there in years, but knowing the owner, she can’t help but believe that that same attention to detail is still being driven into every Wings N More employee.

Now, Wings N More’s food is great, but no one would think it sophisticated or at least sophisticated enough to be studied alongside Western Civ and Calc III. Why, then, does seemingly every venture into dining out for my wife and me start off like a courtroom drama?

“What kind of stock do you use in your beans?” my wife will ask our server as politely as possible.

The server’s response? “Uhhh. Let me go check.” And then he or she will disappear for 20 minutes before finally returning with a simple yes or no.

That lack of knowledge, Dana says, would get you fired at Wings N More.

You can then imagine how thrilled we were to walk into Shinjuku Station on the Near Southside on a recent Saturday night and be waited on by a professional, who would make Dana’s ol’ Wings N More boss proud. Shinjuku, specializing in authentic Japanese cuisine and sushi, is intimidating enough on its own. Scanning all of the unusual and unusual-sounding ingredients on the menu (narutomaki, togarashi, furikake), my wife and I were prepared for a long, drawn-out battle with the guy or gal who was supposed to be “taking care” of us, as the hostess said. My mind reeled at the thought of yet another herky-jerky service in yet another wannabe casual establishment. “What’s in this dish?” “Lemme go check.” Twenty minutes later. “Well, what’s in this dish?” “Lemme go check.” Thirty minutes later. Though the restaurant wasn’t busy, Dana and I even considered bolting for the stress-free shores of a nearby place like Yucatan Taco Stand (you order at the counter) or Hot Damn, Tamales! (you also order at the counter).

Yeah, we were pretty hungry.

But –– *blaring trumpets* –– Shinjuku wasn’t just all talk, thanks mainly to our badass server, Jarred, who seemed positively thrilled to walk my wife and me through our vegetarian options and carefully explain every flavor of every ingredient used in every item within my and Dana’s ambit of taste. He seemed not only excited about the food but also about our being there, two complete strangers. The only hiccup was an order that came out way after Dana and I had finished eating and become stuffed. And the food was filling. And flavorful. My Hamachi Zest Garlic roll wasn’t rolled tightly, which I attributed to authentic preparation, and was room temperature, but the mélange of spicy salmon and asparagus topped with hamachi (or yellowtail), lemon zest, roasted garlic, green onions, and a splash of ponzu was meaty and offered a range of sweet and savory.

I’m not saying there aren’t places in town as equally scrupulous about service as Shinjuku (and Wings N More). I’m just saying there are too few (or Dana and I have been to the wrong places). I don’t know, but I’m betting Jarred wasn’t born with Shinjuku’s menu in his head.