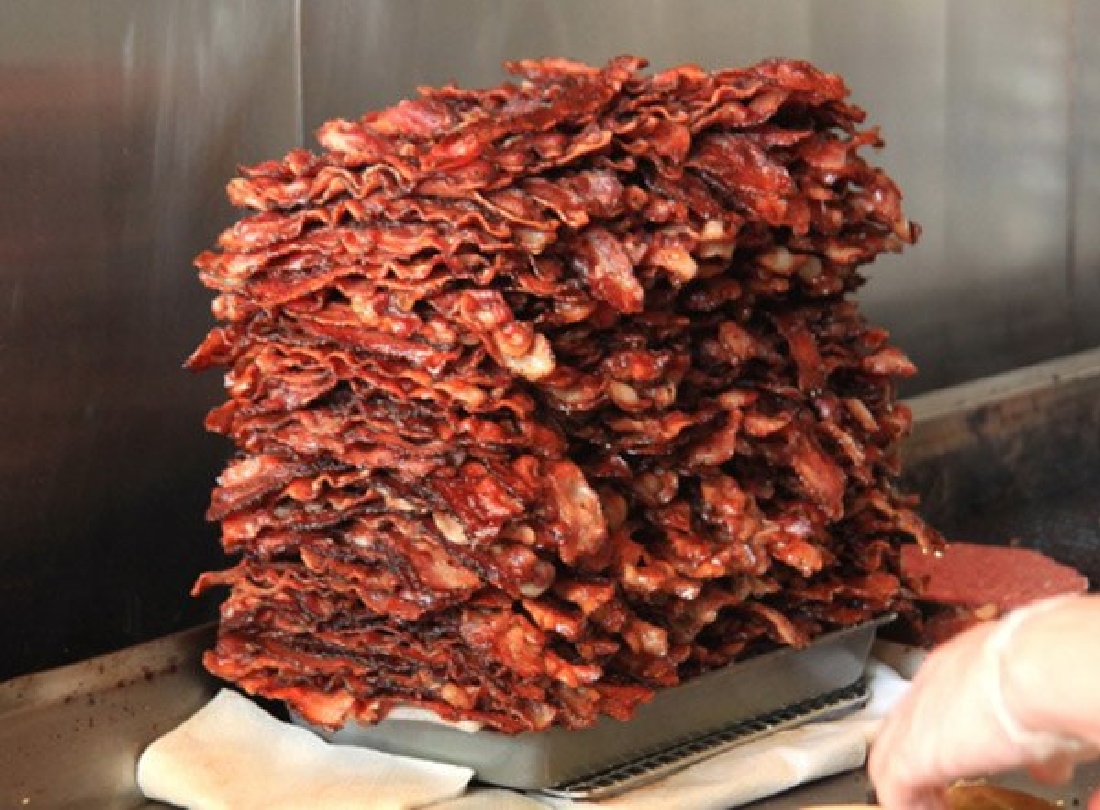 Before I get too far into this post, I’d like to make it clear that I really like bacon. It’s delicious, fatty, versatile, and can add a ton of flavor to a lot of dishes.

I logged on to MSN today and there is a video called “Can you ever have enough bacon?” The story featured a bacon cheeseburger on glazed donuts and a 70-pound tower of bacon. I go to restaurants and there’s bacon in the salad, bacon in the dessert, bacon wrapped bacon, and more. I go to the store and there’s bacon butter, bacon vodka, bacon flavored gum, beer, ice cream, popcorn, air freshener, and pretty much everything else. There are entire restaurants and food trucks that are shrines to bacon. There’s Kevin Bacon.

It has become a crutch for lazy chefs, and a fad for mustachioed, skinny-jean-wearing hipsters. Speaking as someone who enjoys a bit of swine, I don’t want it to be a fad, because fads go away. Remember lamb lollipops, burgers with no buns, and fondue? You won’t find them at restaurants anymore because dumbass hipsters ran those trends into the ground. And those same dumbasses have embraced bacon as their new religion.

All over the internet and Facebook there are a thousand memes about bacon: “Everything tastes better with bacon,” gay bacon (which isn’t even bacon), “you had me at bacon,” “either you like bacon or you’re wrong”.

I want to live in a world where chefs remember how to use other ingredients. Where I can order spinach and don’t have to ask if there’s bacon in it. Where I can go out for  brunch and feel secure that if it’s one of those rare occasions I don’t feel like eating bacon, I still have my choice of something other than waffles. I want to return to the days when talented chefs didn’t try to shoehorn bacon into every dish. I don’t want to know what creative things can be done with bacon. We’ve done about all we can do with that cured meat. It’s time to move on.

But mostly, I want hipsters to be sad.