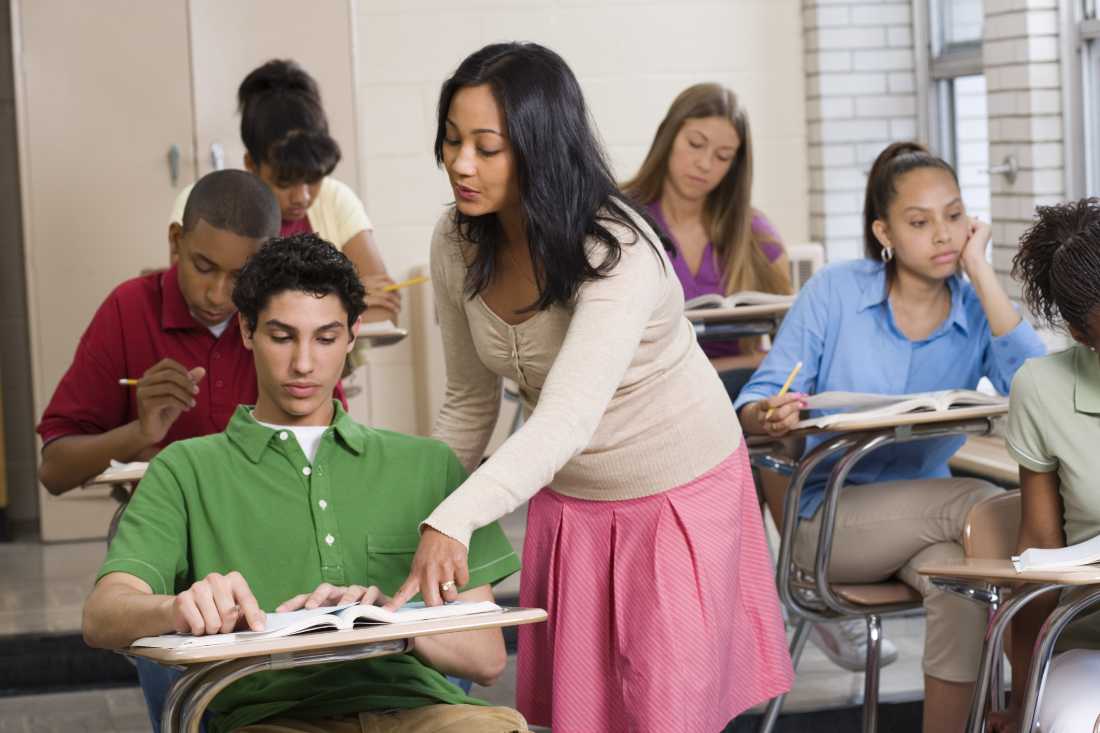 The toilet sat for years behind a thin privacy screen at the back of a special education classroom at Arlington Heights High School. It’s finally gone, but faculty members say it still symbolizes the serious problems they see in the school’s special education department.

Faculty members at Heights used words like “humiliating,” disgusting,” and “unsanitary” to describe the conditions that prevailed in the classroom for years, until a teachers’ group appealed directly to Superintendent Walter Dansby, who finally ordered the toilet removed a few months ago.

But staffers say the toilet’s removal didn’t change the attitude of Heights’ administrators toward the special education program and students. The five educators  — all of whom asked not to be named, for fear of retribution — described administrators as being incommunicative, apathetic, and, in some cases, vindictive.

The staffers said that administrators, for instance, routinely allow general education teachers, in whose classes the developmentally delayed students are sometimes placed, to flunk those students instead of modifying their lesson plans as required by federal regulation.

It wasn’t that long ago, one faculty member said, that Heights’ special education program was known as one of the better ones in the Fort Worth school district.

“I’m ashamed of being a part of what once was a very strong and respected [special education program],” the faculty member said. “Now we’re turning into one of the worst.”

One faculty member who has been at the school for several years said that the decline started when administrators began to focus on test scores and not on the well-being of students. Now special education students are routinely expected to meet the same standards as other students.

“At some point you’ve got to value the kid more than the test,” the faculty member said. “We fail kids who are barely able to add and subtract for not being able to do algebra.”

It was the toilet, however, that most infuriated the staffers. For years, the self-contained, unventilated portable toilet sat at the back of one classroom, only a few feet from students who were studying and eating. For reasons of privacy and their need for special help, some of the developmentally delayed students couldn’t be taken to a bathroom with other students.

“It was practically a bucket in the middle of the room,” said one faculty member.

“The smell would just knock you over,” said another outraged faculty member. “It smelled horrible all down the hallway, and students would have to plug their noses as they walked by.”

Erinn Hall, a spokesperson for The ARC of Greater Tarrant County, a nonprofit group that advocates on behalf of people with disabilities, said that requiring students to use such a facility constitutes neglect that is tantamount to discrimination.

“The bottom line is, that wouldn’t fly in a typical classroom,” she said. “Unfortunately people with disabilities are invisible at every stage of life. It’s tragic, but it doesn’t surprise me.”

Heights Principal Jason Oliver referred questions to Clint Bond, a spokesperson for the district. Bond declined to provide information about the toilet on the grounds that doing so would violate the federal educational privacy statute. He did say that no Heights staff member was punished or reprimanded for allowing the situation to continue as long as it had.

The classroom in question is normally used by six to 10 of the most severely disabled students, including some who are wheelchair-bound. Faculty members described it as isolated from other classrooms.

Sources at Heights said the toilet was removed only after a faculty member took the problem to the United Educators Association, whose officials in turn went straight to the superintendent’s office.

“When Dansby came up there, he threw a fit when he saw it and demanded that it change immediately,” one faculty member said.

Chelsea Baldwin, a regional manager for the United Educators Association who acted as a liaison to district and Heights officials on the matter, said the teachers’ union didn’t demand the change but simply conveyed the position of the Heights staffer who’d come to them.

After Dansby ordered the portable commode removed from the classroom, Heights administrators closed off one regular bathroom at the school to all but the special education students. While that’s a major improvement, faculty members said it still doesn’t meet the needs of those students — and doesn’t smell much better.

“You need an exhaust fan, a changing station, somewhere to dispose of diapers,” a faculty member said.

At other Fort Worth schools with special education programs, appropriate facilities have been provided, one district employee said.

Heights staffers said that they are frustrated that the school has spent millions of dollars improving other areas of the school but can’t find any money for bathroom facilities for the developmentally delayed students.

Faculty members also said that Heights administrators routinely break the law by not showing up at mandatory assessment meetings for the special education students.

Schools are required to hold what is called an ARD (admission, review, dismissal) meeting at least once a year for each special education student, to develop a plan for how to best educate that student and then to check on progress. At least one administrator is required by law to be at the meeting, along with a parent and other faculty members.

“It’s protection for the students, parents, and teachers,” one faculty member said.

Several Heights staffers told Fort Worth Weekly that it is commonplace for vice principals to show up after meetings and sign their names on the reports.

Administrators’ failure to take part in those meetings leads to other problems, the faculty members said. School officials may not realize, for instance, that some special education students are supposed to be given more time to complete tests.

As a result, the faculty members said, administrators fail to enforce the extra-time rule, general education teachers are not made to follow the students’ ARD plans, and some developmentally disabled students end up being held to unrealistic standards.

“To fail a student for having a learning disability, when you haven’t made a modification to [that student’s] work, is wrong,” a faculty member said. “We’re closing our eyes to the fact that we’re punishing students for having mental health problems.”

All of the faculty members interviewed for this story said they are scared to discuss problems with administrators, either at the school or district level.

Fear of retribution is commonplace at Heights and elsewhere in the district. Teachers point to the case of Joe Palazzolo, who blew the whistle on attendance fraud at Arlington Heights and has been in court seemingly ever since.

One faculty member suggested that the decline of the special education department at Heights is a direct result of a school administration that would rather keep problems quiet than fix them.

“Nobody is in charge, and nobody is really directing our special ed program,” the faculty member said. “We are not doing right by these kids.”