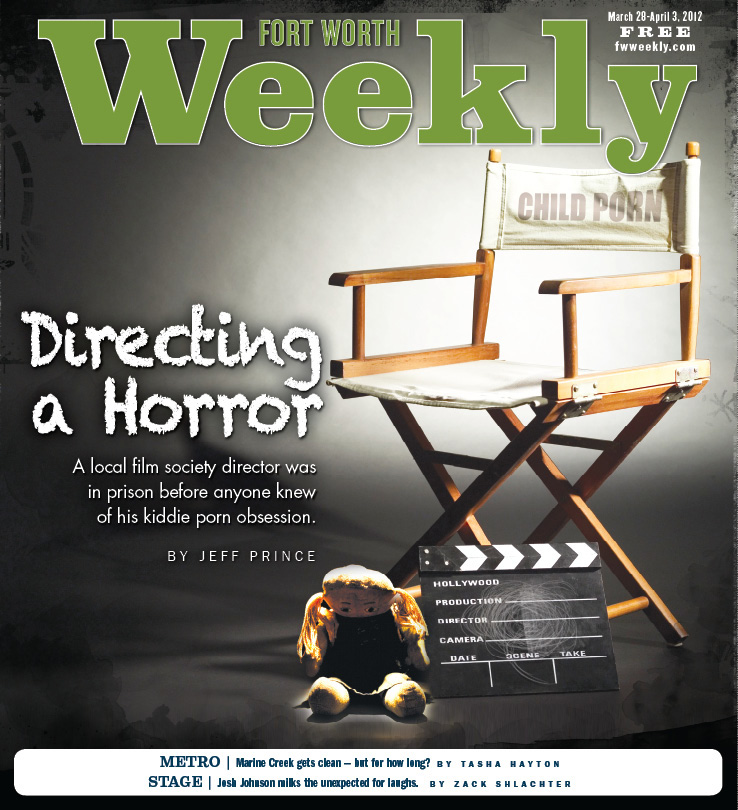 When last we left John Storm, he was cooling his heels in state prison after being convicted of possessing child pornography and directing the sexual performance of a child under 14. He was sentenced to 10 years in July 2011.

And now Storm’s a free man.

The former managing director of the Lone Star Film Society was released from prison this week. The Texas Board of Pardons and Parole voted to release him early, and Storm was set free on March 13. He’ll remain on mandatory supervision until June 28.

How’d that happen, you ask?

In 2009, Storm was caught Skyping with a man in Florida and directing what the man should do with his own 6-year-old daughter (“Directing a Horror,” Mar. 28, 2012). The Tarrant County prosecutor and the judge involved in the case both said they’d never seen a similar case involving adults in different states using webcams and video chat rooms. Storm admitted his involvement in child pornography and said he was ashamed and wanted help.

The “directing a sexual performance” charge is a first-degree felony punishable by up to 99 years in prison. But District Judge George Gallagher took it easy on Storm and gave him “shock probation,” which involves sentencing criminals to prison stints and then bringing them back to court after a few months (if they’ve behaved well in custody) and reducing their sentences. The hope is that prisoners without a criminal history will have been scared straight by the realities of incarceration.

Gallagher gave Storm a second chance in part because of Storm’s impressive background. The University of North Texas graduate was a military intelligence officer who worked for two presidents as a member of the Third U.S. Infantry’s “Old Guard.” He was deployed to Iraq in 2005 and volunteered for a second deployment.

Fort Worth Weekly asked to interview Storm while he was incarcerated, but he declined. Prison officials described him as a hardworking, model prisoner who did as he was told and didn’t misbehave during his time behind bars. Let’s hope he shows similar restraint outside the prison yard.