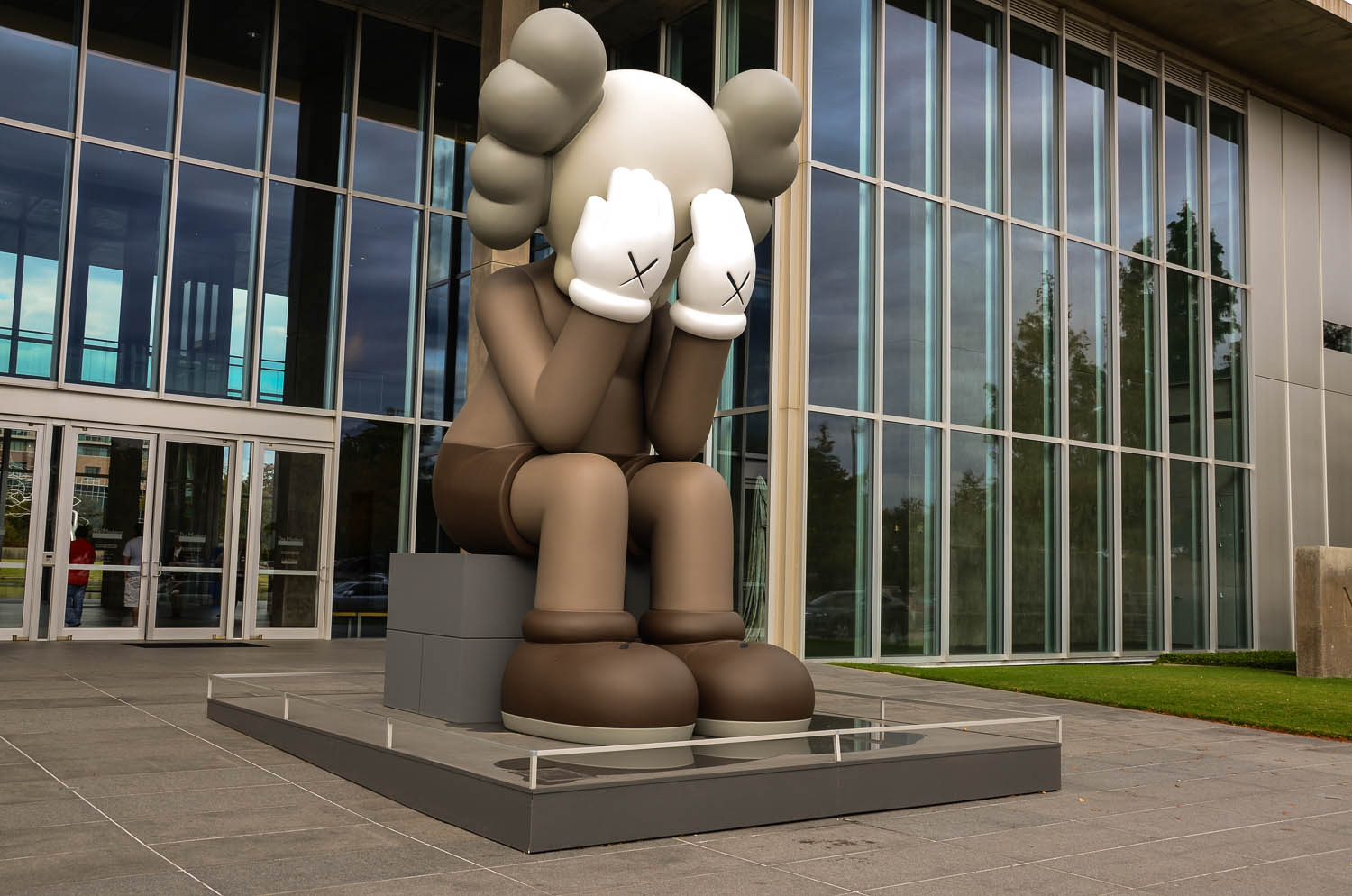 This Sunday (March 31) is the last day you’ll be able to catch the outdoor sculpture called Companion (Passing Through) sitting at the front doors of the Modern Art Museum of Fort Worth. Then the New York artist known as KAWS (birth name: Brian Donnelly) will pack up the installation to parts unknown.

Companion must be effective art, because I have a rather complicated relationship with it. On the one hand, the sheer size of the cartoon character-ish sculpture makes me feel dwarfed but not threatened, which is an oddly comforting sensation. (Maybe my hopes of a benevolent God have been realized in this piece?). And since Companion appears to be crying or at least ashamed and alone, I want to reassure him or her. Feeling needed is a nice thing.

But as I am usually headed into the Modern for other business, the sculpture is also annoying because it silently demands action from me that I don’t have time to give. The aforementioned bigness of the piece makes something as simple as a hug or a consoling pat on the back impractical if not impossible. And so I have to actively ignore Companion on my way into the building, feeling a little guilty for doing so.

Finally, those Mickey Mouse-style gloves remind me how much I disliked Disney animation as a kid, so I want Companion to be a little hipper and more sophisticated. Or at least less overtly Disney-esque. Oh, well. Farewell, Companion. You were real and you provoked a variety of reactions in me, which is what art is supposed to do.