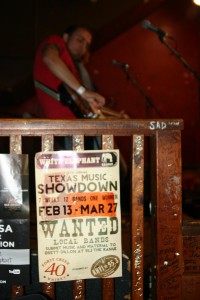 The packed house was pretty much evenly split among loyalties.

A coin toss put Green Light Pistol on stage first, and their 30-minute set reminded everyone what the buzz has been about these past few weeks.

Four sisters, a brother, and a boyfriend playing homegrown music with playful harmonies, interesting melodies, unpredictable song directions, and a charismatic stage presence is a tough act to beat.

Their sound is like…hmmm…imagine if Mumford & Sons, Telegraph Canyon, and Sarah Jaffee had a drunken tryst and sent the resulting love child to be raised by a sweet grandmother in the sticks of Burleson. 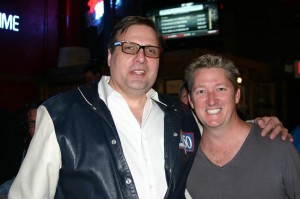 “Who writes your songs?” Nelson said.

“We all do, usually around the kitchen table,” fiddler Brook Wallace said.

Brook is the shining star of the band instrumentally. Her fiddle runs and fills, combined with the group’s vocal harmonies,  give the band much of its soaring sound.

Other band members — Sally, Caleb, Bethany, and Madalyn Wallace along with Chad Fincher — are good but not great musicians. They don’t need to be. Their unique music requires more heart and soul than instrumental mastery.

I sensed the Tyler Rogers Band saw the writing on the wall by the time they climbed on stage.

Rogers put on a solid show, as he’s done throughout the contest.

But he might as well have hung a bulls-eye on his head — Pistol was packing heat. 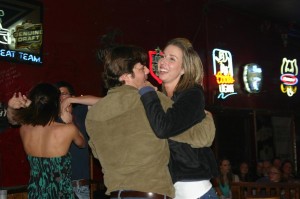 Back in the jungle room, the judges discussed things, but not much. They deemed Pistol fresh, unique, and loaded with potential.

They liked Rogers but considered his sound more generic and didn’t like that his guitar dropped out of tune during a couple of songs.

“The women will want to sleep with him,” one judge said. 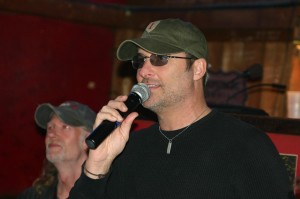