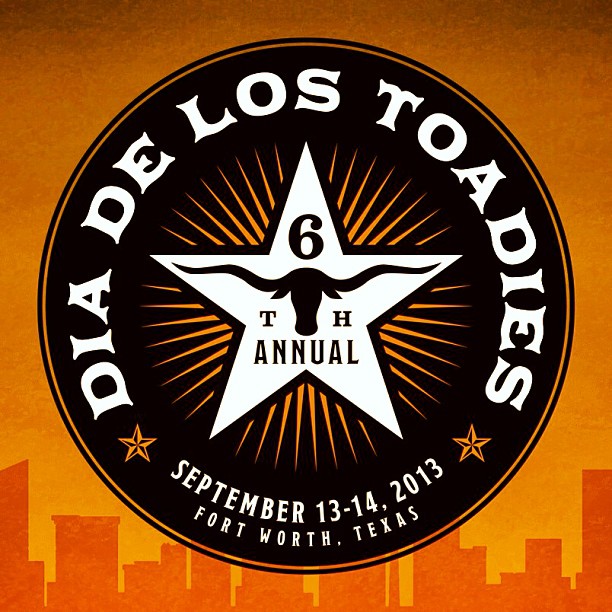 For the 6th Annual Dia De Los Toadies –– Friday, Sept. 13-Saturday, Sept. 14 at Panther Island Pavilion near downtown Fort Worth –– frontman Vaden Todd Lewis and company have begun building a lineup in which musical progressiveness isn’t sacrificed for homegrown flavor. Along with The Toadies, Gary Clark Jr., The Dirty River Boys, and a (presumably local) School of Rock “Dean’s List,” two of the most groundbreaking bands in the Fort –– the neo-New Waving Burning Hotels and the broodingly psychedelic Cush –– will also perform. And Dallas and Denton are also represented. Folksters The O’s, veteran proto-punks Baboon, and electro-trad-bluesmen Oil Boom are also scheduled to play. Five more bands to be determined are on the way.

There’s a little bit for everyone, but every band is solid and underground-y. You can call me a homer (I am), but the addition of the Hotels is key: They draw well –– especially here in their hometown –– and they lend a bit of needed sexy cosmopolitan flair to a relatively earthy, macho event.

Most of the action will take place on that Saturday. On that Friday, The Toadies, James Hall (Pleasure Club), and Centro-matic’s Will Johnson will perform acoustically.

This is the first time The Toadies are holding their event in their hometown. (Previous locations include Possum Kingdom Lake and New Braunfels.) The lineup as it stands is more than kickass enough to get you ordering tickets now (via Prekindle), but imagine if one of the next five bands is Quaker City Night Hawks? Or Fungi Girls? Or The Hanna Barbarians? Or The Longshots? Or Siberian Traps? (You’re welcome, Toadies, for the suggestions.)

For more information on the festival, including where to stay overnight, out-of-town friends, visit Diadelostoadies.com.