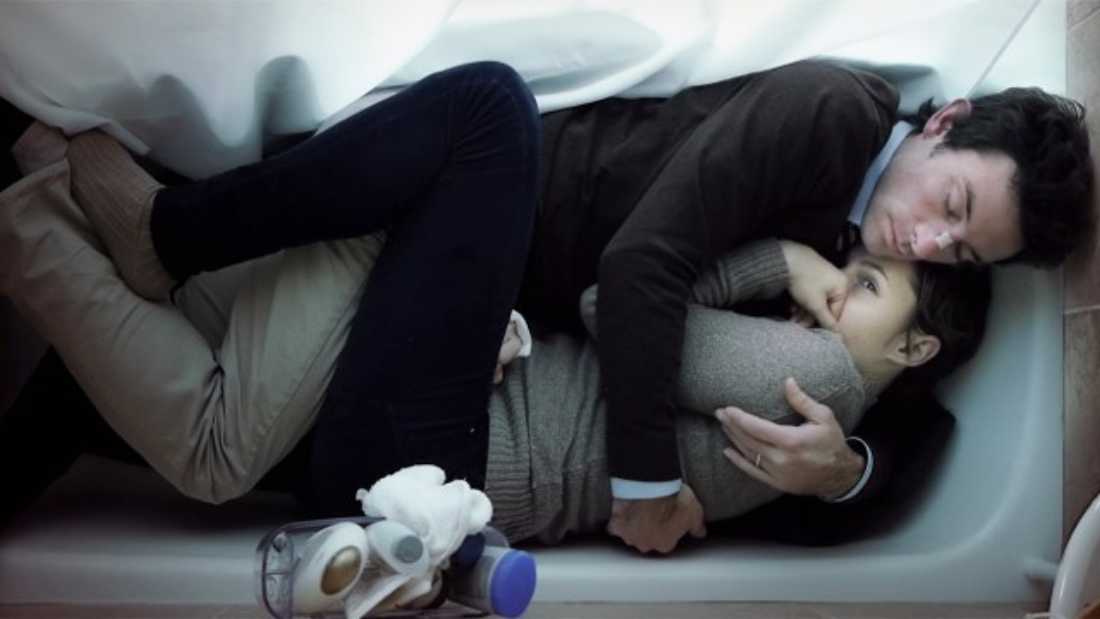 Critics have called Shane Carruth’s Dallas-filmed sophomore feature Upstream Color a lot of things: obscure, elliptical, cryptic. It’s true that Carruth, the North Texas-raised auteur who made a film festival splash with his 2004 time-travel flick Primer, abandons viewers to their own puzzled reactions with his second film. But anyone who hunts for tidy meanings and easy symbolism in the movie is probably missing the point. Upstream Color, which comes out on DVD this week, is impressive not for its narrative or thematic complexity but for its visceral potency and intuitive use of images and situations to get under our skin. Carruth works close to the subconscious but maintains just enough surface logic in the movie to rescue it from floundering in cheap surrealism.

The movie has been called “science fiction” mostly because that’s the least inaccurate label people can find for it. The movie is sci-fi in the manner of Andrei Tarkovsky’s dense philosophical adventure Stalker –– it drops tantalizing hints of a fantastical reality percolating just beneath the surface of the mundane world. Summarizing the movie is difficult because it’s not always clear exactly what’s going on, but here goes: Kris (Amy Seimetz) is a young white-collar professional drugged and hypnotized by The Thief (Thiago Martins), a criminal who’s discovered a substance in grub worms that zaps people into a trance-like state in which they’ll do whatever they’re told. Before he steals her money, he puts her through a series of exercises that includes recopying the text of Thoreau’s Walden with pen and paper. After she recovers, a shaken Kris meets Jeff (Carruth) by chance on a train. They immediately recognize each other as kindred troubled spirits. He’s gone through a similar personal and financial upheaval, perhaps due to The Thief, and they begin an anxious courtship in which their memories and identities seem to merge.

Meanwhile, standing on the edge of it all is The Sampler (Andrew Sensenig), a pig farmer who records ambient sounds from nature and attempts to transform them into music. Like The Thief, he appears to have special knowledge of links between animals, plants, insects, and the powerful biological force that has left Kris and Jeff –– and, it turns out, others who’ve been victimized by The Thief –– in a kind of perpetual existential instability.

So what is this film about? The fragility of identity, for one thing. For another, it explores the decisive but ultimately unknowable influence of biology on the way we perceive ourselves and others. But above all, Carruth wants to create an insular, paranoid cinematic universe where the viewer is kept as disoriented and uncertain as many of the characters, and at this he succeeds grandly. Despite its frequent impenetrability, the film moves along at a brisk pace, thanks largely to the intelligent, artful editing of Carruth and fellow North Texas filmmaker David Lowery. Viewers are free to search for a concrete meaning in the arbitrary yet connected moments presented onscreen, but if you ask me, that’s a fool’s errand. Rather than a puzzle to be solved in the manner of Carruth’s first film, Upstream Color celebrates inscrutability as the first principle of the natural world. Life is a conspiracy of mysterious events designed to confound and thwart our ego-driven minds, Carruth seems to be saying –– just like his disarming, affecting little movie.