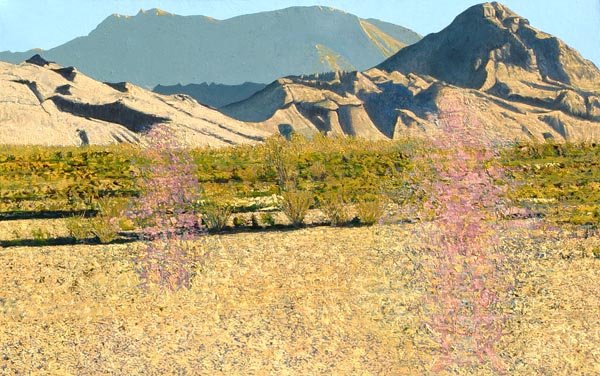 Woodson, a Waco native who’s been painting for more than 50 years, specializes in high desert landscapes, but before you scramble for the NoDoz, realize that there’s more to that terrain than just sand and mountains. And Woodson catches it all, delivering sumptuously colorful canvases of slightly Impressionistic photorealism.

TCA has been selecting state visual artists since 1971, and Woodson is the sixth artist from Tarrant County and the first from Fort Worth to earn the distinction.

State artists are chosen by committee members appointed by the governor, lieutenant governor, and speaker of the House of Representatives and serve one-year terms. The designation doesn’t come with a monetary award but is a “unique marketing opportunity,” TAC says.