Remember 2012, when USA’s men’s soccer team lost its opening match in the final round of World Cup qualifying and reports were circulating that coach Jürgen Klinsmann had lost his players? That seems like so long ago now. After getting rogered by a very good Belgium team a few weeks ago, Team USA turned things around with a stunning friendly victory over Germany (their second-string team, but still…) and then proceeded to win all three of its qualifying matches in the past 11 days. USA now leads the standings and has most of its most difficult games over with. Realistically, it’s going to take a considerable collapse for USA to fail to make next year’s World Cup tournament in Brazil.

(Side note: Brazil is currently hosting the Confederations Cup as a warmup for the World Cup. Our guys failed to qualify for this tournament by virtue of losing the 2011 Gold Cup to Mexico. Given the street protests going on in Brazil, Mexico’s troubles fitting the tournament into their schedule, and USA’s sparkling run of results, missing the Confed Cup sure looks like a blessing in disguise right now.)

With the next qualifying matches set for September, now’s a good time to reassess the pecking order for USA’s players when it comes to making next year’s World Cup squad. The number in parentheses after each player’s name reflects what his position was the last time I made this list in March, so you can see whose stock is rising or falling. Keep in mind, this list isn’t intended to reflect who the best players are, but rather who looks like the best bet to be named to the squad by the current management.

1. Michael Bradley (1)
Watching him makes me want to compare him to the world’s best central midfielders. He doesn’t have Xavi or Andrea Pirlo’s ability to consistently deliver the killer pass, nor does he have the instinct for goal that Frank Lampard and Steven Gerrard had in their best days. What he does have is the ability to steady the team in the middle of the field, always passing the ball to a teammate who’s free. (I can’t remember the last time he gave away the ball in a dangerous area.) In that regard, he’s like Luka Modrić, only with more physical presence. It’s good to have him on our side.

2. Jozy Altidore (3)
A goal in each of USA’s last four matches, and 31 goals this past season in the Dutch league. The big striker is finally developing into the goal threat USA’s fans hoped he would be, and when the goals are flowing for him, everything else becomes so much easier for USA.

3. Clint Dempsey (2)
Didn’t score in any of the qualifying matches, but he still made his presence felt in all of them, and he found the back of the net against the Germans. Playing behind Altidore instead of on the wing keeps opposing defenses honest instead of homing in on Jozy.

4. Tim Howard (5)
There have been rumblings that Brad Guzan should be the man in goal for USA, but the Everton keeper played well enough to quiet those down, allowing only one goal in the three qualifying games and making some good saves on those rare occasions when he was called on. With USA remaking its defense, you can understand why Klinsmann might want to stay with an established goalkeeper.

5. Jermaine Jones (12)
The Schalke 04 player has played like a man determined to make up for missing World Cup 2010 with injuries, and looks like a natural midfield partner for Bradley. But seriously, stop it with the yellow cards, Jermaine. You’re no good to the team if you’re suspended.

6. Matt Besler (7)
The Sporting Kansas City central defender has come from nowhere, playing with a composure well beyond his lack of experience at the international level and forming a good understanding with Omar Gonzalez.

7. Omar Gonzalez (6)
He was a rock against Mexico last March, but this summer he showed a worrying tendency to make one bad error in every game (see: his pass straight to Roger Espinoza in the Honduras game), and he has Howard to thank that more of them didn’t turn into goals for the opposition. Will have to work on that.

8. Graham Zusi (N/A)
The hairband-sporting winger may not have Landon Donovan’s speed and dynamism, but his service from the wings was good enough to allow Dempsey to move into a more central position, where he’s more dangerous. More on him further down.

9. Geoff Cameron (8)
Central midfield, right back, central defender. It might not be the best thing for the player’s development to have so many different positions, but every national team needs a Swiss Army knife, and Cameron fits the bill. Looks like a decent replacement for Jones in the middle of the field, an important consideration given Jones’ tendency to collect yellow cards.

10. Fabian Johnson (27)
Speaking of versatility, the Hoffenheim player looked good on the left wing but also filled in capably at left back in the Honduras game. Assisted on two of Altidore’s goals in the last two games.

11. DaMarcus Beasley (14)
His transformation into a left back continues apace. This probably isn’t where he expected to be 10 years ago, when he looked like a superstar in the making, but he’s probably grateful to still be in the picture for 2014.

12. Landon Donovan (4)
Well now, this is interesting. With the emergence of both Zusi and Johnson in these last few games, LanDo might just have to win back his spot in the starting lineup. If he could play well enough to do that, it would present Klinsmann with a lot of options. His experience in previous World Cups will probably stand for much, but he has some work to do.

13. Brad Evans (N/A)
Scored the game-winner against Jamaica, looked shaky against Panama, steadied himself against Honduras. Not bad for a midfielder playing out of position. He even stood well against Lukas Podolski during the Germany game. Do we have a new right back?

14. Brad Guzan (9)
At the very least, he’ll give USA security if anything happens to Howard.

15. Eddie Johnson (N/A)
I really should have had him on that previous soccer ladder, but I forgot about him. The game against Panama alone would have been enough to remind me, as he got to score a goal for USA in front of his hometown fans in Seattle. He did less well in the other games, but his ability to play either on the wing or as a center forward who can spell Altidore makes him an intriguing part.

16. Brad Davis (N/A)
Klinsmann seems to see him as an option off the bench, but he did well in limited action against Honduras, and in the second half against Germany.

17. Timmy Chandler (10)
Uh-oh, other right backs are emerging, and left backs, too. A badly timed injury put the Nürnberg fullback out of these qualifiers, just as another injury did in March. Will he ever get a chance to show his stuff in meaningful games for USA?

18. Herculez Gomez (11)
Like Chandler, he saw no action in this slate of matches. He got hurt in training camp. The battle between him and Johnson over the spare wing-forward spot bears watching.

19. Maurice Edu (15)
One more injury casualty, forced to sit out these past games due to a sports hernia. USA is stacked with central midfielders of his caliber.

20. Clarence Goodson (13)
Did himself no good in that loss to Belgium. Between Gonzalez and Besler, he may have to aim for being the third-choice center back.

21. Stuart Holden (33)
Still working his way back from injury, but could give Klinsmann more options on the wing if he’s at full health. We’ll see more of him during the Gold Cup this summer.

23. Jon Busch (N/A)
Because we need a third keeper, and the San Jose guy is having a good start to the season.

24. Kyle Beckerman (21)
The Real Salt Lake midfielder got called to the squad as an injury replacement for the Honduras game, but didn’t see the field. Too bad; it would have been nice to have him play for USA in front of his own fans in Utah.

25. Brek Shea (16)
At Stoke City, the winger took part in a horrendous prank involving a severed pig’s head that resulted in one teammate throwing a brick through another teammate’s windshield. That had nothing to do with him missing the recent slate of games (a calf injury is to blame for that), but it probably didn’t raise his stock.

27. Steve Cherundolo (23)
Can still play the “World Cup experience” card, but how much will that count with Evans and possibly Chandler playing at their levels?

28. Terrence Boyd (17)
Seems not quite there yet as a center forward on the international level.

29. Sacha Kljestan (22)
Klinsmann tried to go with him and Jermaine Jones against Belgium, since Kljestan plays in the Belgian league and knew most of the players. It didn’t work.

30. Edgar Castillo (35)
The Germans torched him when he came in off the bench. That Klinsmann moved Fabian Johnson to left back in the Honduras game instead of starting Castillo isn’t a good sign. 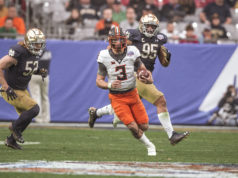 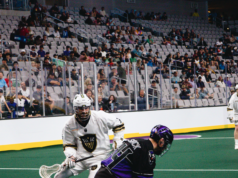