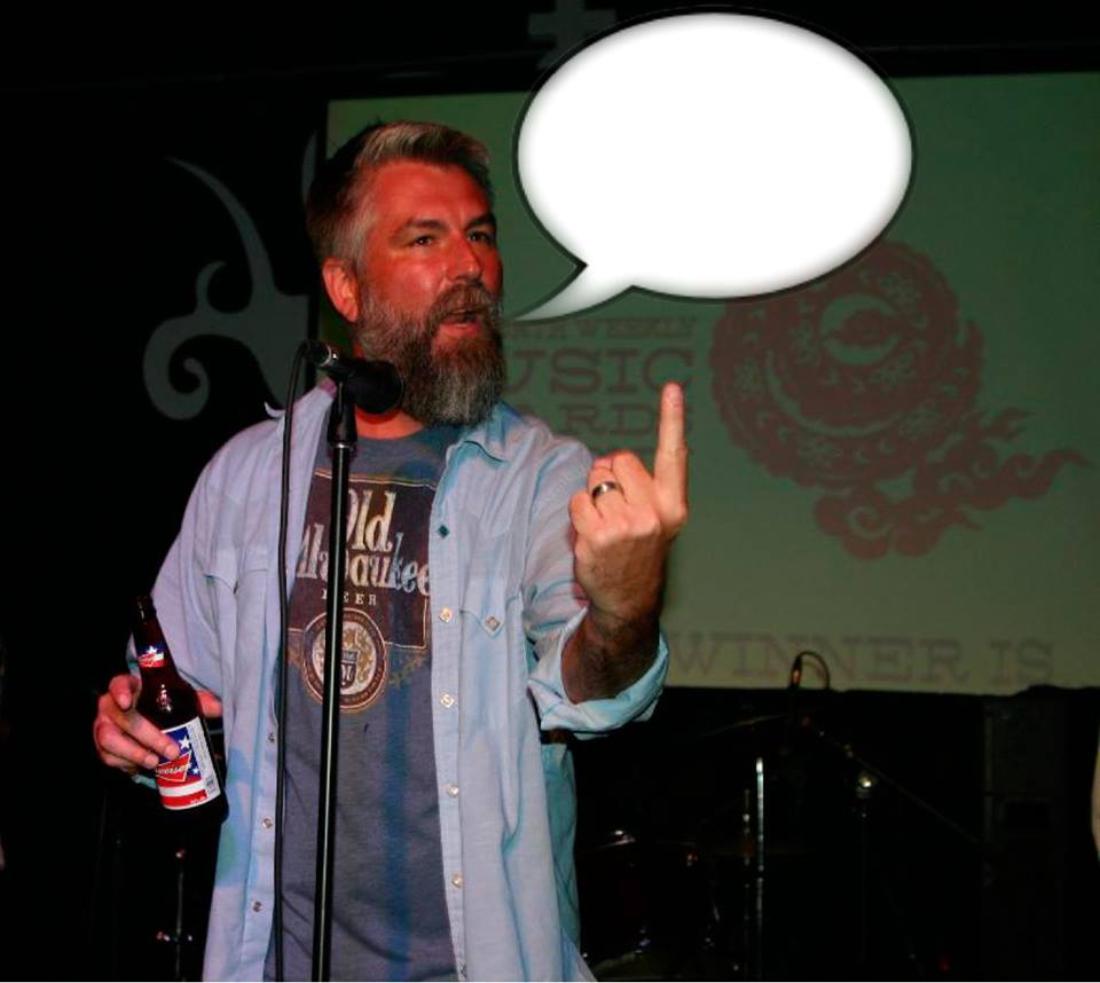 Facebooker Tom Gostkowski used a photo of Lola’s Saloon owner Brian Forella that appeared in my music awards blog, placed a bubble caption on it, and challenged folks to add the perfect dialogue.

Gostkowski suggests you print out the photo and write your suggested dialogue in pen and then bring it to Lola’s.

Or, if you’re technologically savvy, you can do it on the computer and post it on Forella’s FB page.

Or, if you want to win something really cool, please post your suggested caption in the comments section at the bottom of this page and the best caption will win a fantastic prize to be determined later.

I’ll dig up some concert tickets or some other swag around here. Whatever the prize is, it’s surely worth more than the little bit of mental effort you will have expended to come up with a funny caption. Won’t it? 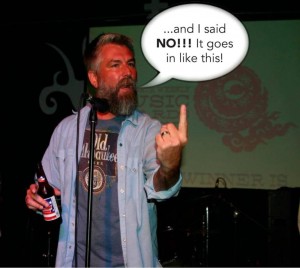