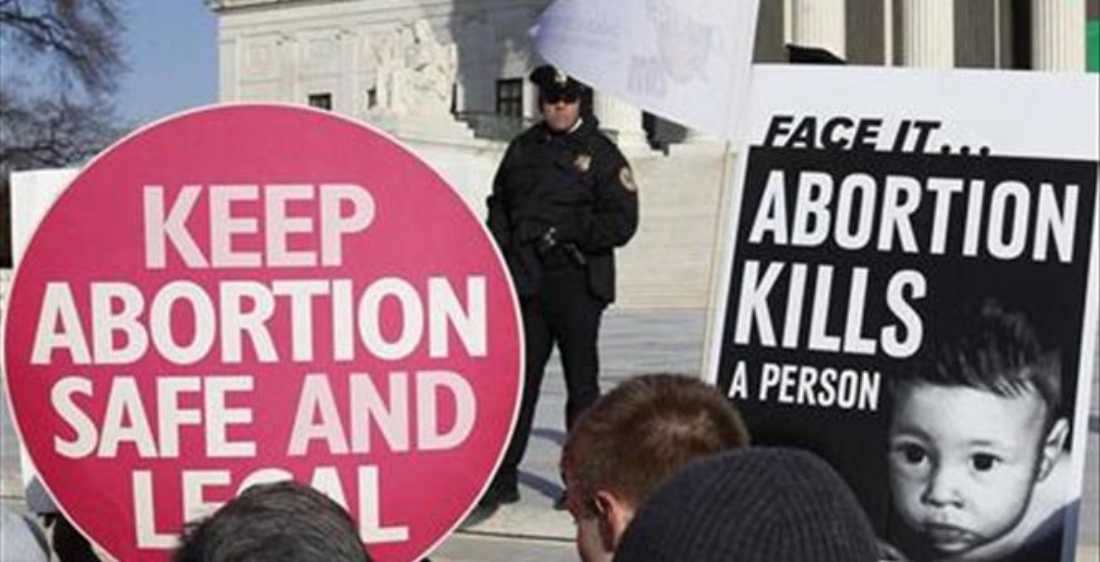 Last Friday, July 12, the Texas Capitol was awash with demonstrators, there for the showdown in the Texas Senate over the Republican-driven proposal to make abortions harder to obtain in Texas.

The Republicans, with a 19-12 Senate majority, were there for the victory denied them by State Sen. Wendy Davis’ now-famous filibuster and the tumultuous audience demonstration on June 25 that pushed the previous special session past its midnight deadline.

Most of the demonstrators wore orange, to show opposition to HB 2, passed 96-49 by the House two days earlier, with State Rep. Sarah Davis of Houston the lone Republican to vote no. Orange t-shirts bore white letters: “Stand With Texas Women.” The protesters ringed the capitol rotunda, loudly chanting, “Not the church! Not the state! Women must decide our fate!”

Numerous but fewer demonstrators were clad in blue, showing their support for the bill. Many of them stood silently, wearing red tape over their mouths or on their shirts, with “LIFE” written in black capital letters.

The other prominent color was tan — uniforms of Department of Public Safety troopers spread around the Senate gallery and throughout the capitol, keeping pathways open.

Sen. Kevin Eltife of Tyler, chair of the Senate Administration Committee, cautioned both sides that disruptions would get them thrown out and the Senate gallery closed.

While the orange outnumbered the blue in the capitol, the Republicans dominated the floor battle.

Voting along party lines, except for Democrat Eddie Lucio of Brownsville, the majority blocked 20 amendments by Democrats. Those included deleting provisions that would close dozens of abortion clinics, adding school sex education besides abstinence, removing all of the bill’s provisions except that prohibiting abortions after 20 weeks of pregnancy, and adding exceptions for pregnancies due to rape and incest.

The effort by Senate Democrats, as in the House, was to set the stage for court trials.

In the tense and often emotional debate, both sides were passionate and some were personal, about counseling or otherwise dealing with unplanned, unwanted, or dangerous pregnancies.

Supporters of HB 2 say banning abortions after 20 weeks of pregnancy is necessary because a fetus can then feel pain.

Opponents, including several doctors’ groups, said parts of the bill interfere with the doctor-patient relationships and the practice of medicine. Doctors’ groups objected to language requiring abortions to be performed at ambulatory surgical centers, requiring doctors who perform abortions to have admitting privileges within 30 miles of their clinics, and putting new restrictions on abortion-inducing drugs.

Those changes will close all but a few of the three dozen abortion clinics in Texas, leaving them only in major cities. That will not only rob women of choice, but also endanger their health by shutting down facilities like Planned Parenthood, which provide breast-cancer screening, pap smears, prenatal care, and other services.

Republicans argued the bill was needed to better protect women’s health, but Democrats accused them of being more interested in protecting their right flank against potential primary challengers.

Senate Democratic Caucus Chair Kirk Watson protested the decision by Lt. Gov. David Dewhurst and the Senate majority to sidestep the Senate tradition of requiring a two-thirds vote to bring up legislation. “It’s a power grab” that the rules were designed to prevent, the Austin senator said. The purpose of the two-thirds rule is to encourage finding common ground in writing laws.

Instead of helping women, the new law will drive them back into dark corners to get abortions, Watson said.

Republicans didn’t buy it. Barely into Saturday morning, the Senate passed the bill and sent it to the governor.

In a press release at 12:03 a.m. Saturday, Dewhurst, who already has three strong anti-abortion Republican challengers to his re-election next year, said the Senate’s majority represented the high ground.

“With a 19-11 roll-call vote, senators simultaneously enhanced the quality of care for Texas women who choose to terminate a pregnancy and improved the chance at life for pre-born Texans,” he proclaimed.

Shortly before that vote, Davis said the battle isn’t over. “The fight for the future of Texas is just beginning,” the Fort Worth Democrat said.

Shortly after noon Saturday, Sylvia Garcia of Houston, a Democrat who is the Senate’s newest member, echoed that to an interviewer on MSNBC.

“The next step is the courthouse,” she said.