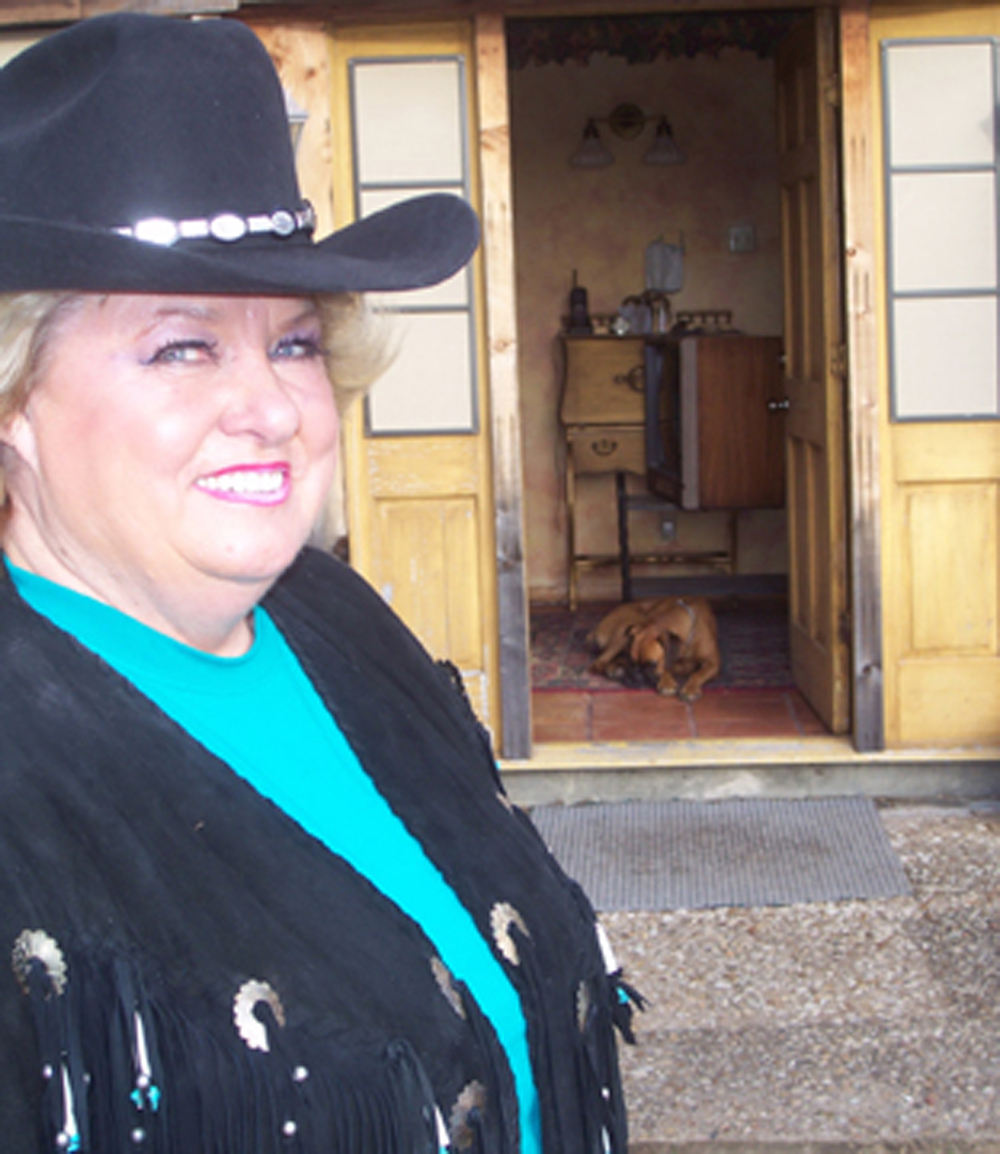 The life of Lynda Farr Arnold — “Texas Lil” — plays like a Western soap opera set in Fort Worth. Fort Worth Weekly profiled her (“Still Wranglin’,” Jan. 19, 2005) after Texas Lil’s Dude Ranch went up in flames in 2004, causing several million dollars in damages. Police accused Arnold and ranch foreman Bill Howard of arson. Images of Arnold being handcuffed and led to a police car were splashed across TV news shows.

Problem was, Northlake police couldn’t prove their case. Arnold denied involvement and insisted Howard was innocent as well — he’d merely grabbed a shotgun on the night of the fire and scoured the ranch looking for the unknown arsonist. But Howard had a larceny conviction from his youth and was prohibited from possessing a firearm. After police found him with the shotgun, he was sent to prison. “They never proved anything about the fire,” Arnold told Static a few years ago. “It was easier to nail him for that ‘felon in possession’[charge], and all he used that gun for was to shoot snakes around the pond.”

Howard was freed in 2009 and went towork as a truck driver. Last year he happened upon a car accident in Burleson, stopped to help the victim, and was struck and killed by a passing vehicle.

Arnold had already seen her share of death. In 1976 her brother, Stan Farr, died in the infamous murders at the Cullen Davis mansion, which rocked Fort Worth, created national headlines, and prompted books and a TV movie. Farr was dating Davis’ estranged wife Priscilla at the time. Davis stood trial for the murder of his stepdaughter, Andrea Wilborn, and Farr, but he was acquitted in 1977.

Arnold owned a party supply business in the 1970s and used her earnings to purchase the ranch, not far from what eventually would become Texas Motor Speedway. Texas Lil’s Dude Ranch hosted city slickers, tourists, and a corporate clientele; it became a moneymaker. She borrowed funds, built a huge music hall, and booked artists such as Willie Nelson. After everything burned, Arnold found herself jobless, bankrupt, and lugging around a stained reputation.

Back then, her friend A.C. Cook (the lateowner of The Bull Ring soda shop and art gallery in the Stockyards) worried that Arnold might kill herself. “She’s lost everything, and somebody who falls that far at that stage in their life won’t get it back,” he once said.

Arnold was down, no doubt. “I can’t believe the crap my life has turned into,” she told the Weekly years ago.

But she laughed this week when told what Cook had said. “I’m not the suicidal type,” she said. Cook, pretty feisty himself,died of cancer in 2010, but Arnold, now 75, is still kickin,’ stilloutspoken, and set to promote her new autobiography, Trails, Trials, and Tears:  The Life and Legacy of Texas Lil, available online at Xlibris.com, Amazon, and Barnes & Noble.

Her first book signing is at 2 p.m. Aug. 3 at 3Stacks Smoke and Tap House in Frisco (coinciding with the anniversary of her brother Stan’s death at the Davis mansion). For Arnold, clearly, tragedy is not something to be forgotten; it’s just another obstacle to climb over.