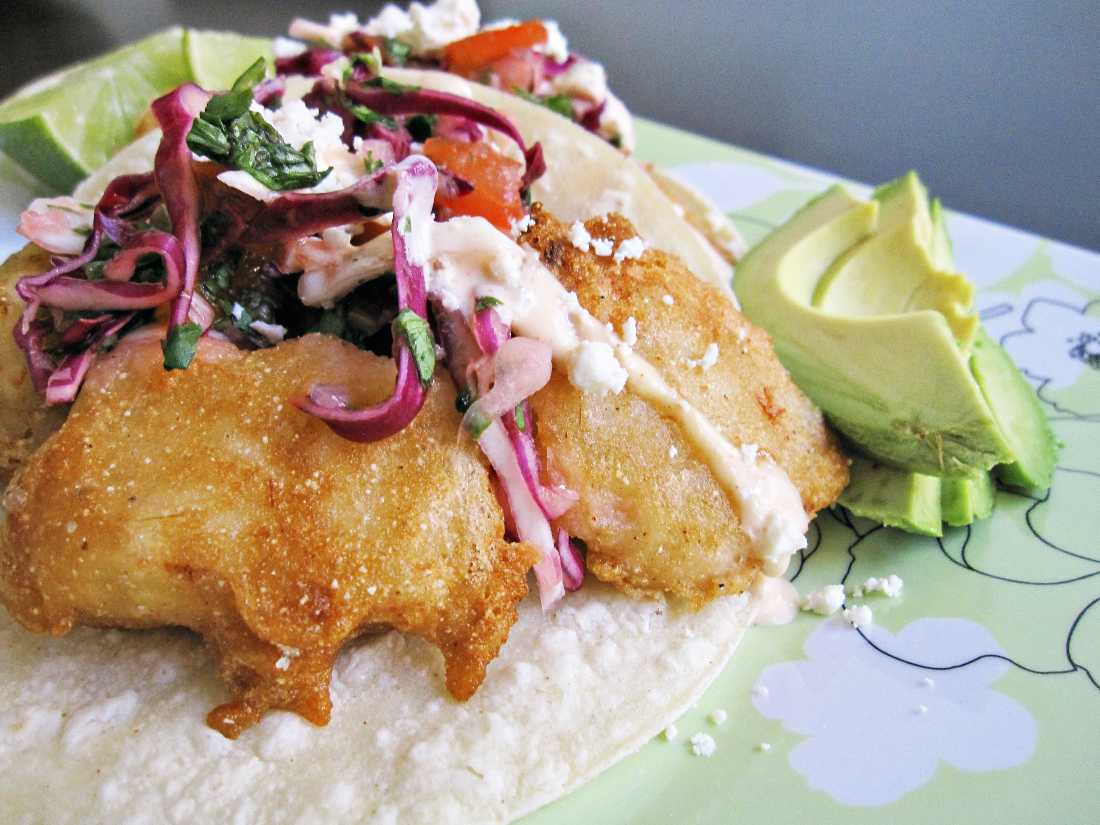 I thought I was having an acid flashback when I wandered into 3 Parrots Taco Shop (8737 Benbrook Blvd.) in Benbrook, one of two 3 Parrots in North Texas and one of three overall. (A Granbury location recently closed.) The place looks like someone threw up a box of crayons. I mean, the colors, man. Groovy.

There were vibrant cartoons of parrots and tiki masks all over the walls and tables. Imagine if someone dropped acid and painted a Fuzzy’s Taco Shop to look like a Jimmy Buffett song, and you’ve captured the essence.

Speaking of Fuzzy’s, 3 Parrots got in a little trouble when it opened in 2010. Apparently, the guy who started the place, Randy Broyles, used to work for Fuzzy’s, and his former employers sued him for opening a restaurant that looks almost exactly like their joint.

That lawsuit hasn’t persuaded him to change anything, because his restaurant is still a lot like Fuzzy’s. I mean, a lot. (Well, except for the DayGlo color scheme and stuff.) It has the same layout and the same Waffle House-Huddle House or McDonald’s-McDoogle’s sense of familiarity.

The menu looks about the same too. When my friendly server started to explain it to me, all I could think was, “I was eating this food when your grandpa was still pretending to steal your nose.”

(Historical note: Back in that ancient era, I swore off the original Fuzzy’s, on West Berry Street, after my very first trip. It was late at night, and the chef/owner angrily, perhaps drunkenly, told me they were out of food and to get out. I would never have imagined that little dump would spawn a bunch of franchises and, now, a knock-off.)

3 Parrots’ food was close but not identical to the offerings at Fuzzy’s and not as offensive as the décor. I went for the Baja Taco Platter ($7.99), with a tempura fish taco, a roasted pork taco, a side of “happy beans,” a.k.a. borracho beans, and fried potatoes.

The taco ingredients are served in two layers of corn tortillas and loaded with lettuce, a chipotle mayo sauce, goat cheese, pico de gallo, and cilantro. The flavor of the fish was obscured by the crunchy tempura batter. I drenched the taco in very vinegary “Shark Sauce” (similar to Fuzzy’s “Butt-Burning” sauce), and it overpowered the other flavors. I held back a little with the sauce on the pork taco, enough to be able to taste the meat’s mild smokiness. It was tender, and there was plenty of it. The two corn tortillas couldn’t quite hold their ingredients, so I ate the rest of it with a fork. I’m not complaining, because it tasted good, and I wanted every bite. The fried potatoes were crispy, though the kitchen could have backed off a little on the seasoning salt. The pork-infused beans were rich and spicy, owing to bits of jalapeños.

In all, as long as your sunglasses are in place, 3 Parrots isn’t bad, but it’s neither good enough nor different enough to compete with Fuzzy’s. Let’s just hope 3 Parrots never runs out of food and the owner never chases off a food critic –– unless he wants to eventually license dozens of franchises and inspire another knock-off.