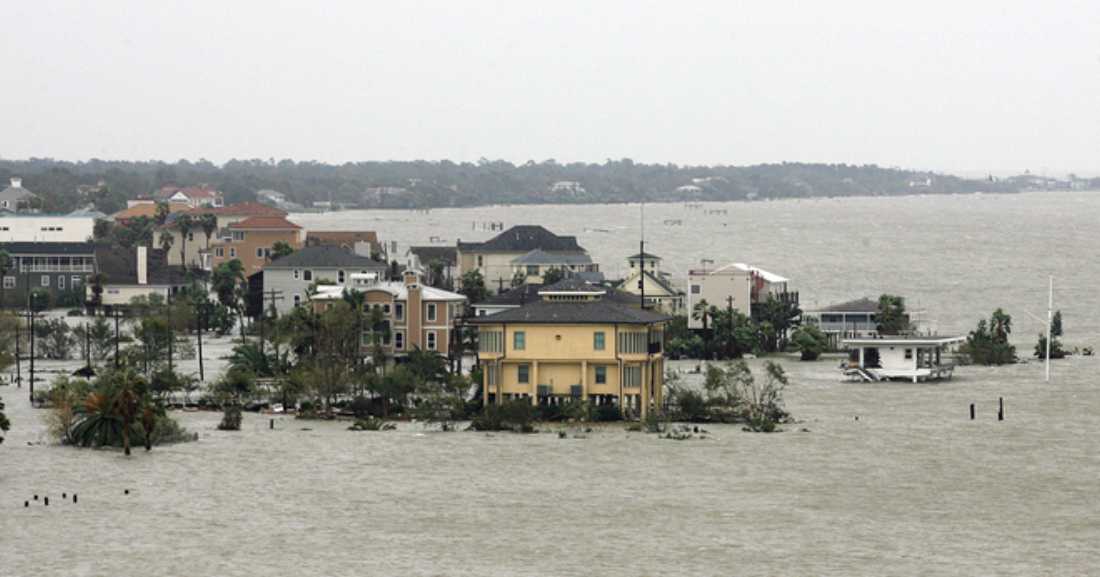 Five years ago, Hurricane Ike, one of the costliest storms in U.S. history, plowed into Galveston Bay, chewing through $29 billion in homes, businesses, roads, and bridges. It further punished the Texas economy to the tune of $142 billion in the year of recovery that followed, according to the Texas Engineering Extension Service.

As would be expected, Ike’s  destructive path was thoroughly covered by state, national, and international media and provided the ruined backdrop for many sincere-looking politicians. But there’s a slower-moving disaster doing an Ike’s worth of damage every two years in coastal communities from Brownsville to Mobile, Ala., and yet the interest that state leaders have shown it wouldn’t fill a Thrifty Nickel.

Despite being called back into three additional special sessions, the 83rd Legislature failed to take any action on the paired issues of sea-level rise and coastal subsidence.

“It’s just, like, hopeless,” said Ted Eubanks, whose Austin-based company Fermata helps communities in Texas and the Caribbean build environmental tourism opportunities. “It’s like these are problems that we’ll leave for somebody else to solve.”

Two years ago, Entergy, an electric-power provider that operates across the Gulf Coast, reported that sinking lands, rising seas, and continued development in coastal areas highly vulnerable to storms were already causing an estimated $14 billion in damages per year in Texas, Louisiana, and Alabama. Thanks to those rising seas — now hitting New Orleans and Galveston faster than any other part of the U.S. coast — it’s about to get a lot worse.

While the current rate of rise at Galveston is roughly 7 millimeters per year (about twice the rate of the oceans on average, which are now rising twice as fast as just a few decades ago), some researchers are betting on as much as a foot of rise by 2020. By 2100, more than six feet of rise is a possibility due to a combination of ice melt from the Greenland and Antarctic ice sheets and the thermal expansion of the oceans themselves as they absorb more of the excess heat thrown off by human-caused climate change.

“In an area where the highest natural elevation is eight feet, two meters of sea-level rise is going to inundate a large part of the island,” said Kristopher Benson, a marine habitat specialist working at the National Oceanic and Atmospheric Administration’s Galveston-based Restoration Center. “Even the lower-level estimates are substantial.”

In Houston, a new report by the World Bank predicts annual flood-related losses will rise by 60 percent by 2050, bringing annual damages of $190 million, even if current flooding risks are maintained. In that same time period, the global cost of urban coastal flooding in 136 studied cities is anticipated to explode from an estimated $6 billion per year to more than $1 trillion a year, with 33 percent of those hits being leveled in New York City, Miami, and New Orleans.

It’s not for lack of scientific understanding of these changes that Texas leaders have failed to act. “Adaptation strategies have been identified and cost-benefit ratios calculated by several different communities to determine what protective measures can be implemented,” stated a recent report from a coalition of Texas’ leading scientists and research institutions. “Texas lags behind other states in these efforts and remains, for the most part, unprepared.”

By comparison, Florida and Louisiana, which have suffered equally punishing lessons in recent years, are deeply invested in protecting their coasts.

The menacing dance of sinking land and rising seas is also doing serious damage to Gulf fisheries, which depend on healthy sea-grass beds and tidal wetlands for their nurseries. But even if all human contributions to the process stopped tomorrow and sea-level rise was constrained to less than a foot this century, we’d still have to struggle with eroding beaches, shrinking barrier islands, and the magnification of storm impacts that the loss of those natural defenses creates.

Coastal residents know what’s at stake. So the next round of wind-whipped politicos posing before another crop of tempest-tossed and displaced Texans will have to tangle with one inevitable question: “What did you do to prevent it?”

Greg Harman’s column “Lone Star Green” and his other writings can be found at harmanonearth.com.