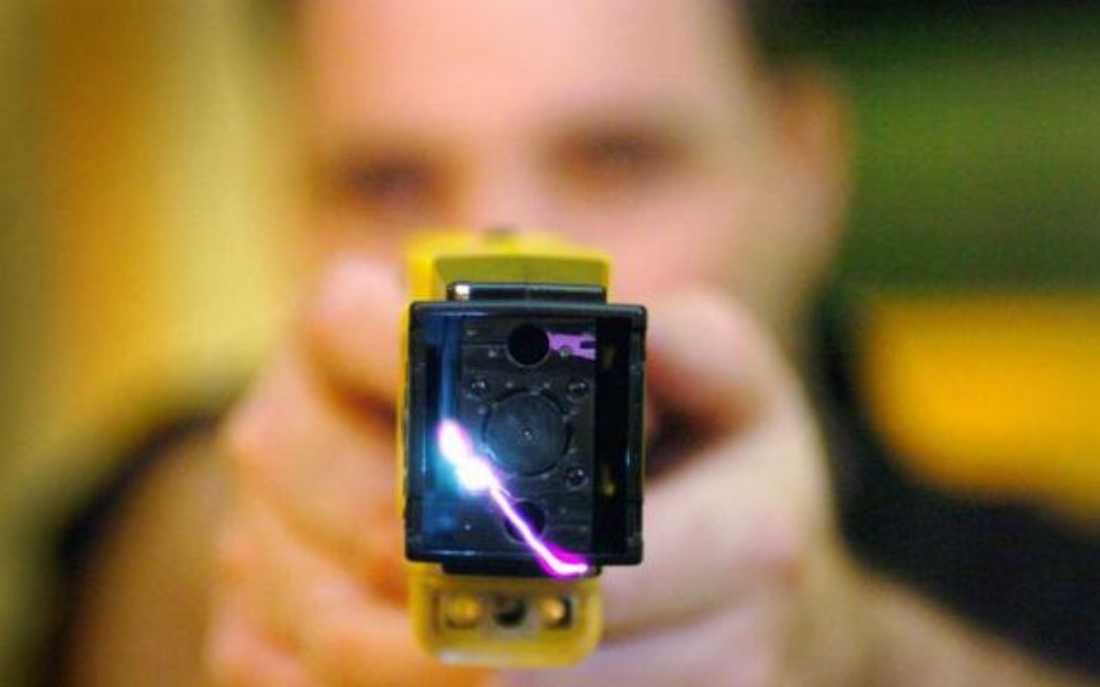 Four Tarrant County cities temporarily suspended their police departments’ use of Taser electronic devices in late September, based on what their attorneys said were new warnings that the devices can be deadly.

Anti-Taser activists figured it was about time for that change, since the high-voltage weapons have figured in hundreds of deaths. However, a spokesman for Taser Inc., which manufactures the weapon, said the ban is the result of a misunderstanding that he expects to be cleared up quickly.

And indeed, one city, Crowley, has already called off the ban and put the Tasers back on their police officers’ belts. Local activists say they believe Taser Inc. put pressure on the attorneys — as the company has done to medical examiners across the country, when they have ruled that the weapons caused or help cause deaths.

All four cities — Crowley plus Mansfield, Burleson, and Richland Hills — are represented by the same Fort Worth law firm of Taylor, Olson, Adkins, Sralla, & Elam, LLP (TOASE). Representatives of three of the cities said the law firm raised the question of changed wording on the warning that accompanies the weapons. Changes in that manufacturer’s statement could let Taser Inc. off the hook in the case of lawsuits and leave cities liable for damages.

Steve Tuttle, spokesman for Taser Inc., said there has been no change on the warnings issued with the devices for several years and that the suspension of Taser use by the four cities was “astonishing.” The most recent changes in the warnings were made in 2009, Tuttle said.

The warning label — a far cry from the company’s initial claims that Tasers were non-lethal — is now an eight-page document that makes it clear that the weapons can cause death in many circumstances: when a person is shocked for more than 45 seconds, hit with more than one Taser blast at the same time, or has certain physical conditions, including being “elderly, those with heart conditions, asthma or other pulmonary conditions, and people suffering from excited delirium, profound agitation, severe exhaustion, drug intoxication or chronic drug abuse, and/or over-exertion from physical struggle.”

But Allen Taylor, senior partner of TOASE, said the wording of the warnings had indeed changed. He declined to specify the changes but said new wording was more “thought provoking” in light of the potential financial responsibility of cities and police departments. The newest version of the manufacturer’s statement was effective in March of this year — much more recent than in Tuttle’s account.

The Rev. Kyev Tatum, founder of the Fort Worth chapter of the Southern Christian Leadership Conference, has fought the abuse of Taser weaponry by law enforcement for several years. He was thrilled with the news that Tasers were off the streets, even if temporarily, in three nearby cities.

“I believe that when someone threatens a police officer’s life, that officer has the right to take out his gun and use deadly force,” Tatum said. “But if someone simply doesn’t comply with your order to shut up, no, you don’t have the right to use deadly force. And that’s how Tasers are too often used, and that’s what’s wrong with them.”

Taser Inc. has sold its weaponry to hundreds of police departments since 2001, both nationally and internationally. More than 530 people in the United States alone have died after being shot with the 50,000 volts of electricity the weapons produce.

Tuttle rejected the idea that even one person has ever died as a result of being hit with the weapon because of the low wattage of the charge involved. The weapon can be discharged directly into an individual, or a pair of prongs can be fired from a distance of up to 20 feet.

Many people disagree with that assessment. Medical examiners in at least three states have attributed deaths to electrocution by Taser — and Taser Inc. has gone after those officials with a vengeance, getting at least one to change the cause of death conclusion on an autopsy in order to avoid a costly lawsuit.

Tuttle acknowledged that the devices can be deadly but said the only deaths associated with Tasers are due to police officers’ misuse. “We’ve had three deaths from falls when our devices were used on people in elevated positions, and we’ve had two people die when they were enveloped in gasoline after the devices were used on them and they burned to death — unfortunately. But those were the result of our devices being misused.”

In Fort Worth, where at least six people have died after being shot with Tasers since 2005, only one autopsy report listed “application of a conducted energy device” as the cause of death. That death, of 24-year-old Michael Patrick Jacobs, occurred after he was jolted with a Taser weapon twice on April 18, 2009.

The most recent death in Fort Worth involving a Taser occurred in May, when Jermaine Darden, 34, was shot twice with a Taser during a no-knock drug raid that produced no drugs. Darden, who weighed about 340 pounds, was found not to have died as a result of being tasered, but rather from “sudden cardiac arrest” due to heart disease and “application of restraint” according to the findings of Tarrant County Medical Examiner Nizam Peerwani’s office.

Police spokespersons in Burleson and Richland Hills said their departments had temporarily suspended the use of Tasers.

“Several weeks ago it was brought up that the wording had changed on the Taser warnings,” said Chris Havens, deputy chief for operations at the Burleson Police Department. “TOASE, our city attorneys, … did a review of what we were given in the warnings, and it was our opinion at that time that those weapons would have to be put on the same ‘level of force’ as deadly force. Because of that, we decided to pull them until the chief of police and city council can figure out what to do with them.”

Havens said he believes the Taser is a great police tool but that policies on when officers should use them need to be clarified.

In Richland Hills, spokeswoman Sheena Parsons said that the police department had only recently outfitted patrol officers with Tasers. Use of the weapons has been suspended due to “advisement from our city attorneys,” based on findings by the American Heart Association and statements made by Taser Inc., she said. “It’s really an issue of liability, and though we have not had any issues yet, there is the potential.”

Tuttle said the issue cropped up when “someone put it out to the Texas Police Chiefs Association that we put out new warnings when in fact we haven’t. It’s just like any warning on a ladder, Jacuzzi, hot tub, or roller coaster. These devices can cause death if they’re misused.

Tatum, told that Crowley had already returned the weapons to the street and that the other cities were expected to follow suit shortly, said he thought the “peer pressure from other law enforcement agencies as well as from Taser Inc., caused them to change their decision.

“Taking them off the street was the right decision,” he said. “Tasers can and have killed, and [they have] caused serious neurological damage to a lot of people.” Putting them back on the street, as Crowley has done, is “the wrong message to send” he said.