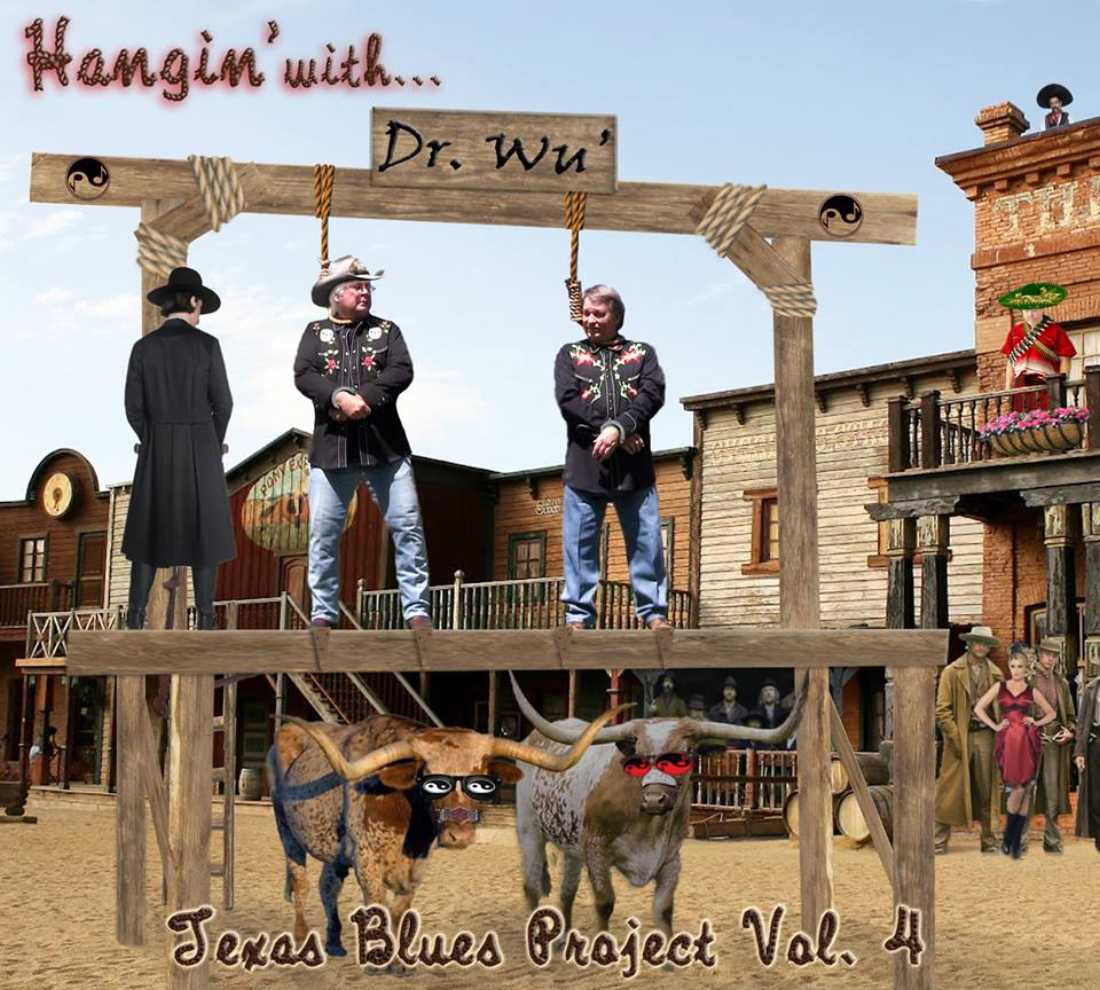 Like commercial-radio country, heavy metal, and hip-hop/R&B, the blues gets a bad rap. “It’s boring,” some people cry. “It’s too noodly,” lament others. And, perhaps most worrisomely, “It all sounds the same.” And while all of that is true –– to an extent –– the blues, when done well, can be downright invigorating, just like good metal, just like good hip-hop. (Haven’t heard good commercial country yet. And I’m not holding my breath.)

Dr. Wu, a.k.a. Jim Ashworth and Bryan Freeze, is not the second coming of Pinetop Perkins or Buddy Guy, but the two Fort Worth gents know how to write catchy barroom-blues numbers steeped in virtuosic musicianship and occasionally full of cheeky humor –– Lord knows, genre music could use a little freaking levity.

Under the auspices of the Texas Blues Project, the 11-year-old Dr. Wu has pumped out a couple of singles, one live recording, and three albums, all 99 percent original, including Texas Blues Project Vol. 4, whose release will be feted with a performance by Dr. Wu and The Jeff Brett Band on Saturday at Queen City Music Hall (425 Commerce St., 817-332-4030).

On all of their recordings and for most shows, Ashworth and Freeze have been joined by the crème de la crème of Texas blues, Fort Worth dudes whose names may be familiar only to aficionados but who are definitely big-time, guys like Hammond B-3 genius Red Young (who’s worked with Eric Burden & The Animals, Linda Rondstadt, Sonny & Cher, and Tanya Tucker), now-Nashville-based multi-instrumentalist James Pennebaker (Leroy Parnell, Big & Rich), drummer Mike Kennedy (Freddie King), axe-man Buddy Whittington (John Mayall’s Bluesbreakers), and, until his death in 2009, guitarist Stephen Bruton (Kris Kristofferson, Bonnie Raitt, fellow Fort Worthian Delbert McClinton).

I know what you’re thinking: Is anyone under the age of 95 a part of this deal? And I don’t blame ya. Pure blues is chiefly the province of, let’s say, men of a certain age. Most youngsters who explore the sound (Larry g(EE), Josh Weathers) end up shaping it into something else entirely, saying “yes” to every disparate influence that pops up to avoid that young-artist bête noire: unoriginality. Age, in fact, was one of Dr. Wu’s main inspirations. From a “late-night discussion” in 2007, Ashworth said, he and Freeze realized that “a lot of the great blues artists were dying off and that it was difficult to find something new to listen to in that area.”

The duo also discovered that “only a few of these local blues artists ever enjoyed financial success, and some were just flat broke,” Ashworth said.

With their CDs and shows, Ashworth and Freeze are on their way toward accomplishing their two main objectives: to create exposure for some bluesy badasses and put a little jingle in their pockets.

I wouldn’t worry about the blues going away anytime soon. As long as mean women and hell hounds abound, there will be songs about them.