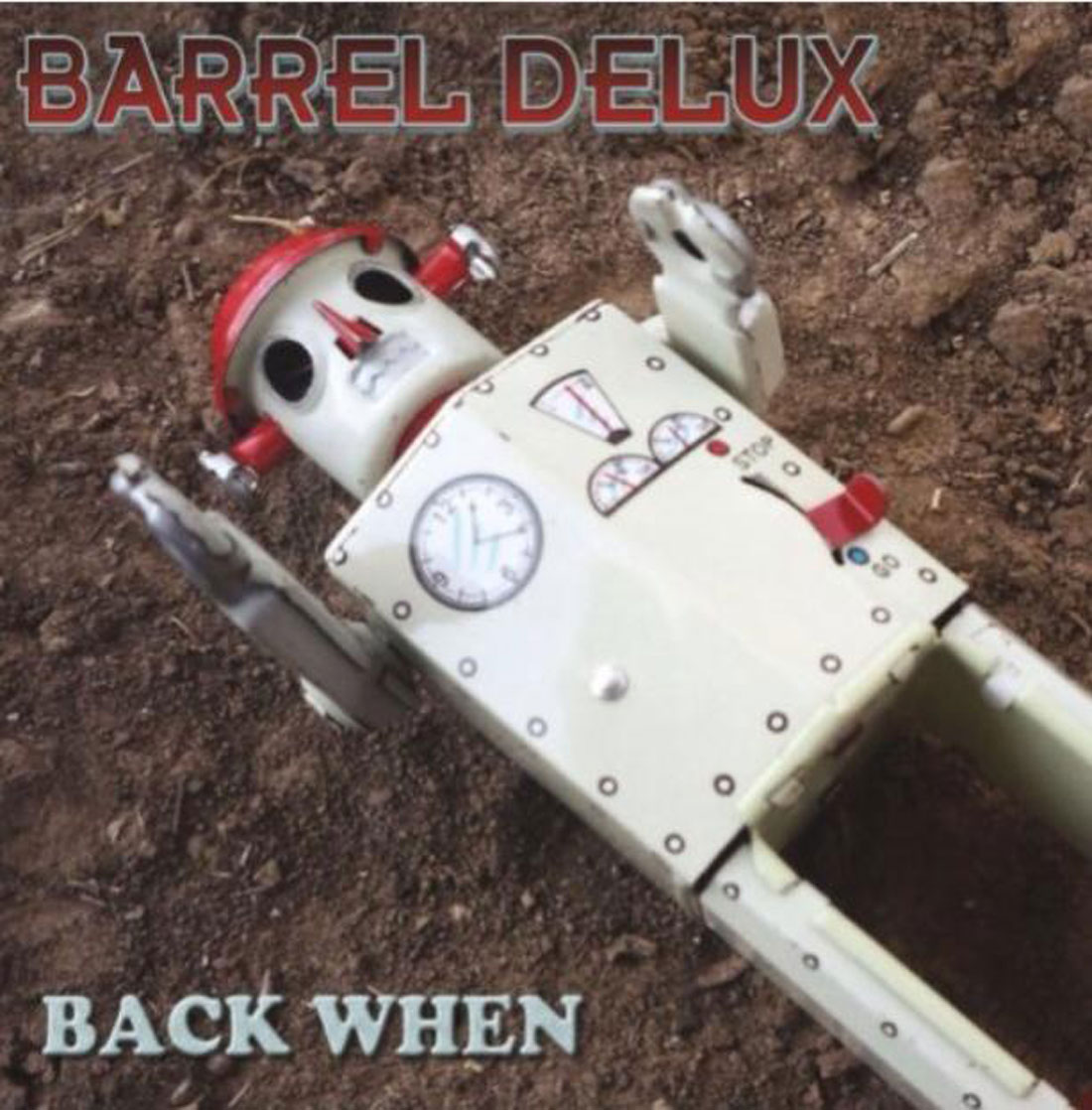 The problem with genre music is that it all tends to sound alike. Well, if it sounded like anything else, it wouldn’t be part of a genre. It’d be just music. But some people like adhering to formula, and there’s nothing wrong with that. OK, there is. At least half of the time. Driving to work the other day I (accidentally) heard this song on the radio about a “big green tractor,” and I don’t know how, maybe by the grace of God or Buddha or whomever, but I managed to not violently tear out my speakers and puke all over them. Could this guy have catered any more to the lowest common denominator? (Plus, his inhumanly twangy voice was ear-splittingly annoying.) I’m sure he’s driving his “big green tractor” all the way to the bank, though. God bless ’Murica.

Anyway, genre music isn’t all bad, not by far, and alt-country boozers Barrel Delux, funky rockers Bomb Atomic, and ska-sters The Wife and Kids are here to prove it. –– A.M.

Coming from a musician-centric social circle that goes back to the 1980s, Haltom City’s Barrel Delux has been jamming weekly for years; if your dad has had a Saturday poker night for as long as you can remember, this is kind of similar, except a lot louder. And possibly drunker. Back When sounds like Wilco if Jeff Tweedy stopped worrying about what it means to be in Wilco and just hung out with his friends.

Over the course of eight songs of alt-country twang, acoustic introspection, and the kind of crunchy rawk that vibrates empty beer bottles off tables, singer-guitarist Vinny Pimentel highlights the merits of riding around, having drinks, and watching for the occasional UFO. “Jesus Criminey” opens the record with a vortex of spacey, buzzing effects before loping into a countrified mid-tempo cruise made buoyant by bassist Ratsamy Pathammavong’s McCartney-esque low end and drummer BB Atkinson’s rock-leaning beats. “Hallow’s Eve,” with its delicately reverberating guitars and roomy sound, feels appropriately autumnal, while the Pixies-like crunch of “Supernova” captivates you with lead guitarist James Atkinson’s stratospheric stabs and fuzzed-out middle eight.

All in all, Back When has enough nostalgia in its chords and sonics to get you through a few early beers and enough rock for when you start to feel them. –– Steve Steward

The Wife and Kids’ Two and a Half

Is it 1995? Because The Wife and Kids’ brand of earnest, whoa-filled ska punk sounds like it came straight from the catalog of the late, great Dill Records –– or Asian Man Records, if you stuck with third-wave ska after Skankin’ Pickle broke up. Don’t know what any of that means? Then this music probably won’t be your bag. Or maybe it is, if you like songs that are honest, short, and fast. Two and Half is competent, tight, and shot full of sax solos and trombone blasts, honking over Justin Massey’s busy basslines and Conor Korora’s up-tempo up-stroked guitar. It’s dorky but genuine; some of it works even if you’ve never been a high school band nerd: “Who Needs Friends, I’ve Got Video Games” is a peppy ode to feeling lonely, and “Running, Running” is frantic fun courtesy of drummer Brock Tacker’s double-time sprinting and lyrics about being made of carbon and water.

There’s an endearing thematic undercurrent of frustration, which is sometimes more eye-rolling than funny –– on “Chris St. John Devon Kleine and The Secret Parade Think We’re Not a Real Band,” Korora sings about not being taken seriously, which is the sort of thing that’s hard to take seriously. Still, when the anxious descending chords of “Things Are Getting Worse” meet with the horn section (David Newton on trombone, Josh Wright on sax) in a frenetic climax, you’re kind of moved to spin the EP again. –– S.S.

On Bomb Atomic’s debut recording, the EP Psychonaut’s Love Song, the Fort Worth quartet blends hard, groove-driven rock with storytelling, a combination that could come off sounding like Flea backing a C&W band if done poorly. The combination works here because vocalist Justin Williams, guitarist Henry Sepulveda, drummer Ryan Spetch, and bassist Eliot Arriaza don’t compete with one another, thereby putting balance above bombast. Having a team-oriented approach doesn’t mean sacrificing an in-your-face sound, either. Spetch and Arriaza know how to lay down an unrelenting rhythm that, when laced with Sepulveda’s fiery, agitated riffs and solos, gives each song a mesmerizingly funky angst. And it’s been a long time since Funkytown has seen such rockafied funk. You’d probably have to go back to Spoonfed Tribe circa 2008 to find it.

On “If You Can’t,” a taunting warning to get ready or get the hell out of the way, there’s an industrial-metallic middle section that builds to a hypnotizing plateau before Williams, who has a gift for navigating complex melodic inflections, ushers the song out. Good stuff. “Son of a Beach” mixes aggressive slap-bass, free-flowing rap (courtesy of Bedford’s Doug Funnie), and a long guitar solo full of bubbly Satriani-esque arpeggios, thick bluesy passages, and, near the end, a little screaming wah-wah. The most mod-rock-radio-friendly song is “Monsters,” a relatively funk-free number that stomps and bounces around Williams’ smooth, strong crooning. (The guitar solo, a series of theremin-like wails, is also pretty nifty.) And the six-minute-plus title track is downright epic, full of highs and lows, soft spots and hard –– and, of course, lots of Sepulveda virtuosity. It’s a reminder that the listener has had quite an experience, from frustration and anger to elation. And boom goes Bomb Atomic. –– E.B.