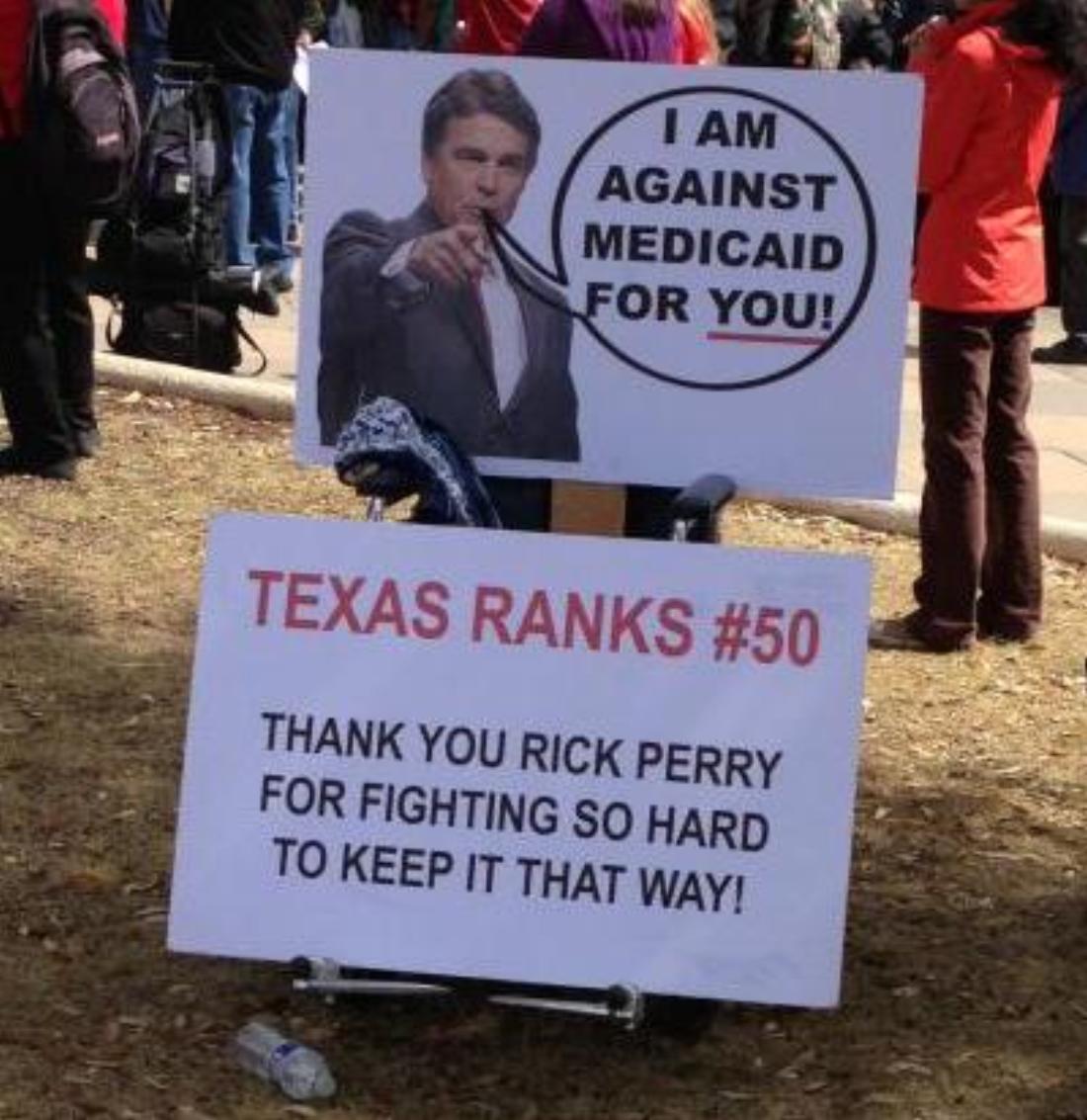 There is broad agreement that the glitch-filled rollout of Affordable Care Act enrollment was awful. Some have compared it to the botched response to Hurricane Katrina by the administration of President Obama’s predecessor, Republican George W. Bush.

With this difference: Bush and company had a few days to plan for Katrina. The Obama administration had three years to plan enrollment for Obamacare.

It probably would have been a lot easier to just lower the Medicare eligibility age from 65 to zero. But trying to accommodate private insurance companies and lots of other folks around the healthcare process made that politically infeasible.

However, no less embarrassing than the Obamacare rollout has been the performance of those in charge in states like Texas.

Republican Gov. Rick Perry refused Medicaid expansion, despite the fact that all the funding for the first three years, and 90 percent for the next several years, would come from the federal government. Rather than trying to help implement the Affordable Care Act, Perry and others — including the leading Republican candidate to replace Perry, Atty. Gen. Greg Abbott — have done everything they can to oppose and sabotage the effort to expand health coverage to millions of Texans who don’t have it.

The argument of Perry and others is that Obamacare, including the Medicaid expansion, borders on socialism and creates an entitlement. (This is different from the governor collecting more than $92,000 a year in retirement pay from the state on top of his $150,000 salary, free house, free car, etc. That’s “retirement,” not an “entitlement.”)

Medicaid expansion would allow about 2 million more Texans without healthcare coverage to get it. Over 10 years under the largely federally funded program, Texas would get about $100 billion from the feds, while putting up about $15 billion.

Many local governments support it because it would provide much of the funds they now must raise from local property taxes for hospitals providing care to the indigent.

The argument is appropriately made that the federal money has to be collected from somewhere. It does.

But the problem for taxpayers in Texas and other states whose governors have refused the expansion is they will still pay federal taxes. The money just goes to other states that do accept the Medicaid expansion.

(A professor in New York wrote a tongue-in-cheek column for the Austin American-Statesman a few weeks ago, applauding Texans for their selfless generosity: sending money to support Medicaid expansion for New Yorkers, while declining it for Texans.)

Dozens of local chambers of commerce, medical organizations like the Texas Medical Association and Texas Hospital Association, nonprofit and for-profit groups, and newspaper editorial pages urged Perry to accept the Medicaid expansion. It would provide not just healthcare for a couple of million people, but also lots of jobs, they point out. Others just called the refusal of that money borderline crazy.

Perry was unmoved. Not just no, but hell, no. He compared Obamacare to “putting a thousand more people on the Titanic when you knew what was going to happen.”

You can be forgiven if you suspect the governor might be polishing his conservative credentials for another run for the Republican presidential nomination.

One of the wisest commentaries on the situation came from Ross Ramsey in the Feb. 22, 2013, Texas Tribune.

Some of the combatants in the Medicaid expansion fight in Texas “regularly tell voters that government should be run more like a business,” Ramsey noted. But if the feds will pay all of the cost for the first three years, and most of it for the next several years, “Here’s the business question: Why leave that kind of money on the table, especially if it’s going to be spent elsewhere if Texas opts out?”

It’s possible the Medicaid expansion’s federal support might dry up down the road, Ramsey says. But Texas can always quit if that happens. In the meantime, the citizens would have healthcare support that they don’t have now, and the state could save several billion dollars.

Better to have part of something than all of nothing — while paying taxes to help others get the benefits your state is passing up.