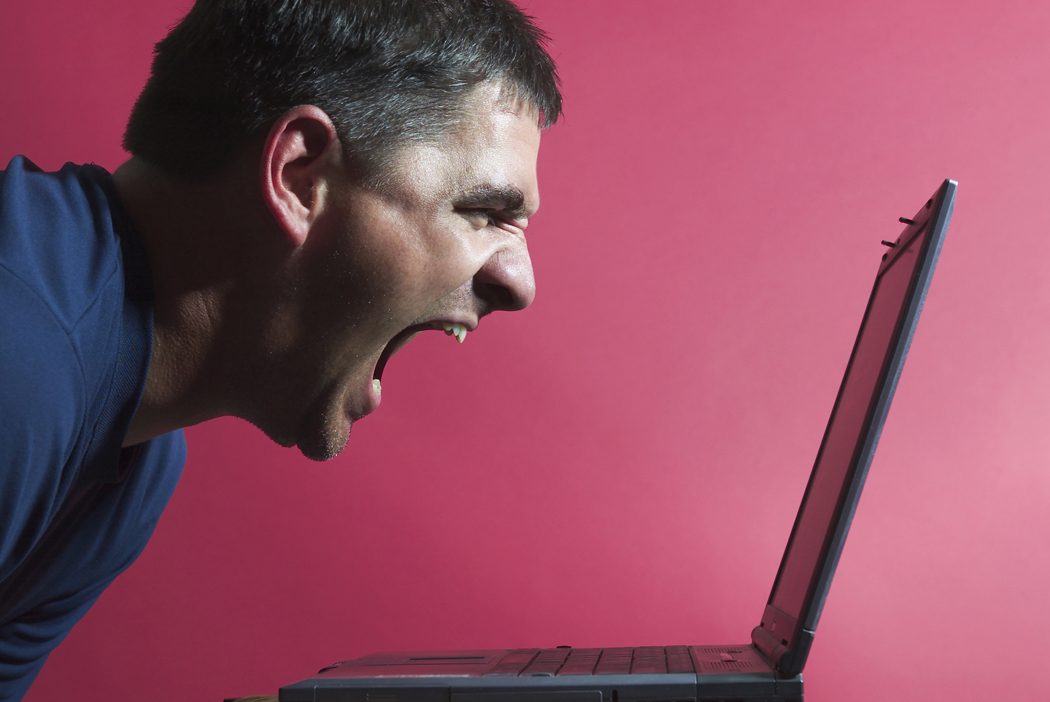 Fort Worth attorney Jason Smith had been screaming at his computer for an hour, over complications in using the state’s new electronic filing system, when a reporter called.

The new system is “a pain in the neck,” he said. And he’s far from the only Texas lawyer who feels that way. Another local attorney called the new system “a disaster,” comparing it to the botched Obamacare rollout. A third attorney said e-filing in Tarrant County so far has been a nightmare.

“We had to file a response to a motion, and [the system] kicked it back,” Smith said. “The judge was understanding and didn’t disallow our response or dismiss our case, but he could have.

“We’ve had several issues with it,” he said. “Our office has had four or five in the last 30 days.”

Before this year, attorneys, paralegals, and other filers could walk down to the district and county clerks’ offices and file documents pertaining to a case. An optional electronic filing system existed, but not every county offered that option.

But on Jan. 1, a Texas Supreme Court mandate went into effect requiring all civil and family court cases to be filed electronically in the state’s 10 most populous counties, including Tarrant, Dallas, Collin, Denton, Bexar, Harris, and El Paso. All case filings with the Texas Supreme Court, Texas Court of Criminal Appeals, and 14 appellate courts must also be done electronically. By 2016 all 254 Texas counties must have e-filing in place for civil and family cases. Pro se litigants — people representing themselves — are not required to file electronically.

In the new system, documents must be scanned and sent to one of eight private providers, which then sends them to the district or county clerk in the county where the action was filed. There is one free provider on the list, as well as some less expensive options. Many of the more expensive providers offer additional services that make the filing process much easier, such as such as monthly invoicing, sending documents to opposing attorneys, and converting documents into searchable PDF files, which is required by law. (Anyone can convert a document into an easily searchable PDF, but it takes time and the proper software.)

In just its third week, the new system is getting a lot of negative reviews from the Fort Worth legal community. One lawyer called it “glitchy” but also noted that other counties aren’t having as difficult a time with the transition as Tarrant. All of the other top counties already had optional e-filing systems.

Statewide, attorneys are worried about the system’s cost, privacy, and the fact that it creates a new middleman in the legal process by requiring filers to use a third-party provider.

The increase in volume of documents filed online has been staggering. David Slayton, director of the Texas Office of Court Administration, the office responsible for putting the system in place, said that, previously, no more than 2,500 documents were filed online on a given day.

“Yesterday there were almost 12,000 documents filed,” he said. “We’ve received more than 59,000 documents since Jan 1. That’s already more than the total volume we’d averaged in a month.

“Obviously lawyers are having success in filing documents across the state.”

The first e-filing system in Texas was put into place in Jefferson County in the late ’90s, when a major asbestos lawsuit overwhelmed a court’s regular filing system. A local judge implemented the online system to better handle the volume. The push for a statewide online filing system has been gaining momentum ever since.

“The Supreme Court had been hearing from attorneys and judges and others all across the state that e-filing needed to be mandatory and it needed to be through a single system statewide,” Slayton said. “So in December of 2011, the court held a public hearing, and there was fairly unanimous support.”

Critics of the system say it creates a new cottage industry of middlemen who offer different bells and whistles along with basic filing services. They say the new system, designed to be more efficient and less costly, could end up being more expensive, because of the varying costs of the third-party services.

Coby Wooten, a Fort Worth attorney and president of the Tarrant County Trial Lawyers Association, noted that some of the third-party providers charge by the page for filing documents.

“Every bit of the cost has to be passed on to the client,” he said. “If I file a document that has a 300-page attachment, you’re looking at something that could cost you $3,000.”

Slayton said the feedback he’s been getting has been overwhelmingly positive.

“When an issue is identified, we have to figure out [whether] the issue is at the state level, the filer, or the clerk’s office,” he said. “Every time we receive word of any issue, we have to attempt to resolve it.”

Wooten and others also worry about whether the system is adequately protected, noting that sensitive information is being passed to a third party over the internet.

“They don’t want you putting Social Security numbers or driver’s license numbers on documents, but what if you have to file medical records with the courts?” he said. “Then you’re passing stuff through the internet. It could be hacked and stolen.”

Slayton said that the system meets national encryption standards and that the Texas Supreme Court enacted rules requiring attorneys to redact some personal identifying information before documents are filed.

“That information just resides on the e-filing system for the period of time between the filer hitting ‘submit’ and the clerk accepting the document,” he said. “It’s not really a public-access system.”

Celestina Contreras, a professor at Texas A&M University School of Law — formerly the Texas Wesleyan Law School — said she has been getting as many as 20 e-mails a day from other attorneys who are confused about the new filing system. She also serves as staff attorney at the school’s law clinic, which gives legal advice to disadvantaged people.

“Now if you’re filing everything through e-filing, there’s a [costly] program that will redact [sensitive] information for you,” she said. “Otherwise you’re going to have to submit it as an exhibit and redact it yourself.

“You’re going to have to be changing the document,” she said. “Everyone is scratching their head asking, ‘Do we submit this as a changed document? Do we request that it only be read in chamber?’ There are so many questions out there.”

At a training session in September at the A&M law school, Tarrant District Clerk Thomas Wilder couldn’t answer a lot of the questions about the system, Contreras said. A second training session scheduled for December was canceled due to the winter storm.

“We did not get to go through that second training session when all of these answers were going to be forthcoming,” she said.

Wooten was critical of Wilder’s office, noting that in Dallas County, where the optional form of e-filing already existed, District Clerk Gary Fitzsimmons sent an e-mail to the various legal associations in that county preparing them for the change.

“I’m not aware of any help from the [Tarrant County] district clerk’s office at all,” he said. “It definitely snuck up on my office. I’d be willing to bet that most lawyers didn’t know it was coming until December.”

He said his organization was never contacted about the change.

“They probably could have reached out to the various bar associations,” he said. “They may still. I haven’t heard about anyone contacting our association leading up to Jan. 1 saying ‘This is what we need to be doing.’

“Some of these other counties that have had e-filing for a while — it’s a no-brainer for them,” he said. “But we’ve never had to do it.”