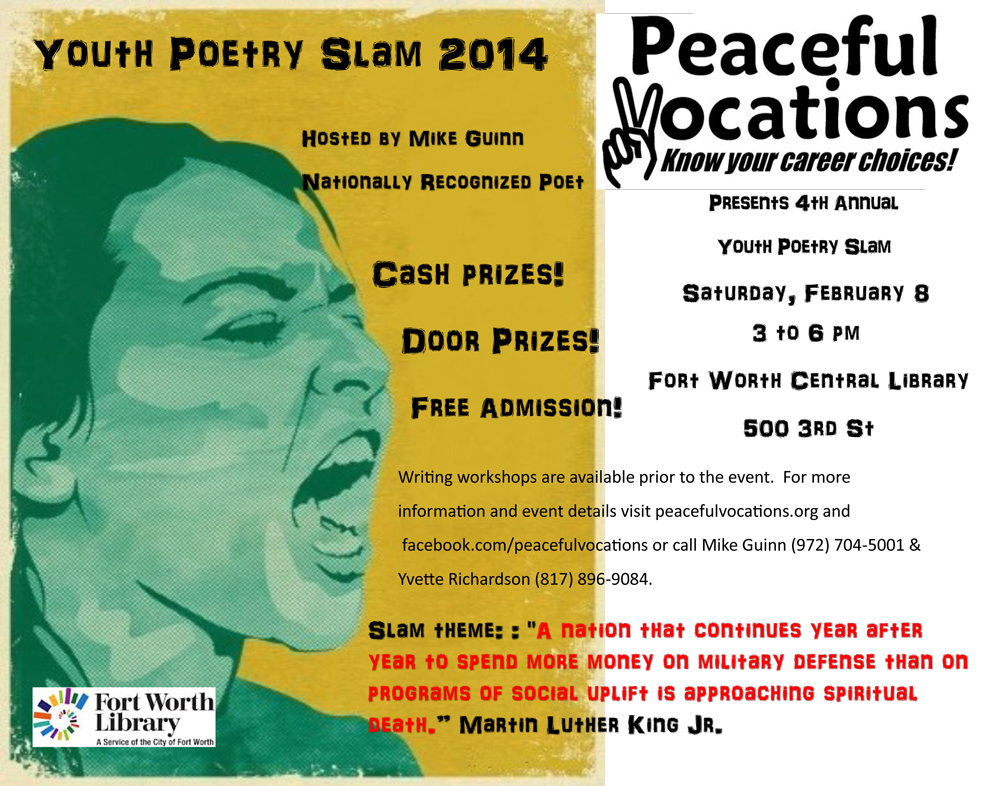 USA Today and other news outlets blared the Pew poll headlines just a few days ago: More than half of Americans think our military operations in Iraq and Afghanistan have been a failure. It’s not just those damn commie homo hippies complaining about war again, people: A slim majority of the country believes the “blood and treasure” costs have far outweighed the (mostly unmet) goals in both military campaigns. So you could say that the North Texas volunteer collective known as Peaceful Vocations has been ahead of many regular folks these last ten years in their goal of educating young people about alternatives to military service. It’s a controversial mission, yes, but surely our kids deserve to hear from more than just U.S. military recruitment officers before signing years (and maybe their lives) away. Peaceful Vocations presents its 2014 Youth Poetry Slam –– the fourth annual event of its kind –– 3pm Sat Feb 8 at the Fort Worth Central Library, 500 3rd St, downtown FW. The event is free and hosted by award-winning poet Mike Guinn. The theme for this year’s PV slam is a quote from Martin Luther King, Jr.: “A nation that year after year continues to spend more money on military defense than on programs of social uplift is approaching spiritual death.”