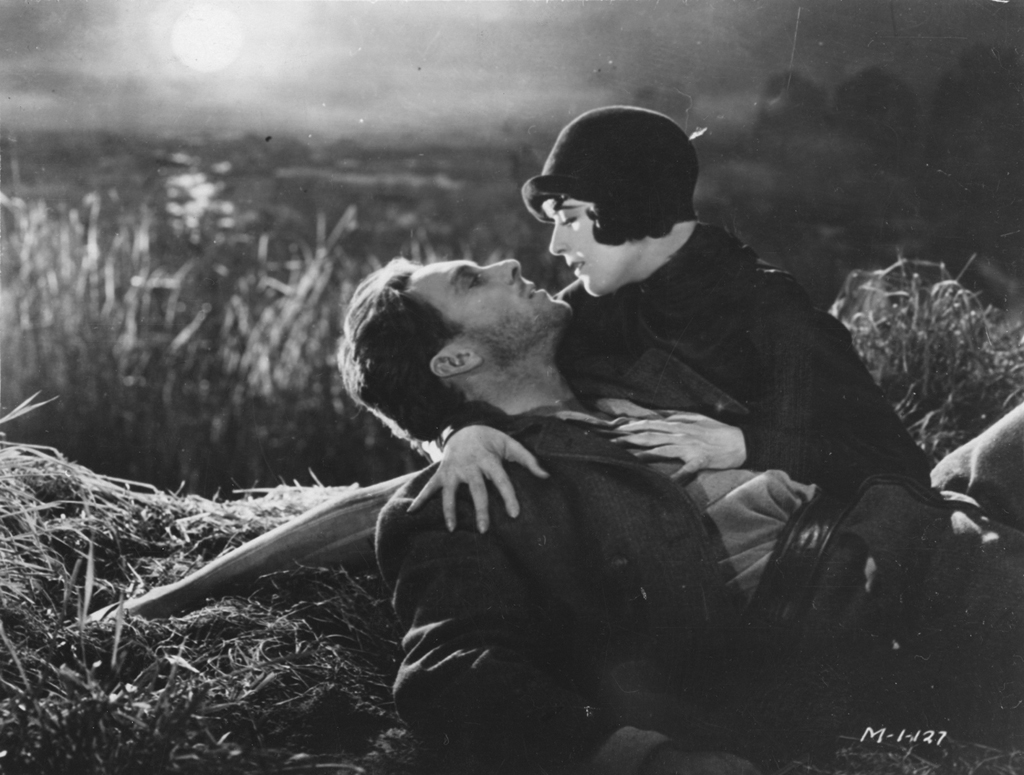 Since there are so few chances to see expat German director F.W. Murnau’s silent stunner Sunrise (1927) on a big screen, movie fans should grab the opportunity when it comes. As part of its “ArthouseFW 2014” series, The Lone Star Film Society hosts a screening 2pm Sun Feb 16 at the Kimbell Art Museum. Like many silent flicks, the movie has a boilerplate good vs. evil plot that deals with innocence, corruption, and redemption sans a lot of modern psychological detail: A farmer (George O’Brien) begins an affair with a sophisticated but sinister city woman (Margaret Livingston) who tries to convince him to kill his adoring wife (Janet Gaynor) and escape his rural life. But as with so many of Murnau’s features (including his legendary 1922 Nosferatu), the bare storyline is subservient to some of the most rapturous manipulations of light and shadow in cinema history. Sunrise is probably even more noted for Murnau’s elaborate but graceful camera work. The filmmaker had to invent some techniques for capturing the kinds of angles and movements he needed to tell the story his way. From ultra-creepy swamps to futuristic cityscapes, the movie has a hallucinatory feel from beginning to end that transcended the schlocky emotionalism of most films in its day. And most films in our day, come to think of it. Don’t miss the Kimbell screening.