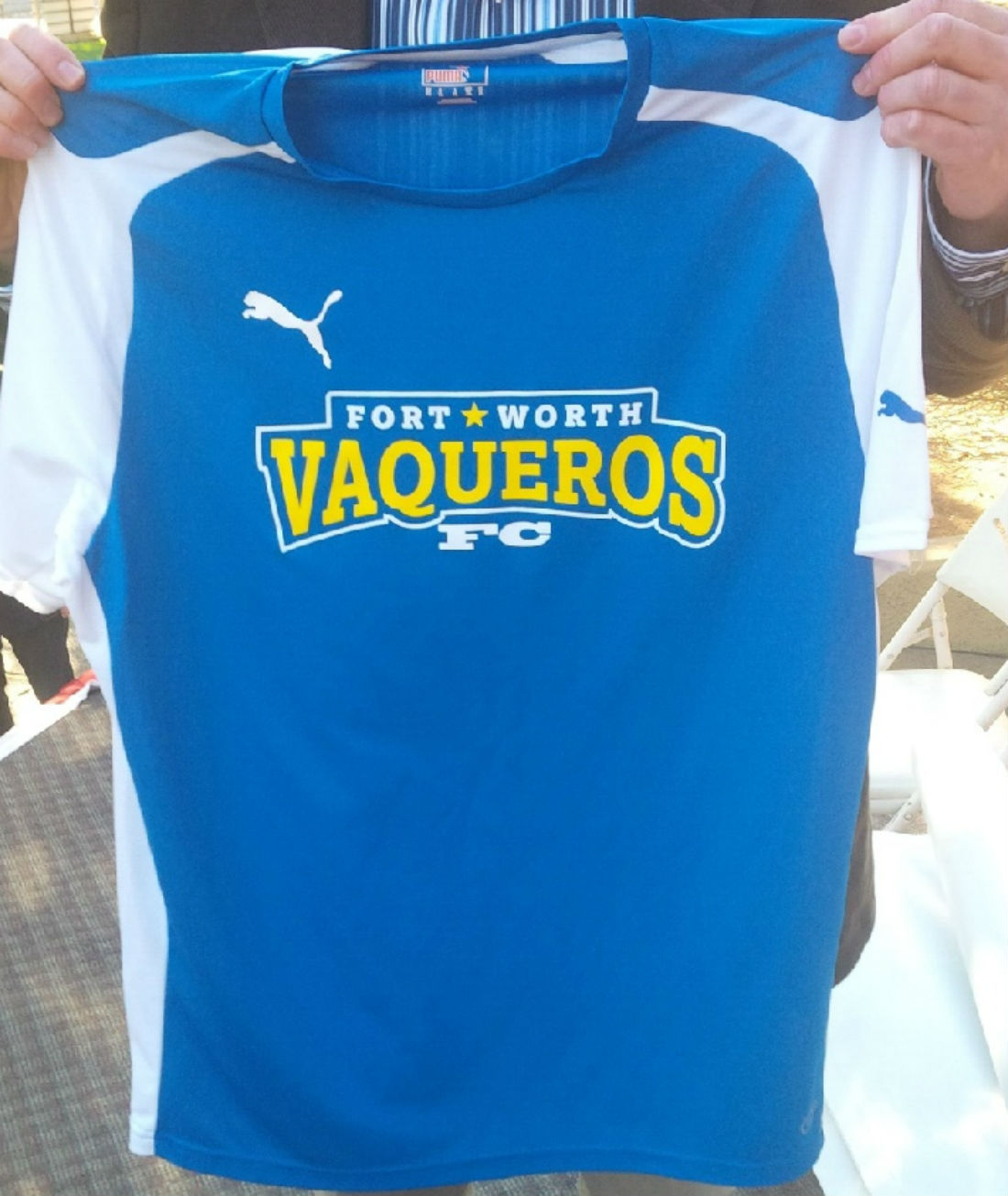 Fort Worth’s team in the National Premier Soccer League conducted a fan vote to pick a name for the new franchise. Yesterday, they announced the results: They are Fort Worth Vaqueros FC. Presumably the name has nothing to do with these other local vaqueros. They will start play in May at LaGrave Field, but there’s still a lot of work to be done between now and then. For one thing, they need a logo, so they’re asking local design mavens and/or soccer aficionados to design one for them. Between today and February 28th, you can submit a logo for the team to logos@ftworthsoccer.com. Three finalists will be picked on March 3rd, and then those will be submitted to another fan vote that will end on March 16. The winner will be unveiled March 20. Something to watch for.