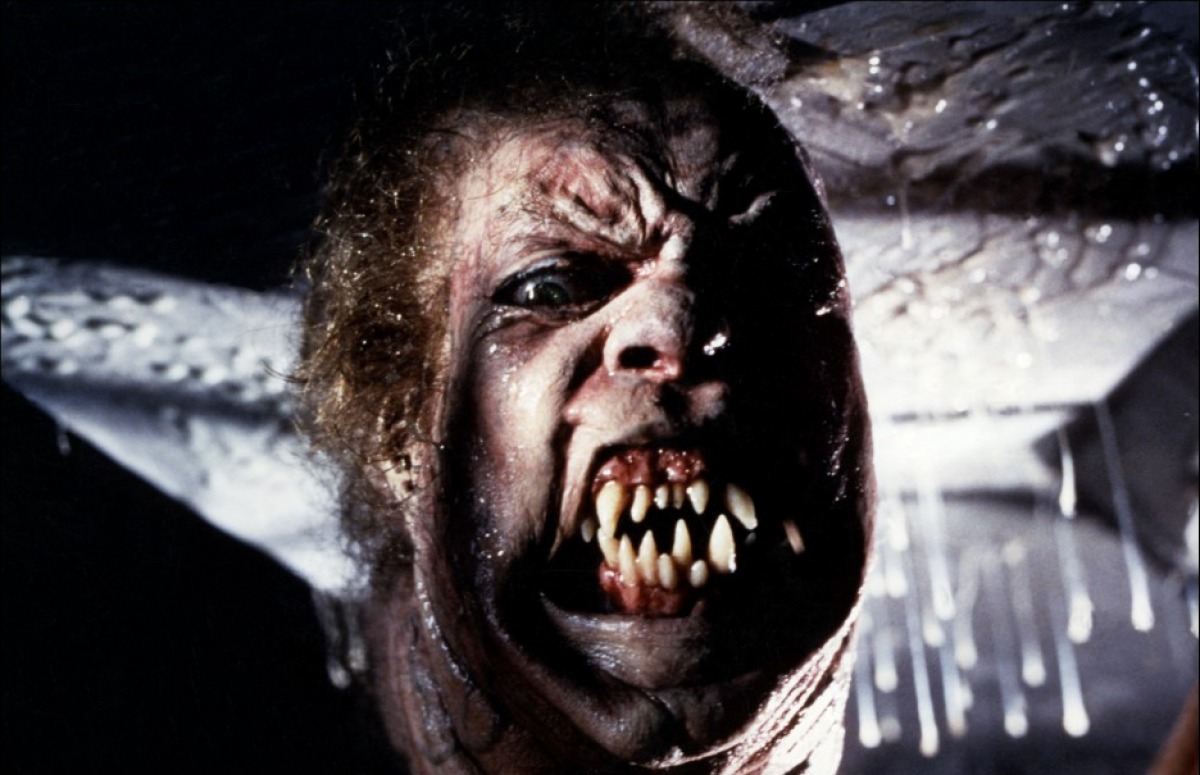 Someone at the Lone Star Film Society has great taste in B-movies. As part of its ArthouseFW series, the Society will screen John Carpenter’s 1982 remake of The Thing 10pm Fri Feb 28 at the Modern Art Museum of Fort Worth. My friends and I thrilled to Carpenter’s exquisitely crafted gross-out spectacle at the time of its initial (and rather unsuccessful) release, but the movie isn’t just a hundred times better than its “classic” source material, 1951’s The Thing From Another World. (The space creature in that Cold War-era parable, played by subsequent TV star James Arness, looked a little too much like a large rampaging carrot.) Carpenter’s Thing is a towering achievement in makeup, prosthetic, and animatronic effects that proves too much of a good thing is sometimes just the right amount. Using not a single sequence of CGI, the effects team created an ooey-gooey shape-shifting monstrosity that’s a little like a human-sized mass of deadly cancer cells. It operates in only two mindless speeds: Devour and survive. Decapitated heads sprout spider legs, dogs unleash tentacles, and in one powerfully suspenseful sequence, even tiny samples of infected human blood scream when provoked. The Thing manages to be ridiculously over the top and supremely in control at the same time, a rare feat in the well-stocked annals of creature features.