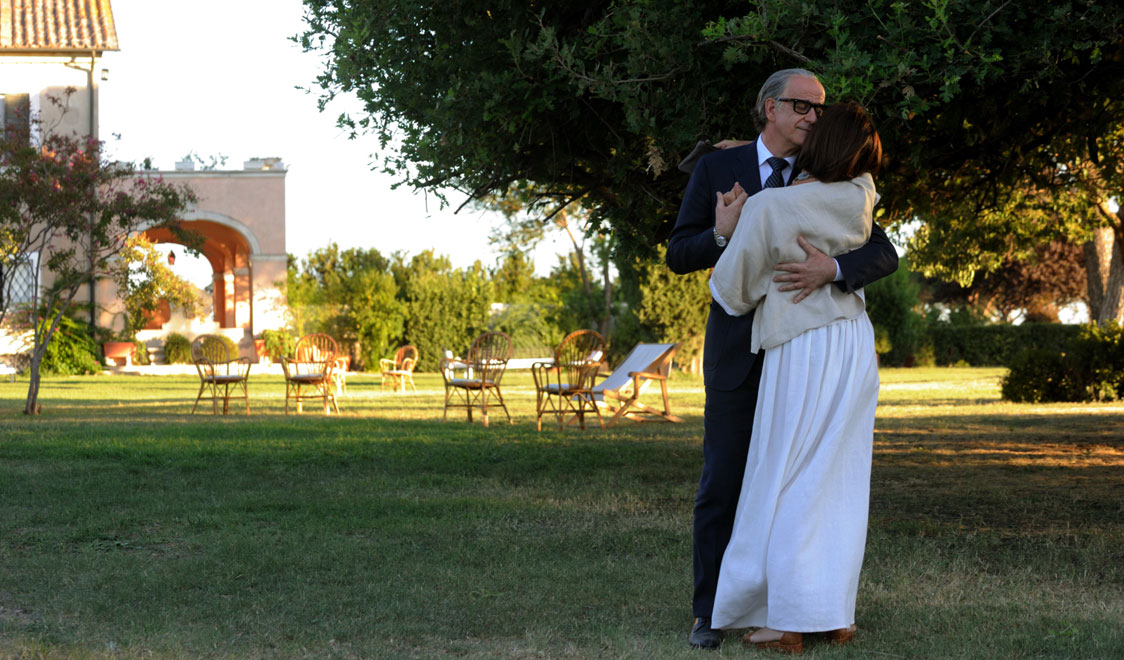 Paolo Sorrentino’s The Great Beauty picked up an Oscar last week for the Best Foreign Film, so its distributors are re-releasing it after it enjoyed a brief run last December (in North Texas, it screened only in Dallas). Now we have another chance to see this Italian bacchanal with enough gravitas and reflection to give it some heft.

After a prologue involving a bunch of Japanese tourists, the movie begins in earnest with a party at a Roman villa. Last year’s movies had a lot of great party scenes (Spring Breakers, The Great Gatsby, The Bling Ring, The Wolf of Wall Street), but none of them are as good as this one: supermodels, shirtless hunks, middle-aged guys in power suits, drag queens, burlesque dancers, tango dancers, a magician with a giraffe, a 12-year-old action painter, and a stripper bursting out of a cake shaped like the Colosseum all boogie down to techno music, opera singers, and a mariachi band. Reigning over it all with a bemused detachment is Jep Gambardella (Toni Servillo), a journalist celebrating his 65th birthday. He wrote a critically acclaimed novel once, but now he’s known as a writer of celebrity puff pieces who has access to all the country’s movers and shakers — i grandi formaggi, if you will. After his party is over, Jep receives word that a woman he once loved has died, and he reflects on his life and his love for “la grande bellezza,” the city of Rome.

If you’ve never seen anything by the 43-year-old Sorrentino, this is a nice place to start. The Neapolitan director recently made an American film (This Must Be the Place, starring Sean Penn), but he seems to truly flourish only on his own native soil, where he has a precise grip on Italy’s glories and sicknesses. Visually speaking, you can easily detect the influences of Fellini and Luchino Visconti in Sorrentino’s love of extravagant flourishes and lush décor. However, he has a social consciousness to go with it that recalls Italy’s angrier agitprop filmmakers like De Sica and Rossellini. This heady mix is on glorious display in his searing, operatic 2009 political satire Il Divo.

In between Jep’s fond reminiscences of his teenage years, the movie embarks on a string of free-associative set pieces. Jep reviews a wretched performance-art piece by one Talia Concept (Anita Kravos), who strips naked and gives herself concussions. Jep ruthlessly dresses down a colleague (Galatea Ranzi) who won’t stop going on about the sacrifices she has made for her children. Jep seeks spiritual guidance from a cardinal (Roberto Herlitzky) who’s rumored to be the next pope, only to be bored silly when the churchman won’t stop talking about duck recipes. Late in the film, Jep’s neighbor, a businessman in an expensive tailored suit, finally speaks to him: “While you all play at being artists, I create jobs. I keep this country running.” Then the police lead the man away in handcuffs.

At 142 minutes, this movie has hardly any story at all. However, it’s photographed in gorgeous chiaroscuro by Luca Bigazzi, and Servillo (Sorrentino’s habitual leading man) holds down the center as a jaded man who’s forced to stop and take stock of his life. The film coheres as a tone piece shot through with melancholy, yet its rioting energy makes The Great Beauty into a delirious piece of moviemaking.