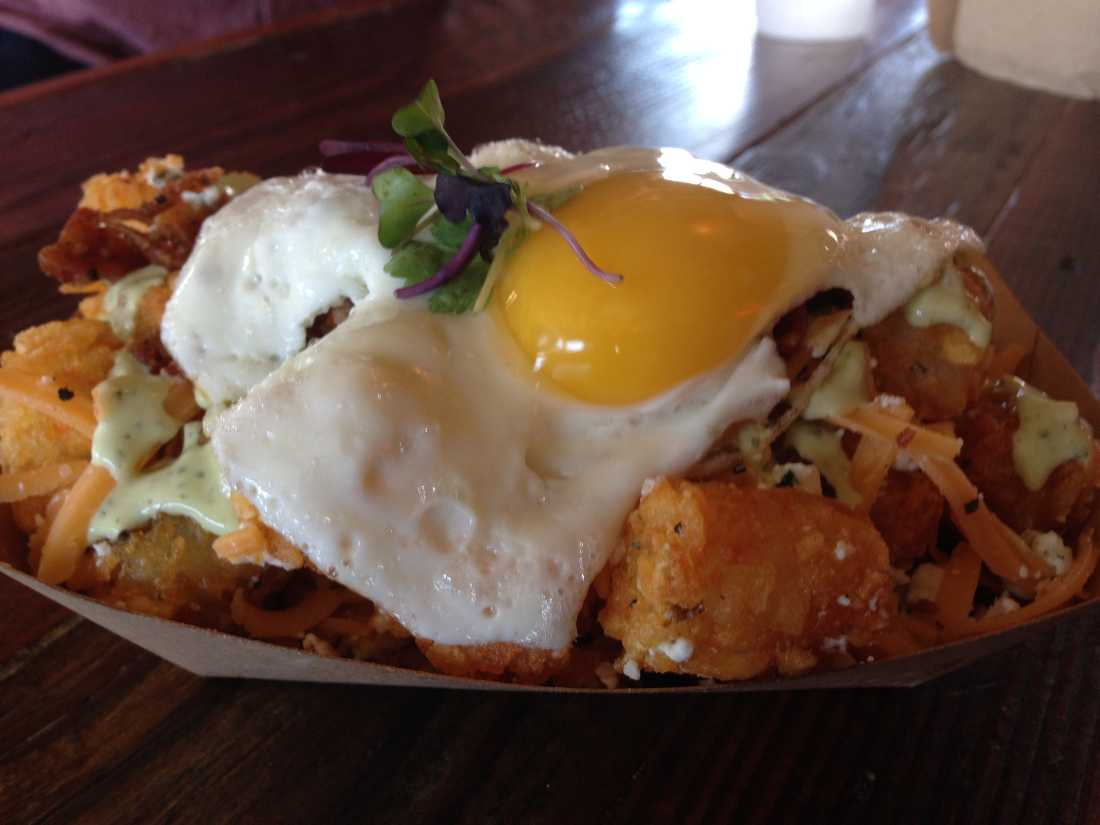 Of all the gin joints in all the towns in all the world, it had to take over mine. Like Ingrid Bergman sauntering  into Rick’s Café Américain in Casablanca, Velvet Tacos (2700 W. 7th St.) recently waltzed into town and took over the spot that up until recently housed one of my favorite watering holes, The Gold Standard. Not only did it supplant my best bar buddy, but it also dared to challenge some of my long-held beliefs on a subject near and dear to me: tacos. And it’s part of a Dallas chain.

The place peddles a peculiar, almost gimmicky kind of upscale taco. At first glance, the menu looks like a taco place for people who don’t like tacos. It borrows techniques and ingredients from all walks of culinary life. The formula seems simple: Take an ingredient or a dish that is not usually put in a taco and wrap a tortilla around it. Examples: the falafel ($3.75) and roasted pork banh mi ($3.75) tacos. But what I figured out is, at its core, the Velvet is an honest-to-goodness taco place, with whimsical, often intriguing offerings.

The joint has a cherry location on the corner of West 7th and Carroll streets, smack in the heart of the West 7th corridor. Since it’s open late (until 4 a.m. on weekends), it should attract some of the after-hours types from nearby bars, although a tough competitor for that crowd is just a beer can’s throw away — Taco Heads, a truck parked behind Poag Mahone’s  (700 W. Carroll St.).

I still look at the Velvet and see the ghosts of all those foggy nights at the Gold Standard and 7th Haven before that, even though the restaurant looks completely different now. Because a kitchen takes up more space than a collection of bottles and beer taps, the interior of the place now feels much smaller, with picnic-style seating. But the most noticeable change is that the rooftop patio built by the 7th Haven folks is gone. The only quasi-outdoor seating now is the ground-floor patio that can hold about six large men or 17 shih tzus.

On a recent lunch break, my guest and I started with a non-taco option: the crisp potato “tots” and local egg ($5.25), with herbed goat cheese, smoked cheddar, basil cream, and bacon in a paper bowl, topped with the egg that oozed rich flavor over everything. My only complaint is that it was served with a useless spork that could neither scoop nor fork the potatoes. Eating it felt like one of those challenge races at camp in which you run while balancing an egg on a spoon.

The enormous tacos ranged from good to outstanding. Our favorites were the cornmeal-crusted fried oysters version with remoulade, Napa slaw, roast corn pico de gallo, and chile butter on a blue corn tortilla ($4.95) and the grilled flank steak with tender beef, portobello mushrooms, white queso, grilled red onions, and oregano on a corn tortilla ($4.75). I wasn’t a fan of the barbecue sauce on the crispy calamari ($4.50). But the rest of the stuffing — red chili aioli, kimchee, cilantro, and something called green papaya hot pepper pico — was delicious, if gimmicky. The blue corn tortilla on the aforementioned roasted pork banh mi taco split open like it had lost a knife fight. But the flavor of its stuffing, the Thai basil crema, cucumber, spicy pickled vegetables, and radish sprouts, were worth struggling with that awful spork.

I do miss the Gold Standard, but if it had to go, at least I get tacos out of the deal –– just wish they came with real plates and flatware. That being said, this could be the beginning of a beautiful relationship.