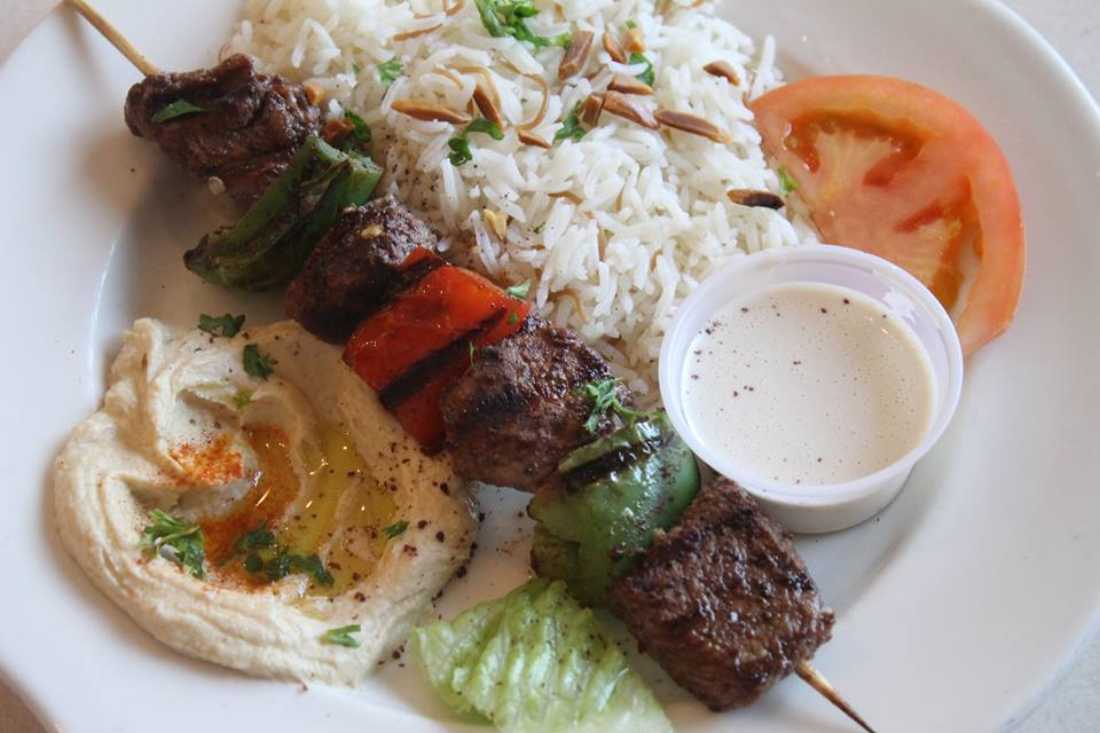 I felt like I was in an episode of the Twilight Zone titled “All Roads Lead to Ridglea.” There I was, back in that Westside ’hood, for like, the 10th day in a row. I don’t live or work near there. It must have been foodie kismet.

I initially entered the Ridglea loop because of my tattered immune system. I’ve been feeling vaguely sick with allergies since February. My eyes look like I just stumbled out of Willie Nelson’s bus, and I sneeze about a hundred times a day. To prevent myself from winding up on a police watch list for Sudafed abusers, I stopped by the Sunflower Shoppe off Camp Bowie Boulevard to load up on various snake oils … I mean natural remedies.

That gave me an excuse to try out Saffron Sky (5913 Donnelly Ave.). The place is set in a hard to find, nondescript strip mall. It’s next to an African hair braiding and weaving shop, which led my guest and me to invent a game called “Real or Weave” as we eyed the other guests in the vast dining room.

The lunch specials are $8.99 each and come with vermicelli rice, hummus, and a choice of soup or salad. Both of the soups that day were delicious. The lentil soup had a lovely lemon zest, and the Yemen-style fasoolia bean soup, with ground lamb, buttery beans, onions, and tomato was bursting with an intense garlicky flavor.

The entrée kafta kabob was good, not great. The lamb and beef on the kabob were both a little overly charred but well seasoned. The vegetarian combo hit the spot, though the falafel could have used more salt and spice in general. The baba ghannouj was just the opposite. It was heavy on the garlic but still excellent.

The next day I bought a cool old coffee table I found on Craigslist, and it turned out the couple selling it lived in Ridglea. Since I was in the neighborhood, I invited some friends to lunch at Campisi’s (6150 Camp Bowie Blvd.). I’d never been to the legendary Dallas-based chain, so there I was, cruising the boulevard once again.

The first thing I noticed was how dimly lit the dining room was. Finally, I thought, a restaurant that gets me. Most places have their lights up way too high as though they are trying to encourage their guests to read or tan.

Joe’s special garlic cheese toast ($3.95) was so hot it almost fused my tongue to the roof of my mouth. But once it cooled off, every bite was robust with garlic, butter, cheese, and a fresh tomato sauce. It was like an Italian food starter kit.

The shrimp scampi ($9.95), served on angel hair pasta, was a good example of simple, well-executed Italian food, the plump shrimp dripping with the garlic butter sauce. The combination plate of ravioli, lasagna, and spaghetti with one huge meatball ($9.95) was decent, but really hit only one note. Everything was drenched in the tomato sauce. If you get that entrée, be prepared to roll out of the place. It’s like eating one of those spongy toy animals that grow when you add water.

I finally got out of the Ridglea rut. Beyond the bee pollen and weave store, that part of town has long been blessed with great restaurants, though the cast of cooks continues to change over time. Now that I know the boulevard has still got it going on, food-wise, I’ll be back voluntarily.