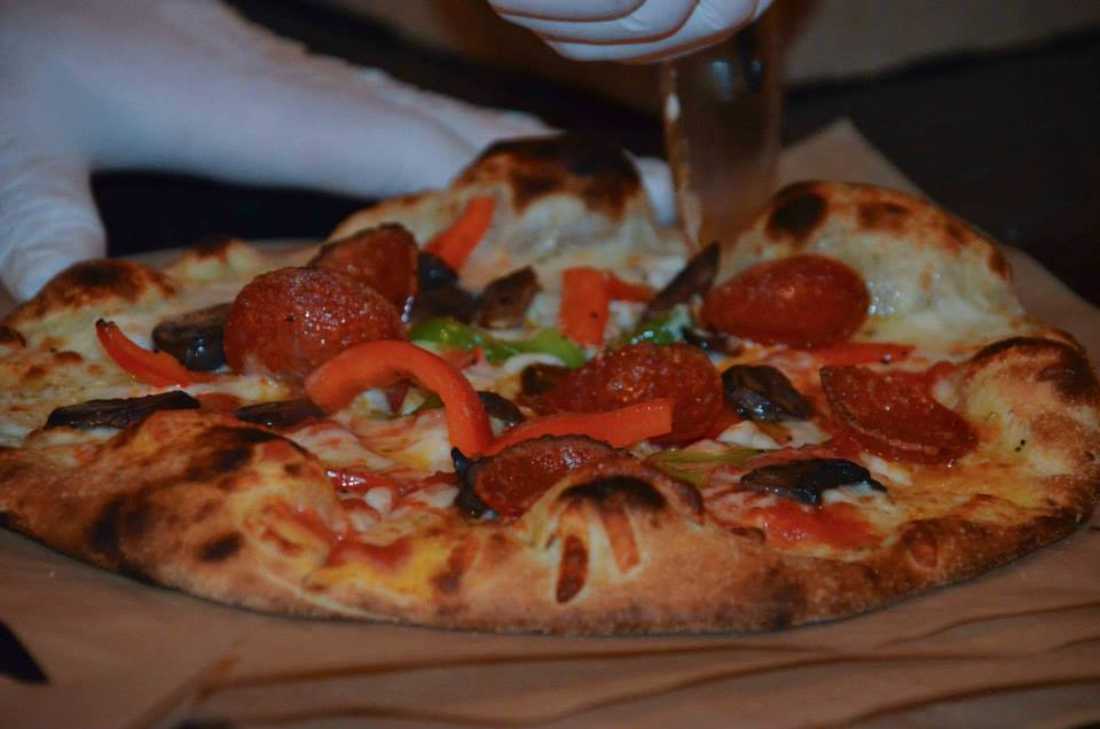 Chow, Baby used to love the Flying Tomato pizza joint in Denton. The pie wasn’t that great, but it was everything I loved about a college hangout. There was always a band working for tips and pizza, a few obnoxious but harmless drunks trying to soak up the booze with food, and legions of University of North Texas students studying in the middle of the chaos.

Alas, the place is no longer with us. But that got me to thinking about my own college days at the University of Texas at Arlington and how much time I used to spend at J.R. Bentley’s (406 W. Abram St.). I whiled away many nights pretending to study in that smoky den of iniquity. Most of the time I just brought a book, hoping that a member of the opposite sex would come talk to me. That mating strategy never worked, but at least I got to gorge on the place’s yummy bacon cheeseburgers and imbibe enough to make me forget everything I learned in school.

Unfortunately, like the Flying Tomato, J.R.Bentley’s has been closed for months because of a fire. The place is reopening on May 6.

Driving around the Texas Christian University area, I started to wonder where those kiddos hang out. I used to love getting a burger at Jon’s Grill, though I didn’t do much loitering. Jon’s is gone too, though not to fire, and as I drove by its former space, I noticed a couple of new (to me) restaurants on that little strip of University Drive between West Berry and West Bowie streets.

You wouldn’t think a place called Pizza Snob (3051 S. University Dr.) would be able to crank out a pie in five minutes, but it can. The place works as a pizza assembly line, like Pie Five but with more rules. I guess that what makes them snobs. As in, you can’t pick more than four toppings for your pizza. I opted for candied jalapeño, plum tomato sauce, rosemary goat cheese, and sausage ($7.99). The thin pie was a good combination of sweet, spicy, and creamy.

The dining room is loud, like one of those places that are engineered to be “lively.” On my recent weekday visit, that loud space was packed, mostly with students. That doesn’t make it a hangout by my definition — it just wasn’t quirky or funky enough. The pizza is good though.

I went back a few days later to check out Sol De Luna Restaurant (3305 S. University Dr.) next door. The place was pretty much dead when I got there around noon, but business had picked up quite a bit by the time I left. I’m certain that I and maybe the kitchen staff were the only non-students.

On the suggestion of my very intense server, I went for the taco lunch special ($6.50), with one shredded chicken and one shrimp taco. The tacos were loaded with lettuce, tomatoes, sour cream, and pico. The shredded chicken was tender and delicious, while the shrimp were rubbery and overcooked, with caked-on spices in which I could taste cumin and possibly powdered ginger.

I overheard one young lad in line commenting on how great the breakfast is at the place. I’ll have to go back and try it.

Kids these days. They don’t know what real hangouts are. I’m going back to Arlington to wait for J.R. Bentley’s doors to reopen. Maybe they’ll leave some of the old sooty smell intact, or cracked leatherette booths. Perfect.