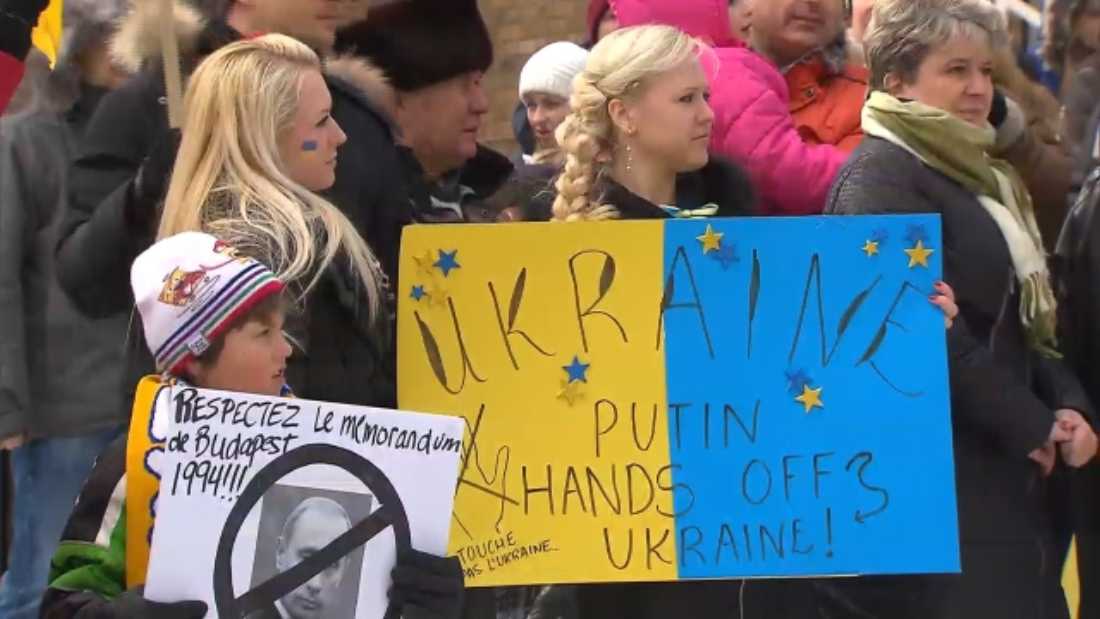 With apologies to God, Voltaire, and the Ukrainians, I must point out that if Ukraine did not exist, it would not be necessary to invent it. It has no resources the world cannot do without, and it is not a “vital strategic interest” to anybody except the Ukrainians themselves. Not even to the Russians, although they are acting differently at the moment.

Bosnia is nobody’s vital strategic interest either, and it wasn’t a hundred years ago. But Bismarck warned in 1898 that if there was ever another major war in Europe, it would come out of “some damned silly thing in the Balkans,” and an assassination in Sarajevo in 1914 fulfilled his prophecy to the letter.

Some things have changed since then, however. The next world war will not come out of Ukraine (just northeast of the Balkans), no matter what happens in the next few months. Russia might invade Ukraine, there might even be a new Cold War for a while, but there will be no fighting in Europe beyond Ukraine’s borders.

Indeed, apart from the Balkans, there has been no full-scale war in Europe for the past 69 years, and there was never the slightest risk that the fighting in the 1990s would spread beyond the borders of former Yugoslavia. There may never have been a day, in 45 years of the Cold War, when either side seriously considered attacking the other.

The reason was simple: They knew what would happen next, even if neither side used the nuclear arsenal at its disposal. Twice in 30 years, major wars using modern weapons had been fought over almost all of Europe’s territory.

On the first occasion, they lost a generation of young men. The second time, most countries from Germany eastward lost around 10 percent of their populations — and most of those killed were civilians. Half of the continent’s great historic cities were reduced to ruins. It was a very expensive lesson, but the Europeans did finally learn it: Don’t do this anymore.

That is why, even as Russian tanks drive up to Ukraine’s eastern borders and the Ukrainian army prepares to die in a fight it can’t win, nobody else in Europe is getting ready for war. If the Russians want part or all of Ukraine, they can take it — and pay the long-term price, which would be very high. But nothing in Europe is worth blowing up all of Europe for.

Do not be alarmed by the fact that troops and planes from as far away as the United States and Canada are being sent to NATO countries bordering Russia. Their purpose is simply to remind the Russians that the alliance will protect its own members should Moscow ever decide that it needs to “protect” Russian-speakers in Latvia, Lithuania, and Estonia.

Moscow knows that. It has seized Crimea and may seize more of Ukraine precisely because that country does not fall under the NATO umbrella. And it’s not under the umbrella because NATO decided 20 years ago that it didn’t want to be responsible for Ukraine’s defense.

That was an entirely rational decision, because the Russians clearly saw Ukraine as within their sphere of influence. This is the first time it’s been independent from Russia for any length of time in more than three centuries.

Post-Soviet governments in Kiev have been horrendously corrupt, and the country as a result is even poorer than in Soviet times. The eastern Ukraine is an industrial museum whose products are salable only in Russia; what people there really fear for is their jobs, not their right to speak Russian.

For 20 years Russia more or less respected Ukraine’s independence, while seeking, naturally enough, to ensure that its governments were friendly. The collapse of the status quo is partly the European Union’s fault for demanding that Ukraine choose between closer trade ties with the EU and full membership in Russia’s “Eurasian Union.”

It is even more the fault of Moscow: President Vladimir Putin has been emotional and opportunistic, and he’s scaring people — never a good idea.

If he does take more or even all of Ukraine, the West will not fight him. It will just take in all the Ukrainian refugees, strengthen its eastern defenses, and begin the slow process of bringing down Putin by crippling the Russian economy. That would take years, but nobody would forget about Ukraine. It is a UN member, and even China has stopped supporting the Russian position.